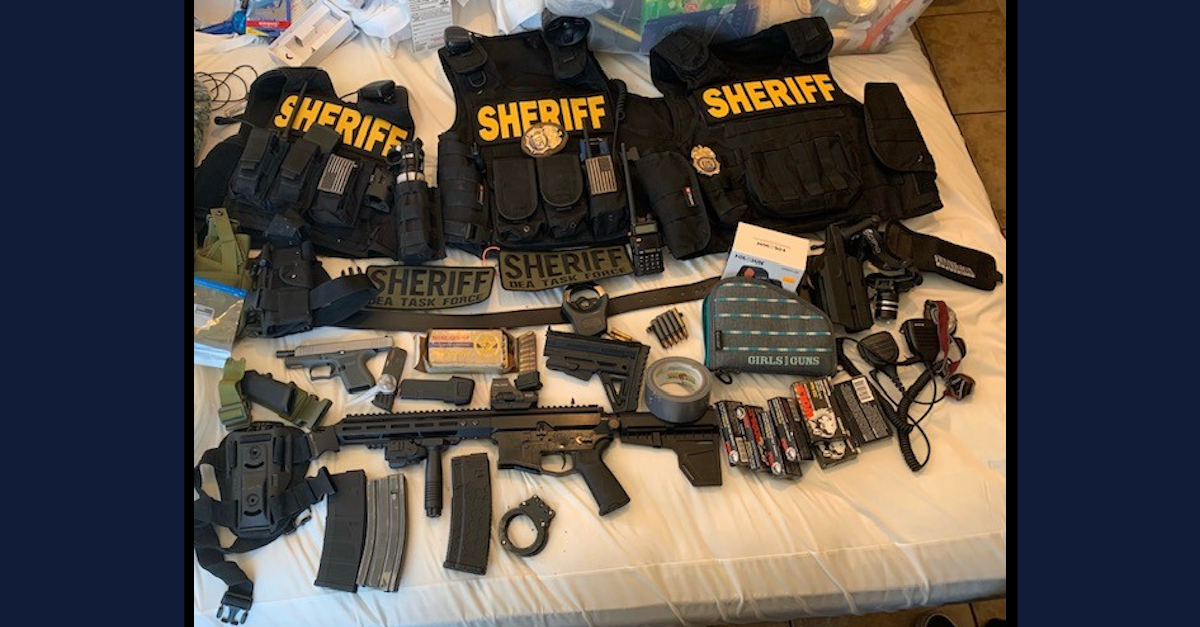 Fake police gear was allegedly seized during a police raid which netted charges against Bobby Bohannon and Kayden Cotter last year. The couple was again in trouble with the law this past weekend. (Image via the San Bernardino Sheriff’s Office.)

A visit from local law enforcement resulted in a tense standoff after a California couple barricaded themselves in an attic over the weekend.  It wasn’t the first time the defendants had been in trouble with the law in recent months.

Let’s start with the most recent allegations.  Bobby Bohannon, 35, got a visit on Saturday afternoon from members of the Victor Valley Sheriff’s Office after he allegedly made “threats of violence to family members,” according to an incident report filed over the weekend. Deputies arrived at the home hoping to speak with Bohannon about those reported threats, but he had other plans, according to the deputies.

“Bohannon refused to come out of the residence,” states the incident report. The suspect and his girlfriend, Kayden Cotter, 19, then decided to head for higher ground and barricaded themselves in the attic, noted the report.

Unbeknownst to the couple, deputies had started to call in backup in hopes of navigating what had suddenly turned into a tense situation.

After the arrests, a search of the house got underway.  The fruits of that labor included a butane honey oil lab, several fake firearms, ammunition, body armor, ballistic helmets, and fake search warrants. The incident report also notes that a gray vehicle parked outside the house had flashing blue and red lights wired to its ceiling in a manner and style similar to those on a police cruiser.

The couple were both booked into the High Desert Detention Center. Inmate records show that Cotter is being held in lieu of $100,000 bail; Bohannon is being held without bail. According to the incident report, Bohannon faces a charge of growing a controlled substance. Both face multiple weapons charges after authorities alleged that both Bohannon and Cotter were seen with body armor and ammunition. Those items are illegal for a convicted felon to purchase or possess under California law. 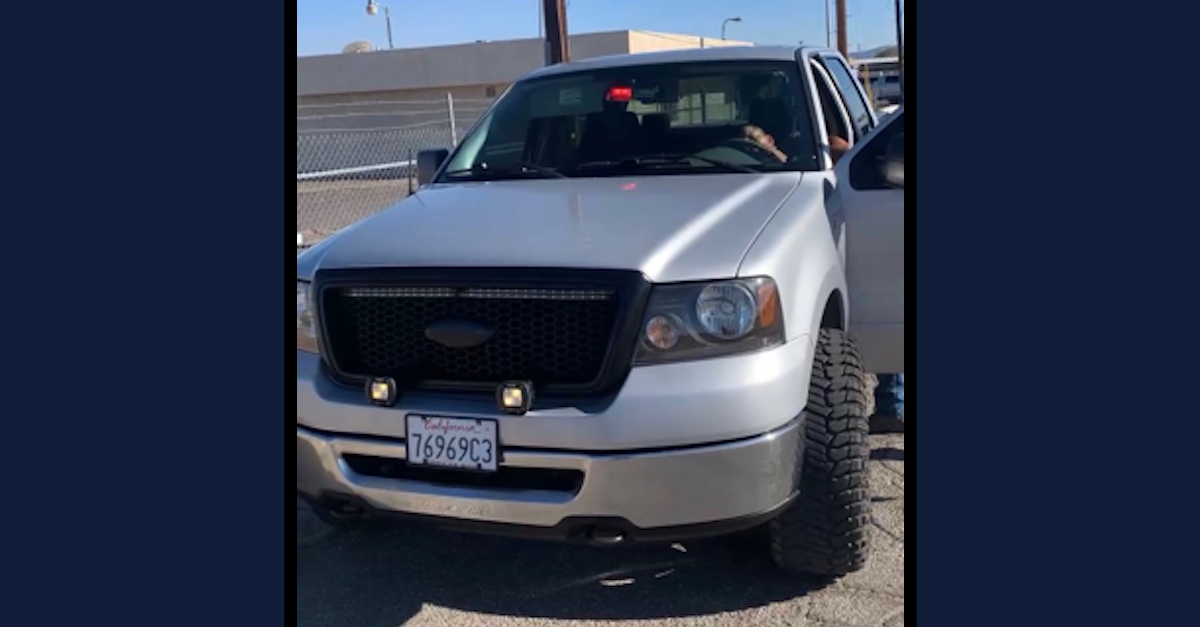 A car wired up to potentially look like a police cruiser was allegedly located during a police raid which netted charges against Bobby Bohannon and Kayden Cotter. (Image via the San Bernardino Sheriff’s Office.)

This is the second time deputies have reported finding Bohannon and Cotter with fake police uniforms and paraphernalia. Members of the Sheriff’s High Desert Regional Gang Team obtained a warrant to search a hotel room where Bohannon and Cotter had been staying back in September of last year. The incident report filed in that case revealed that the investigators found “multiple police-style vests, various replica law enforcement badges, a 9mm pistol, an AR-15 style rifle, methamphetamine, and marijuana.” Members of law enforcement also noted that Bohannon’s truck at that time “was equipped with an audible siren and law enforcement style, forward-facing lights.”

Investigators further revealed that they believed “Bohannon and Cotter could be involved in recent home invasion robberies and may have been impersonating a Deputy,” the report indicates.

The two were booked into the High Desert Detention Center with inmate reports that listed weapons and drugs charges in connection with the earlier case.