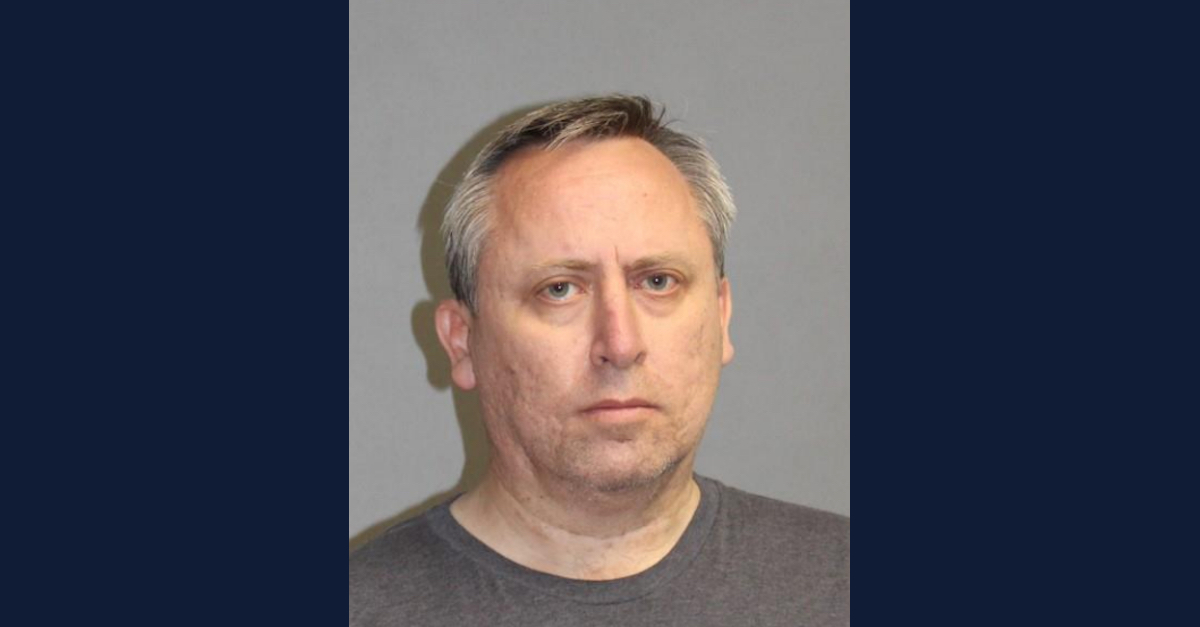 A New Hampshire pastor was charged Tuesday morning on a child pornography charge, police announced after the arrest.

“I think this case is particularly concerning because he is a pastor and somebody that’s involved in the community here,” Nashua Police Department Lieutenant Brian Trefry said in comments reported by Boston-based independent television station WHDH.

“During a search of his person, he had some thumb drives or flash drives on him, which we were able to analyze on scene and they contained child pornography,” Trefry told Boston ABC affiliate WCVB.

According to a press release, the investigation into the defendant began over five years ago in August 2016 after the National Center for Missing and Exploited Children sent the NPD a tip that child pornography had been accessed by an electronic device using an IP address associated with the Bible Baptist Church in Nashua, NH.–the same place where Bates worked and tended to his flock.

Additional NCMEC tips were received again in 2017. Police say they investigated each one of those tips but were unable to gather enough evidence to support criminal charges–at least for awhile.

Another year passed with little progress made. Then law enforcement’s luck changed–albeit quite slowly.

In 2019, Homeland Security Investigations in Denver, Co. targeted a producer and distributor of child pornography. The suspect at the center of that investigation had shared child pornography via social media with an unidentified person whose IP address was, yet again, associated with the Bible Baptist Church in Nashua.

In 2021, Blaine, Wash.-based HSI agents were investigating the sexual exploitation of a child. The suspect in that case had communicated with someone on social media about their shared interest in having sex with children. Once again, that unknown individual’s IP address was associated with the church where Bates preached.

The Bible Baptist Church’s website is currently partially offline; the main page reads “unavailable.” According to WCVB, the website identified the beginning of Bates’ ministry there as Aug. 7, 2005.

The NPD, in their press release, insist the defendant was always a “person of interest” in each of their prior investigations but say there just “wasn’t sufficient evidence to charge him with any crimes.”

That calculus changed substantially, police said, after the execution of search warrant at around 9:45 a.m. Tuesday.

“During a search of his person two flash drives were located,” the NPD’s press release alleges. “During a review of the content on the drives numerous images of child pornography were located. As a result of him possessing child pornography Pastor Bates was arrested. Pastor Bates has been initially charged with Possession of Child Sexual Abuse Images but more charges are expected as the investigation continues and more digital evidence is analyzed.”

Bates was detained but made cash bail set at $3,000 before he could be arraigned, aa court official told Law&Crime.

As part of his release, the defendant waived any extradition proceedings and agreed to certain conditions of release.

Bates’ next court appearance has not been set and is currently to be determined, those court documents note.

Under Granite State law, the defendant faces a maximum 15 years in state prison on the child sexual abuse images charge.