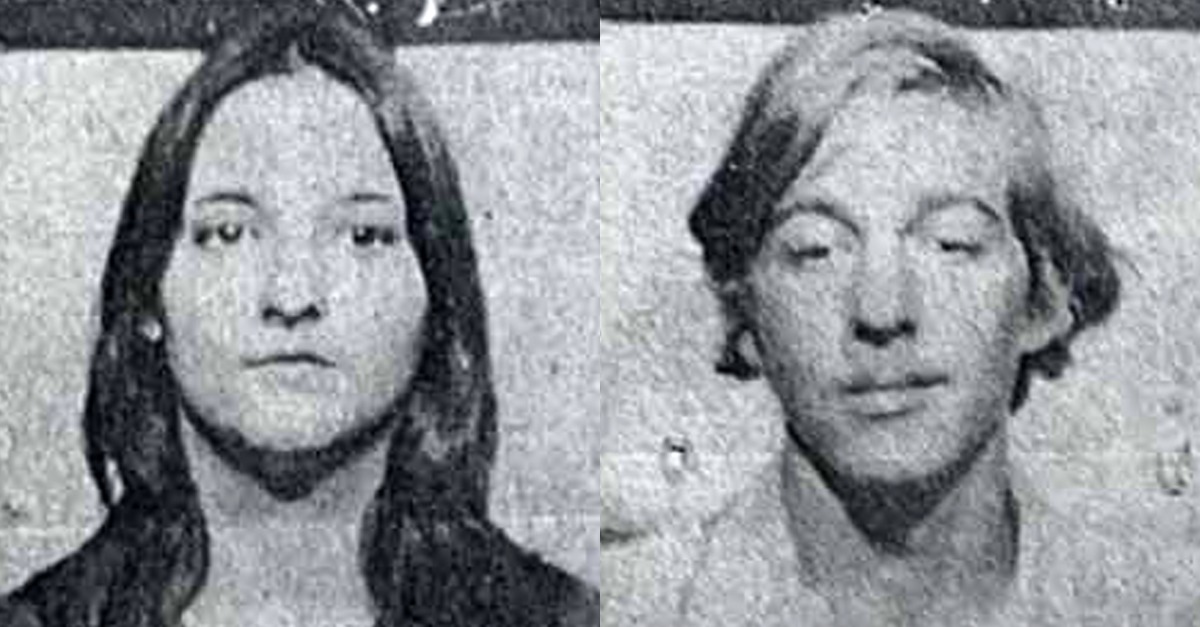 Cynthia Frayer and Kirk Wiseman were found dead in the woods near a lake in Oregon way back in 1978. Now, over 43 years later, police say the long-puzzling double homicide cold case is closed.

“I would love to say it’s just another case, but it’s not,” Klamath County Sheriff’s Office Detective Dan Towery said during a press conference last month when the investigation was suspended. “I am just lucky enough to be the last one in the chair to take it across the goal line.”

According to Medford, Ore. CBS affiliate KTVL, after passing through the hands of multiple sheriffs and detectives, the case is now solved.

The case was first investigated by eventual-sheriff Carl Burkhart, who was a deputy at the time of the slayings. His initial efforts showed that the 17-year-old Frayer and 19-year-old Wiseman had been shot multiple times with a small-caliber gun. Additionally, the soon-to-be-sheriff found, Frayer had been sexually assaulted.

Burkhart served as sheriff for 12 years after the murders.

Eventually the Frayer-Wiseman murders made their way to KCSO Detective Nick Kennedy, and though some progress was made, the answers were still elusive. Kennedy retired in 2018. Then the case file was briefly assigned to Detective Geneva Lewis, who sent articles of Frayer’s clothing to the Oregon State Police Crime Lab in Bend for DNA analysis, according to the Klamath Falls, Ore. Herald and News.

In 2019, the case was passed once-more, finally, onto Towery’s desk.

“Early Spring 2019, I got a call from Devon Mast at the Bend Crime Lab who was the forensic scientist assigned to the case, he has worked with Detective Kennedy and he has submitted the Frayer’s clothing,” Towery told KTVL earlier this week. “Fast forward to 2019, I got a call saying that (Mast) identified DNA from the victim’s clothing.”

The crime lab specialist had even better news: that DNA had yielded a hit, and that hit was their potential suspect. More testing ensued.

“Somewhere around the end of May, first of June I get an email from Ryan Chambers who’s the head of the DNA division in Portland,” Towery continued. “He confirmed in his lab report that we have an unknown male suspect that has been entered into the national CODIS.”

An all-but fixture of recent cold case coverage in the news media is the FBI’s Combined DNA Index System, or CODIS, which matches unidentified DNA profiles with those of known offenders. Often law enforcement agents work with genealogists to firm up their own results. That combined system proved integral in the Frayer-Wiseman case.

“In the meantime that is when I remembered the TV shows and the documentaries about Parabon,” Towery went on — referring to a private company that specializes in DNA phenotyping services for law enforcement organizations in order to help solve cold cases.

The detective then reached out to Klamath County District Attorney Eve Costello to sign off on the use of funds for Parabon’s services.

First came the phenotype results — descriptions of the suspected killer’s nationality, ancestry, and likely physical characteristics. The case being so old, however, no suspects matched those traits.

“Then we proceeded to the next step which is the genealogy portion,” Towery explained to KTVL. “And that final report came back identifying Ray Whitson Jr.”

The suspect died in 1996 and therefore will not be prosecuted.

But, authorities say, they’re happy to provide some closure to the victims’ families.

“There’s a letter from Cynthia to her mom and dad a few days prior, it was never mailed, it talked about what they were doing in Washington, talked about their hopes and dreams, and never got mailed,” Towery added, again to the television station. “I am going to give it to her mom.”

Former Klamath Falls police chief Dan Tofell remembers the sad and cold day when he was dispatched, as a young deputy, to the bodies discovered by a person cutting firewood on Nov. 17, 1978.

“It was a very gruesome scene,” Tofell said last month, according to the Herald and News. “It’s not everyday you find two young people killed in the way they were . . . I still remember it vividly. I can still picture it. You could tell that whoever did it didn’t have much respect for human life, the way the bodies were disposed. It seemed like it was a very callous murder.”

[images via handouts from the Klamath County Sheriff’s Office]