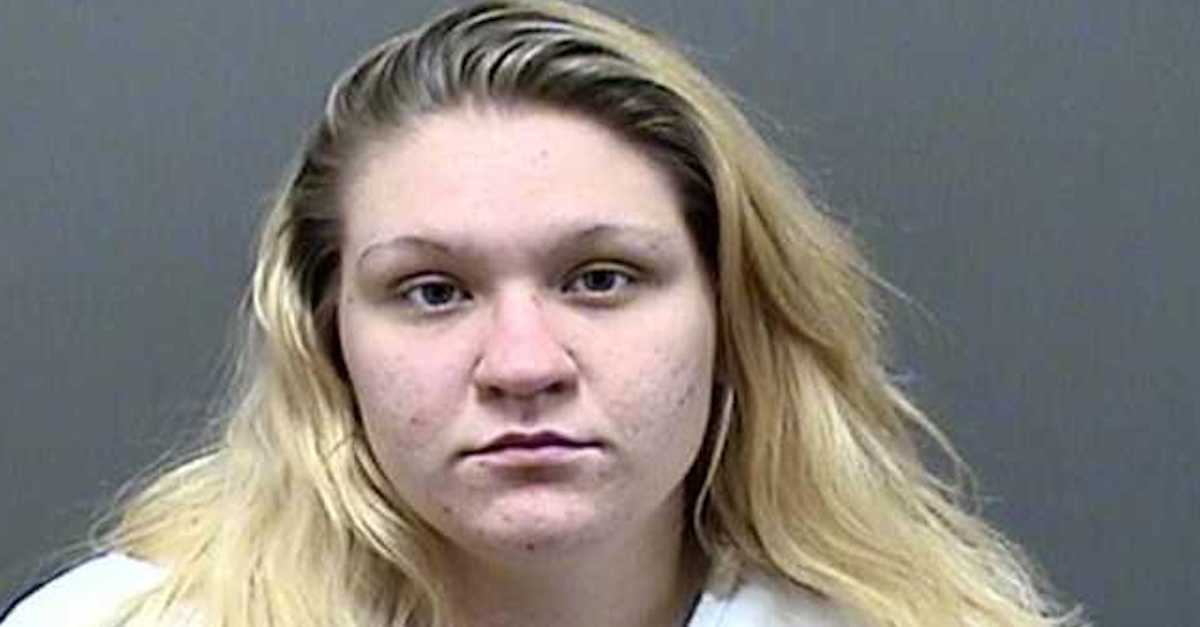 A 26-year-old Wisconsin woman who previously worked at an assisted living facility faces up to two decades behind bars after admitting to filming and distributing a video of herself beating a male patient while he was nude and bound at the ankles.

Aymee J. Matson on Monday appeared before Judge Robert Repischak in Racine County Circuit Court where she formally pleaded guilty to one count of false imprisonment, one count of intentionally abusing a patient causing bodily harm, and one count of capturing an intimate representation for allegedly filming her attack on the patient, court records reviewed by Law&Crime show. Authorities said that the victim has a “diminished mental capacity.”

All three of the charges Matson pleaded guilty to committing are felonies, and she faces a maximum sentence of up to 22 years in a state correctional facility.

Matson was initially charged with 16 total criminal counts, including an additional 5 counts of intentional abuse and four counts each of false imprisonment and capturing an intimate representation.

She pleaded not guilty to all charges in September 2021, but stuck a deal with prosecutors in the Racine County District Attorney’s Office to plea to one count of each crime in exchange for the other 13 charges being dismissed. However, all 16 criminal counts will be read into the record, according to the court docket.

According to a press release from the Racine County Sheriff’s Office, deputies were alerted on Jan. 11, 2021 to a “disturbing video” showing an employee — later identified as Matson — abusing the male patient inside of the assisted living facility.

“Investigators obtained a copy of the video which shows a female party kicking the male party in his hand and head repeatedly until the male party falls to the ground,” the sheriff’s office said in the press release. “The male party, who suffers from a diminished mental capacity, is seen on the video completely nude with his ankles bound.”

Management at the assisted living facility confirmed to detectives that the adult male victim depicted in the video was a resident. The facility also confirmed that the attacker was Matson, who was one of their employees. Investigators then went to the facility to conduct a welfare check on the victim and found that Matson was on-duty at the time.

In a subsequent interview, investigators said that Matson offered a bizarre reason for sending the video of the attack to her friends.

“Matson admitted to the assault and to placing the restraints on the male victim, against company policy and procedure,” the press release said. “Matson, when interviewed by investigators, stated that she sent the video to prove to her friends that her work is difficult and that she does ‘not sit on my butt all day.'”

Matson is currently scheduled to appear in court again in Feb. 3, 2023 for her sentencing hearing.