‘An Unspeakable Level of Evil’: Milwaukee Man Who Murdered 12-Year-Old Grandson with Sledgehammer Sentenced to Prison 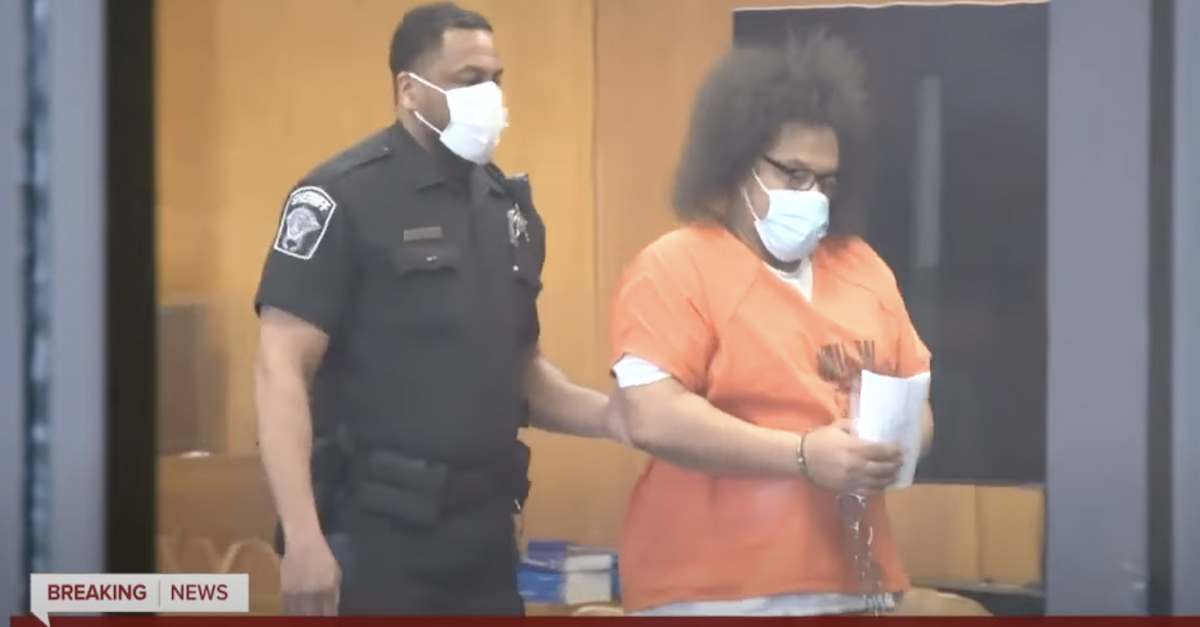 A Milwaukee grandfather will spend the rest of his life in prison for the brutal murder of his 12-year-old grandson last year, court records reviewed by Law&Crime show.

Judge Rothstein handed down consecutive life sentences on the first two charges, plus an additional 23 years on the remaining charges, also to be served consecutively. Some of the lesser charges stemmed from Martina abusing Andre’s 8-year-old brother.

The sentence closely followed the recommendations from prosecutors.

During trial, Martina reportedly attempted to argue that his grandson pointed a gun at him and he was acting in self-defense. Prosecutors argued that the boy’s injuries were far too severe for self-defense, and instead claimed that Martina became enraged because he thought Andre stole money from him.

“The extreme nature of the violence this defendant imposed — the scope of the violence — demonstrate an unspeakable level of evil,” Milwaukee County Deputy District Attorney Matthew Torbenson said during the hearing, per Milwaukee Fox affiliate WITI.

Martina addressed the court and apologized for what he did to young Andre, WITI reported, but he refused to fully take responsibility for his actions.

“I was scared to come back to Milwaukee ’cause we all know what goes on here – that dark cloud,” Martina reportedly said, adding, “I’m profoundly sorry that I wasn’t able to control my panic and anxiety.”

“You, in turn, then come into this courtroom and blame this community for your actions. Shame on you. That’s a coward’s way out,” she reportedly said.

“It’s only right that he never sees light beyond the prison walls,” she reportedly said. “I’m glad that she called him out and gave him the proper sentence he deserves. He don’t need to come out of jail, never.”

As previously reported by Law&Crime, Martina had recently relocated from Indiana back to Milwaukee so that he could “reconnect” with his two grandchildren. He asked the boys’ grandmother and legal guardian, Illysha McCroy, if the kids could sleep at his home on the evening of Aug. 28, 2021, and she agreed.

The next morning at 8:24 a.m. Martina sent McCroy a text message accusing his 12-year-old grandson of stealing money from him. When McCroy asked where the boy was, Martina allegedly responded, “he’s bleeding.”

A “panicked” McCroy then woke up her daughter, Nia Moore, and her boyfriend, Anthony Anderson, both of whom live with her, and told them to go pick up the boys right away, according to court documents.

Upon arriving at Martina’s home, Moore knocked on the door, which the 8-year-old boy opened, the filed complaint stated. The younger victim then immediately ran to the car. Anderson told police that Nia walked into the home and shouted, “Oh my God, you are going to jail for this,” before telling Anderson to go into the house.

“As Anthony walked inside, he observed [Martina] dragging [Andre’s] body from the bathroom into the kitchen,” the complaint states. “There was a large amount of blood and what appeared to be brain matter on the kitchen floor and walls. [Martina’s] entire body was covered in blood. [Andre] appeared unconscious. [Andre’s] head looked ripped open with the skull exposed. Anthony took his shirt off and wrapped it around [Andre’s] head.”

The couple rushed the children to Saint Joseph’s Hospital where Andre later died. His younger brother was treated for lacerations on his head, a fractured finger, and “bruising to his body consistent with child physical abuse.”

Investigators interviewed the younger brother who told them his grandfather “was angry about missing money” and said that when he could not find it, he started to strike him and his brother “in the head with a mallet, a sledgehammer, and a coat rack.”

“[Martina] picked [Andre] up, choked [Andre] with a belt, and then threw [Andre] into the wall, causing [Andre] to bleed a lot. The defendant took a cane and began to strike [Andre] and [his younger brother] in the head with the cane,” the complaint states.

Andre’s younger brother also allegedly told police that Martina’s mother, Cassandra Martina—the child’s great-grandmother—was present and witnessed the gruesome crime. The complaint noted that she is disabled and was unable to intervene.

Cassandra Martina allegedly told police that she was awakened by her son viciously beating her great-grandchildren, confirming that he used a hammer and a cane in the attack, which she said lasted for “an hour to an hour and a half.”

An autopsy conducted by the Medical Examiner for Milwaukee County determined that Andre’s skull was “severely fractured, consistent with multiple blunt force blows to the head.” The ME also found that Andre also suffered “severe injury to the brain,” and “trauma to the back, including hemorrhaging around the kidneys.”

Investigators said that during an interview following his arrest, Martina admitted to beating his grandson—at one point saying the child “knew” he was “going to kill his ass.” He also allegedly said that he didn’t remember using a sledgehammer in the attack, but added that “he was told by his mother that he did.”

“During the interview, [Martina] admitted to killing a boy in 1989 and said he wanted to talk with police as the defendant has nothing to hide,” the complaint says. “The defendant believed the entire incident lasted from 3:00 AM until well after 8:00 AM.”

Martina previously served a 4-year prison sentence after being convicted of homicide by reckless conduct in 1990.