‘A Sadistic Monster With No Heart’: Texas Man Gets Two Life Sentences For Crashing Propane Tank-Filled Truck into RV with Pregnant Ex Inside 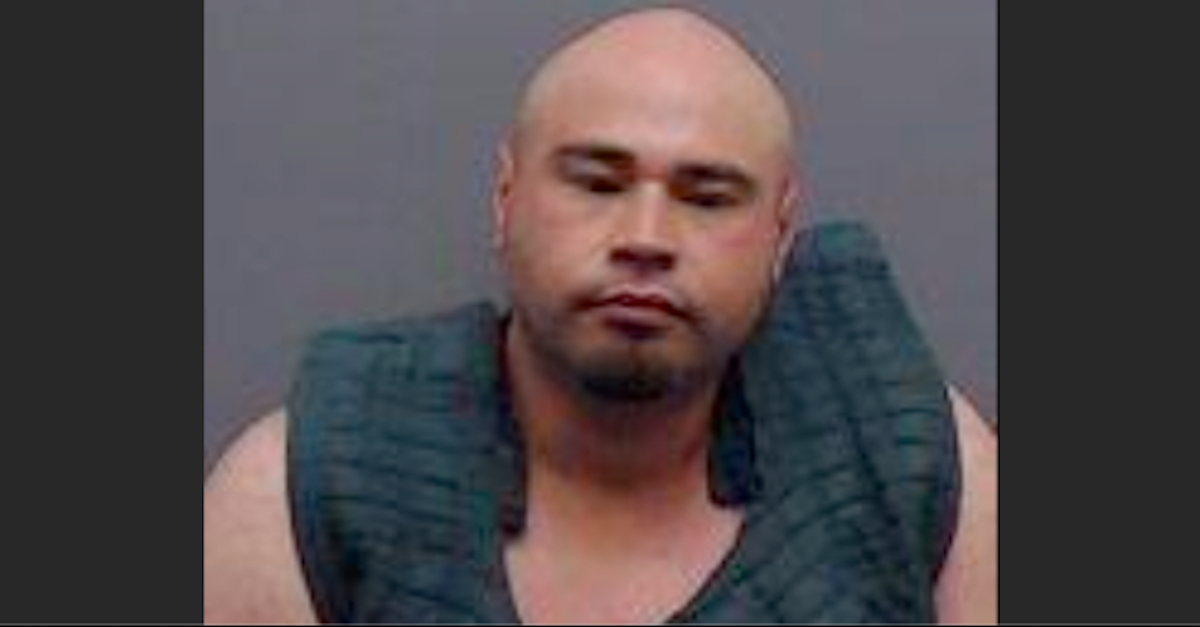 A judge in Texas sentenced a man to serve two life sentences in prison after he admitted to using his pickup truck to ram into an RV trailer, killing his ex-girlfriend and her new flame after the victim told him that she was pregnant.

David Joshua Reed, 40, of Lindale, on Friday pleaded guilty in the 241st District Court to the murders of 23-year-old Shelby Duarte and 43-year-old Timothy Nelson on Dec. 9, 2020, the Tyler Morning Telegraph reported.

Reed, who was initially charged with capital murder of multiple people, had originally been scheduled to begin his trial Monday before reaching a deal with prosecutors who took the death penalty off of the table.

Several of Duarte and Nelson’s friends and family members were permitted to read victim impact statements during Friday’s emotional proceeding.

”David, I have waited for this day for a long time, and I don’t believe you deserve a plea agreement,” Nelson’s sister Mistie Tidwell said, according to Longview ABC affiliate KLTV. “I don’t think you are capable of understanding because you are a sadistic monster with no heart or soul. Do you realize what you have done to us?”

Duarte’s brother was nearly escorted out of the courtroom after he reportedly yelled that Reed should be put to death instead of given a plea deal.

According a previous report from KLTV, investigators with the Smith County Sheriff’s Office were dispatched to 19749 County Road 431 just after midnight to assist with a fatal crash where a Dodge pickup truck had collided with the side of an RV trailer.

“Two bystanders who were either located inside the camper trailer or outside next to it were also struck by the vehicle,” an arrest warrant obtained by the station stated.

After being struck by the vehicle, the victims were reportedly thrown “more than 65 feet” from the trailer and slammed into the front of a nearby house where members of Nelson’s family lived. Nelson, who was found by his mother, reportedly died on impact. He was pronounced dead at the scene. Duarte was airlifted via helicopter to a local hospital but soon died from multiple severe injuries.

The truck, which was reportedly packed with four full propane tanks, was registered to Reed, whom police had already identified as a suspect in cases of aggravated kidnapping and assault against Duarte. Authorities quickly located and arrested Reed, who they said had a set of keys for a Dodge vehicle in his pocket and fresh bruising around his abdomen.

“Reed admitted to affiant he did drive through the camper trailer and it was his intent to cause harm and death to Duarte and Nelson,” the warrant stated. “Reed explained Duarte told him she was pregnant with his baby. Duarte continued to be with Nelson and would tell Reed she was going to come back to him.”

Reed reportedly told investigators that Duarte had sent him text messages the previous night that “made him mad,” and he decided to drive to Nelson’s residence and kill her, while also taking his own life.

“Reed told affiant he wanted to kill himself as well, so he loaded up the front seat of his truck with propane bottles, believing the crash would blow him up,” the warrant stated.

After he saw Nelson’s vehicle parked outside the RV, Reed reportedly called Duarte and left her a voicemail stating, “You reap what you sow. I will see you in hell.”

Reed reportedly told police that as he sped towards the RV he opened the valves on all four propane tanks, telling officers “he did not care anymore and also knew he would be killing his unborn child,” per the affidavit.