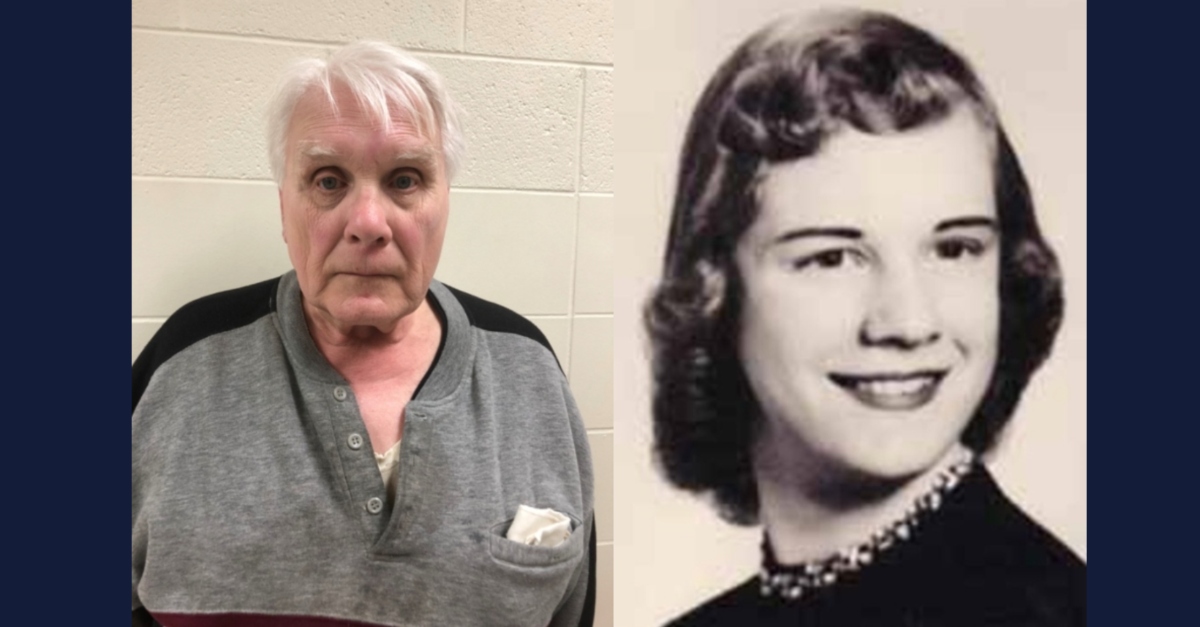 Jurors convicted an elderly man on Friday of murdering his missing wife in a cold case going all the way back to 1975.

Prosecutors in Door County, Wisconsin, argued that Carol Jean Pierce, 35, was truly dead, and that her husband Richard Gale Pierce, now 86, is the one who killed her.

Authorities described an ugly relationship when they charged defendant Pierce, a retired member of the U.S. Coast Guard, in 2018. Colleagues who worked with him said Carol Jean started a lot of the fights between them, but neighbors claimed to see her with bruising on her face.

“I think he’s going to kill me,” Carol Jean said, according to yet another neighbor.

The victim was last seen Sept. 5, 1975 when the couple lived in Sturgeon Bay, Wisconsin, but a missing person report was only filed 82 days later. Richard Pierce divorced Carol Jean in 1977.

Authorities maintained that defendant Pierce had much to gain from Carol Jean’s death: a pension without a wife being in the way; most of the important possessions from their marriage; land and a home in Michigan; a new girlfriend weeks after Carol Jean went missing; and the “benefit of Carol Jean’s silence.”

Defense lawyer Kate Zuidmulder argued her client should not be convicted since Carol Jean’s has never been found, according to WBAY.

To overcome that, prosecutors had to convince jurors that Carol Jean was definitely dead. Assistant District Attorney Nick Grode reportedly rejected the idea that she fled and started a new life without telling anyone. For example, as evidence she did not plan to leave, the prosecutor highlighted letters she sent her mother. Carol Jean planned to move with her husband to Michigan, and she was excited about it.

Despite this, there has been no sign of Carol Jean throughout all these decades, authorities said.

Prosecutors suggested that defendant Pierce hid the victim’s body at his Michigan home but had moved the remains at some point.

Deputy Ronald Fenlon of the Cheboygan County Sheriff’s Office testified about there being a cut in the concrete in 2008 filled with dirt, rock and earth, but this cut was no longer filled in when authorities looked in 2018.

“While videotaping, I was able to observe a void that went back underneath the cement floor of the crawl space,” Fenlon said.

Dog handler Alyssa Palmer testified about participating in the 2018 search with K9 Hela, a human remains detection dog. She said Hela found the presence of such remains at six locations in the Michigan home.

Richard Pierce did not testify, nor did the defense bring up any witnesses.

Sentencing is set for Aug. 5 on a count each of first-degree murder and disinterment of dead, according to WBAY.

[Booking photo of defendant Pierce, and image of Carol Jean Pierce via Wisconsin Department of Justice]