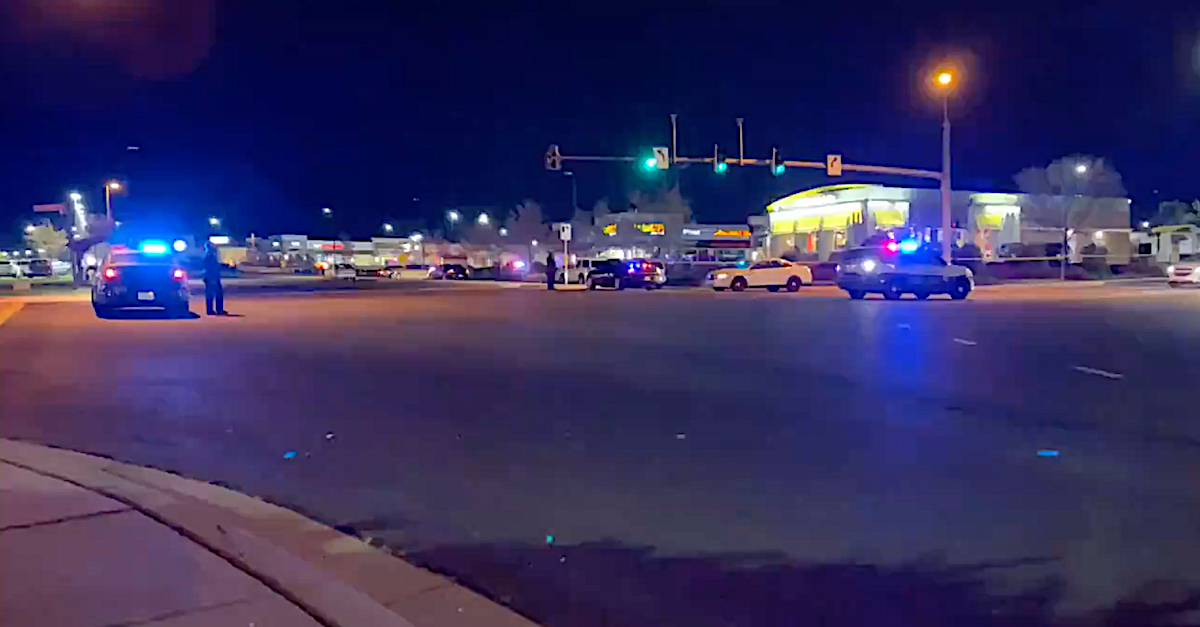 A 12-year-old boy has been charged with “first-degree murder and related charges” after police in Prince George’s County, Md., say he shot and killed a 13-year-old in a shopping center parking lot. Authorities say the victim, King Douglas, of Upper Marlboro, died around 10:15 p.m. Saturday of a gunshot wound in a parking lot in the 1700 block or Ritchie Station Court in Capitol Heights. Another victim, also 13, was stabbed. He was treated and was subsequently released from the hospital.

Authorities have not released the name of the 12-year-old charged with murder. They have only said he lives in Washington, D.C. They also said the shooting did not appear to be random.

The Washington Post said police rushed to the scene after a flurry of 911 calls rolled in starting at about 10:12 p.m.  The paper said “as many as 100 preteens and teenagers clustered around a scene that had started as a weekend hangout and morphed into a deadly dispute.”

The Post added that the 12-year-old charged in this incident is the “eighth youth” charged with murder in the county this year. Police blamed the pandemic, the lack of structured schooling, and a lack of parenting.

“The preliminary investigation revealed the shooting and stabbing stemmed from a dispute between two groups of juveniles in the shopping center,” the police said in a subsequent press release. “Detectives are working to identify and arrest the suspect who stabbed the surviving victim.”

We are on the scene of a homicide investigation in the 1700 block of Ritchie Station Ct. in Capitol Heights. https://t.co/NeGV4WJiNg pic.twitter.com/H5mUXEMJR6

“This is a problem of adults dropping off their kids and saying, ‘call us when you’re done doing whatever you’re going to do for the next several hours,’ and that fostered the environment that we found,” Maj. Brian Reilly of the Prince George’s County Police Department told the station. “Throughout the evening, several fights took place,” he said, among a “large group of kids unattended and unaccompanied by adults. A fight broke out; a 13-year-old is now dead; a 12-year-old is charged with murder.”

Police told the TV station that the shopping center is filled with fast food joints and an arcade, but that businesses do not let unaccompanied minors inside at night. So, when parents drop their kids off to hang out, they have nowhere to go.

“That fostered what we found that night,” Reilly said.

Reilly told the Post that the 12-year-old charged in the crime obtained the gun he used from a friend. After pulling the trigger, the 12-year-old is suspected of returning the gun to the friend. The friend then fled. Police haven’t been able to find the friend or the gun.

Under Maryland law, individuals under 14 cannot be charged as adults in alleged murder cases.

In what’s believed to be an unrelated case, a 15-year-old was killed on the Ruatan Northwest Branch Trail around 3:15 a.m. on April 7. The Prince George’s County Police Department said Nelson Ramos of Takoma Park was “unresponsive, suffering from trauma in the wooded area off the walking trail” and was “pronounced dead on the scene.”