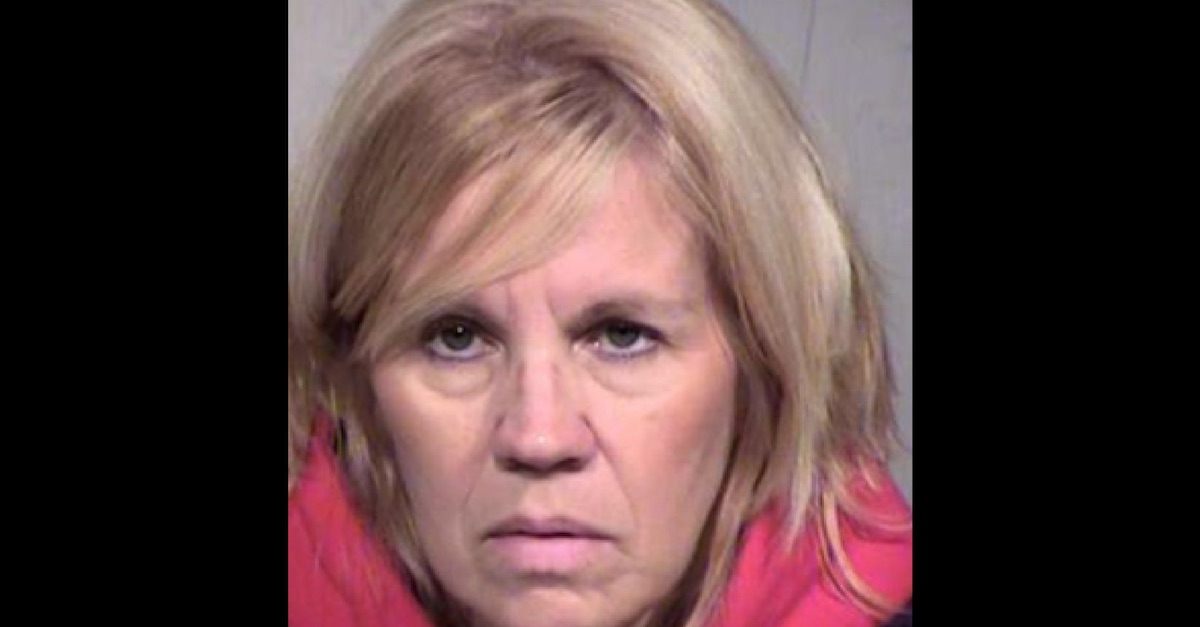 We have seen more than our fair share of ugly break ups. This story out of Chandler, Arizona seems to be no exception. Deborah Britton, 55, was arrested for allegedly posting nude pictures of her ex-boyfriend on the fence at his children’s school, according to News 12.

This case popped up on police radar back on September 12, cops said in an incident report. They said several nude pictures of a man were put up at Jane Dee Hull Elementary. The man’s penis was visible in these photos. The images were taped up on the inside of the fence so that people on the property could see it.

Who the heck put it up? When reached by police, the man suggested it might be Britton because she was the only person he gave those pictures, according to the incident report. She was contacted over the phone, but authorities claim she hung up when confronted. Britton was brought in for an interview after she was arrested in November on an unrelated warrant, cops said. She allegedly denied posting the fliers, and insisted cops wouldn’t find a fingerprint.

Results of fingerprint testing came back December 11, according to the incident report. One of the fliers showed a print that matched Britton. She turned herself in on Tuesday.

Britton was arrested on charges of unlawful distribution of nude images and harassment. At her first court appearance, the prosecutor said that it wasn’t clear if any children saw the images, but suggested this may not be relevant to the charges at hand.

The judge ruled that Britton wouldn’t need to deal with bond–citing that neither side asked for it–and ordered her supervised release. The defendant is scheduled for a hearing January 2.

[Mugshot via Maricopa County Sheriff; Screengrab via News12, Britton on the right]