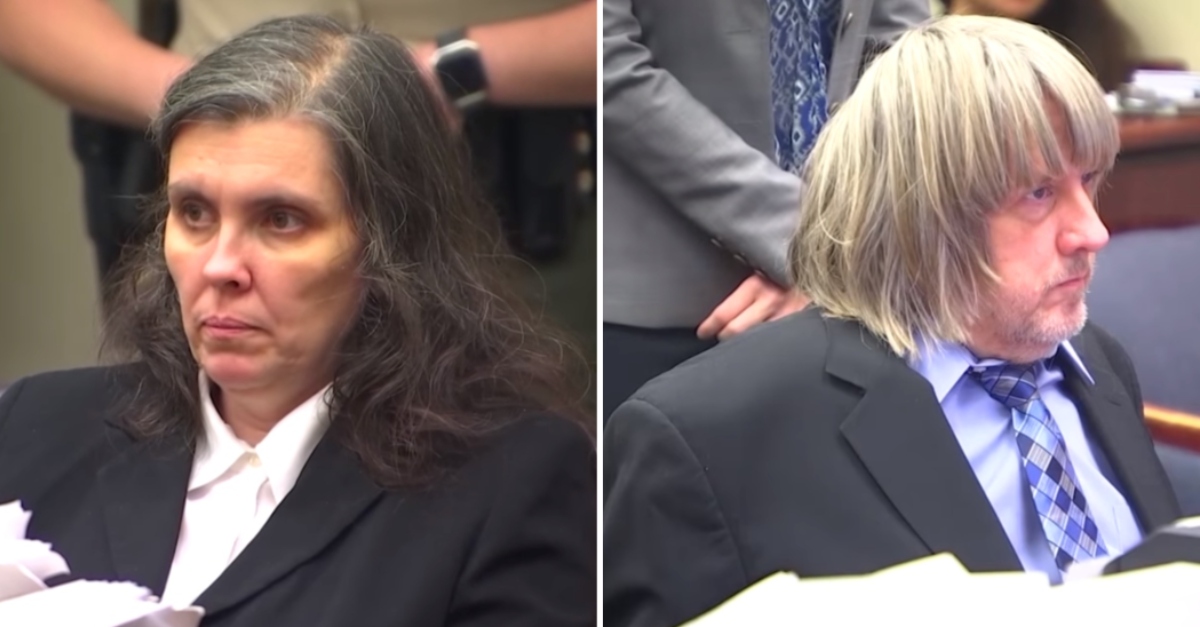 An attorney for the adult children of Louise and David Turpin said they’re ready to move on with their lives after suffering horrific abuse, and they want their privacy.

Attorney for the adult Turpin children: “They’re not victims. They’re survivors. They routinely visit their younger siblings. They’re humbled by the media coverage, but really value their privacy, and don’t want to give us their anonymity.”

Louise and David Turpin were sentenced on Friday to 25 years to life for abusing 12 children. In January 2018, a 17-year-old daughter escaped, and told authorities that she and her 12 siblings were imprisoned at the home, lived in squalid conditions, and kept from school. In a 911 call publicized Thursday, she could be heard saying two sisters and one brother were chained to their beds.

EXCLUSIVE: Never-before-heard 911 call reveals the chilling moment one of the Turpin daughters turned her parents in.

“My two little sisters right now are chained up right now…they’re chained up to their bed.” https://t.co/ELvZvf2AzO pic.twitter.com/zCvl02jqsI

At the time, deputies said the children ranged in age from 2 to 29. Law enforcement described the 17-year-old as “slightly emaciated,” and said she looked like a 10-year-old. Osborn on Friday said the children had gained weight.

Osborn: All have gained strength and weight.

They have hobbies. Some are living in apartments, or with other siblings, Osborn said.

Osborn: Some are living in apartments now, some with other siblings. They’re all moving toward independence, and many are hiking, going to class, following basketball and baseball. One attended a LAFC game.

One of the sons said in impact statements on Friday that he will get a bachelor’s in software engineering. Osborn said this sibling was 27. A 30-year-old sister also spoke at the sentencing hearing.

One of the female victims said “I saw my dad change my mom. They almost changed me.”

According to Osborn, each of the children love their parents, but they need their distance for the time being.

What’s next for them? Private lives.

Osborn: They’re very humbled that so many people care about them, but at the same time, they value their privacy and want to go to baseball games or Target without being recognized.