Two Madison, Wisconsin-area teenagers have been accused of killing Dr. Beth Potter, 52, and her husband Robin Carre, 57. Co-Defendant Khari Sanford, 18, was dating the victims’ daughter. He and Ali’jah Larrue, 18, are charged with first-degree intentional homicide, according to The Pioneer Press.

The defendants allegedly took the victims from their home and shot them at the University of Wisconsin arboretum. Carre was only wearing underwear, authorities said. Potter, a physician and associate professor at the school, was in pajamas and socks.

“Words cannot express our grief,” said Dr. William Schwab, interim chair of the Department of Family Medicine and Community Health, in a statement. “In addition to being a wonderful family physician and highly respected teacher, Beth was a dedicated leader at the Wingra clinic and in our health system. She was wise, warm, and always supportive. There are so many in our department whose lives have been touched by Beth; her loss will weigh heavily within us.”

There’s a whole lot going on in the alleged backstory of the case. According to investigators, one of Potter’s friends said that the couple moved their daughter and Sanford out of the home and into a rented residence because the young couple were not social distancing during the ongoing novel coronavirus (COVID-19) outbreak. The doctor was purportedly at a higher risk of the disease because of the medication she was on.

There was parent-child friction amid this time, authorities said. Just hours before the murders, Potter said that her daughter asserted, “You don’t care about me.”  Potter apparently wasn’t talking to her daughter as the daughter and Sanford were moving out.

One of Sanford’s classmates at West High School was another purported source of information. He said that he once heard the daughter tell the defendant that her parents were rich and that they had “bands” of money. This witness suggested that “bands” was probably thousands of dollars in cash, authorities said. The conversation allegedly happened before school was shut down amid the coronavirus outbreak.

According to investigators, this same classmate said that Sanford went to his home on March 31 and called Larrue. The defendant allegedly told his accomplice that he heard on social media that one of the victims might have survived. The witness claimed that Sanford confessed the murders to him and admitted to shooting people in the back of their heads. Authorities said that the way Potter and Carre died was unknown at the time of their interview with the classmate. 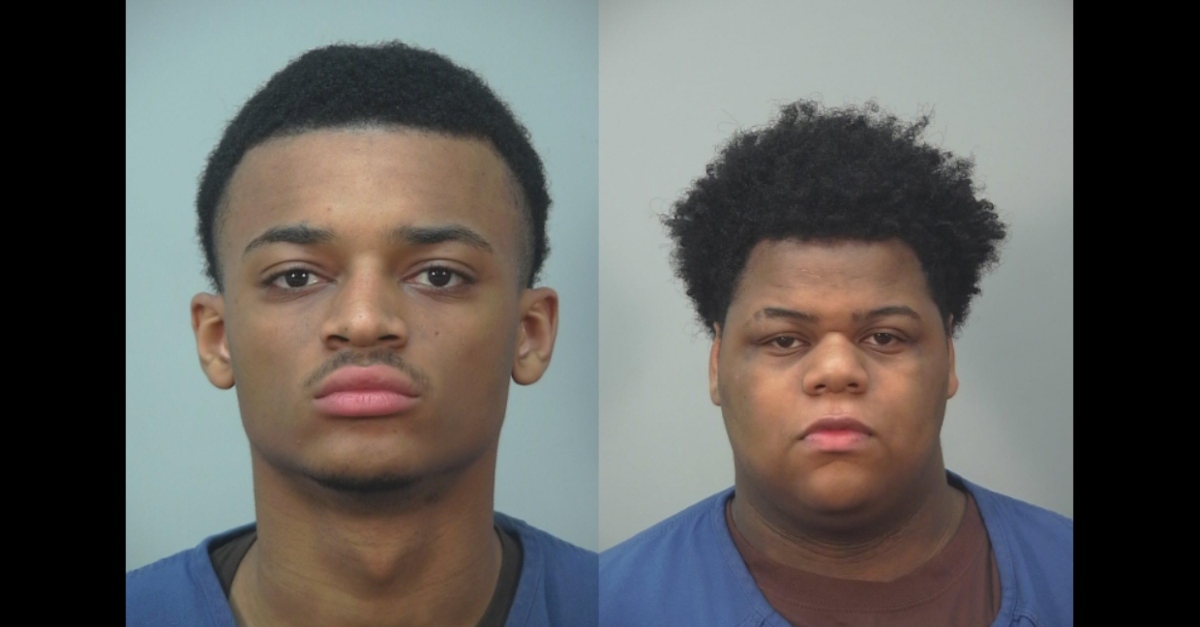 Prosecutor William Brown called the murders a “brutal execution.” A medical examiner determined that both victims were shot in the head from very close range, he said. In Carre’s case, this was allegedly a distance of one to three feet. Multiple shots were fired. Larrue’s phone records indicate the defendants were circling the victims’ home multiple times before going to the arboretum, the prosecution said.

The state asserted that the defendants brought the victims alive to the arboretum and then fired the shots. Brown said it’s unclear how many times they were shot because it’s early in the autopsy process. He requested $1 million bond and no contact with the victims’ family, including the daughter. The daughter allegedly made false statements in an “apparent effort” to protect Sanford.

Public defender Crystal Vera argued that a $1 million bond was too high, saying that Sanford was a high school senior awaiting a reply from colleges. Co-counsel Diana Van Rybroek said that community leaders have reached out and wished to vouch for Sanford. She said there was an “insatiable amount of interest in this case” and an “incredible amount of speculation.”  She maintained that people shouldn’t rush to judgment because these were allegations. The judge set a $1 million bail for Sanford.

Records show that Larrue faces a $1 million bond. Both defendants remain at Dane County jail as of Wednesday morning.