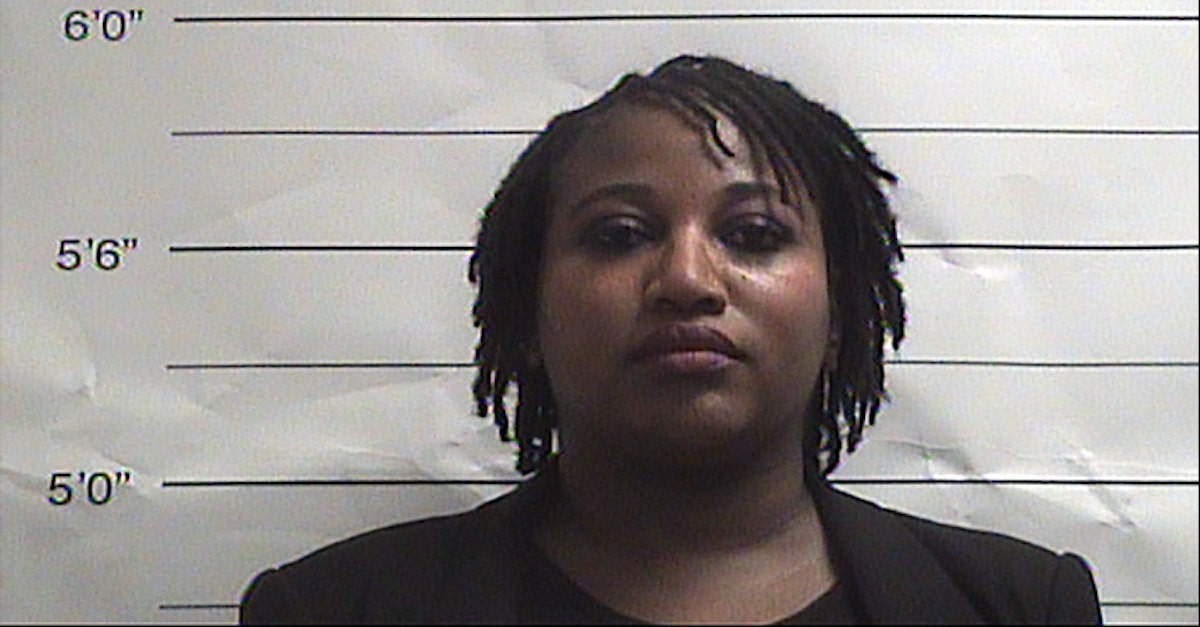 An employee at public defender’s office in Orleans Parish was arrested on Friday for allegedly practicing law without a license.

Ashley Crawford, 31, was charged with public payroll fraud, a false public record, practicing law without a license, and injuring public records. She was working for the Orleans Parish Public Defender’s Office. While Crawford reportedly graduated from Loyola University College of Law, the Louisiana Bar Association had no records of her being a licensed attorney. She had been working at the public defender’s office since October.

Crawford’s alleged fraud was reportedly discovered when a routine check came back with no results regarding her credentials. When Chief District Defender Derwyn Bunton‘s office sent a certificate of good standing from the Louisiana Supreme Court in response, the court claimed that the certificate was fake. The certificate in question was dated Sept. 25, 2018 and had a different lawyer’s Bar Association number attached to it.

Adding to the confusion, Crawford’s resume was reportedly stellar and even included that she, as a student, successfully appealed the Louisiana Supreme Court. She also listed several prominent clerkships that she had had prior to her position with the Public Defender’s Office.

Following a review, the Public Defender’s Office claimed that Crawford represented clients in more than 100 cases and that she was fired one day after it became clear she was unlicensed.

The district attorney’s office is still currently trying to figure out exactly how many cases Crawford was involved in over the past 10 months. Crawford can be held liable by the Office of District Counsel if any trial verdicts are vacated, and there’s a chance she could be forced to pay for the price of any retrials that must occur.

“[Crawford] immediately offered to accept responsibility for her actions and to make restitution to the Orleans Public Defender,” he said. “Her only goal in this was to be a public defender.”

If convicted, Crawford could face up to five years behind bars on each of the charges for injuring public records and maintaining a false public record. The other felonies–public payroll fraud and practicing law without a license–are each punishable by up to two years.