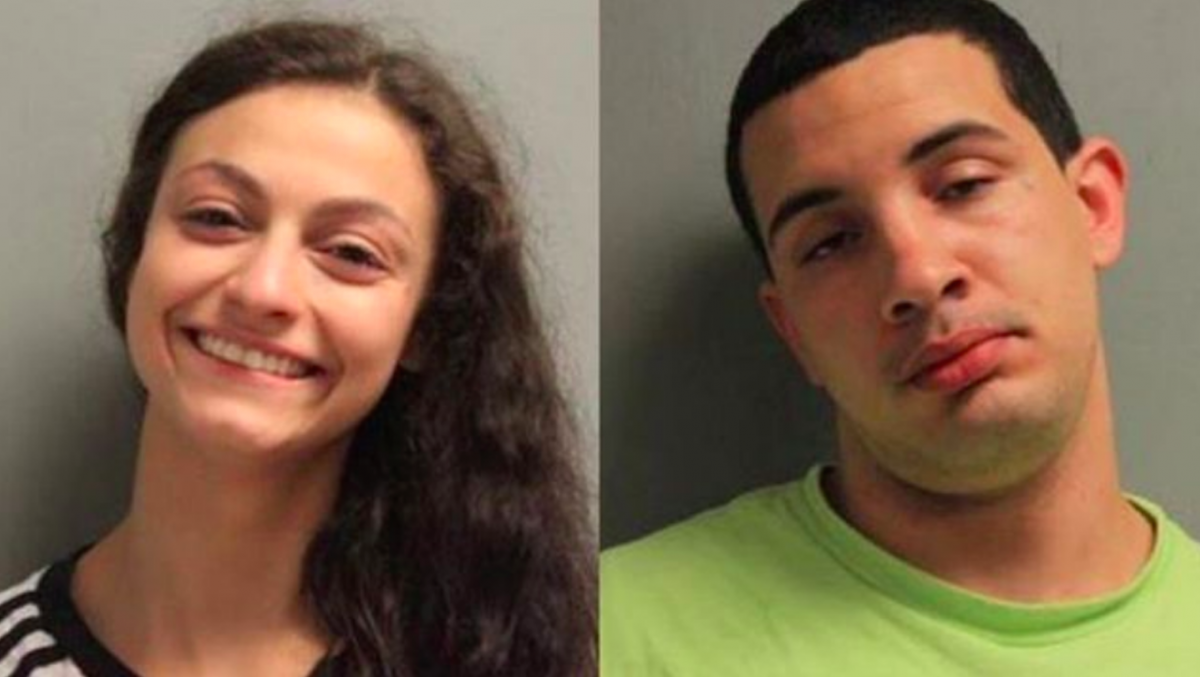 A Louisiana woman was busted for allegedly having sex with an inmate in a courtroom stairwell.

Jamie Lee Coutee, 19, and Miguel Camille Glorioso, 20, have been booked with obscenity charges and are held at a $1,500 bond. Authorities said a courthouse employee heard “commotion” coming from the fifth floor stairwell. The employee went to investigate an discovered the couple involved in a sexual intercourse.

“When the two saw the employee, they quickly gathered themselves and fled the area,” the sheriff’s office said.

The Rapides Parish Sheriff’s Office released the following statement about the incident:

At approximately 10:20 am on Wednesday, July 11th, 2018, Court Security Deputies responded to a report of criminal sexual conduct occurring in a stairwell in the Rapides Parish Courthouse. According to witnesses, a commotion was heard in a fifth floor stairwell and when an employee went to investigate, they observed a male and a female having sex. When the two saw the employee, they quickly gathered themselves and fled the area. The employee identified the male as a trustee assigned to the cleaning of the courthouse. Court Security located the suspect, identified as Miguel Camille Glorioso, 20 and he was brought before the witnesses for positive identification. Glorioso was positively identified, placed under arrest and booked into the Rapides Parish Detention Center for obscenity. Corrections Security Investigators also responded to conduct their investigation into identifying and locating the female suspect. Through their investigation, they identified the female as Jamie Lee Coutee, 19 of Pineville. At approximately 8 pm Wednesday evening, Coutee was located in Alexandria, arrested and booked into the Rapides Parish Detention Center for obscenity. She was released a short time later on a $1,500.00 bond. Glorioso remains in jail and has also been removed from trustee status as well as the courthouse work detail.

The employee recognized Glorioso as an inmate assigned to cleaning detail at the courthouse and police were able to track him down. Officers were able to identify Coutee and she was arrested later that day.

Glorioso was locked up on drug possession charges and had been working at the courthouse as part of an inmate trustee program.  Authorities have said he has been removed from the job.