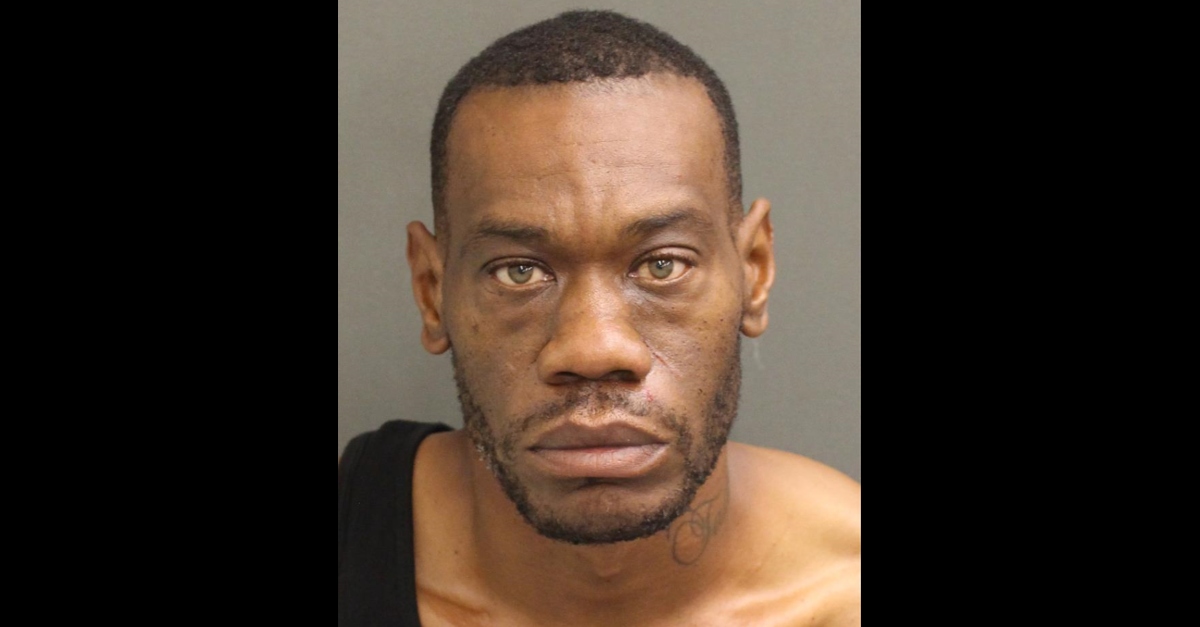 A defendant in Orlando, Florida is accused of firing a gun at least 94 times in an attempt to kill his ex-girlfriend’s boyfriend. The target survived, only being shot once.

Vincent Lee Howard Jr., 40, was booked into the Orange County jail on Sunday, according to online records viewed by Law&Crime. The victim said that he was dating a woman, who used to be with Howard, the father of her 3-year-old child, police said. Both the target and the defendant got into an argument over the phone.

At any rate, Howard allegedly threatened the man. According to the arrest affidavit, the man did not hear what the actual threat was because they were yelling over each other, but his girlfriend told police that Howard had threatened to drive over, shoot up the house, and kill her boyfriend.

Howard allegedly drove up in a black Mercedes-Benz, and opened fire. The boyfriend dove behind a shrub. He was shot once in the left buttock, and was the only person struck, even though police said they found 94 shell casings at the scene. Cops did note that a nearby woman hurt her head amid the gunfire. Police said that Howard acted in utter disregard for the safety of people in local homes.

The defendant wanted to speak to an attorney before talking to cops, officials said.

Robert Wesley, lead Public Defender in the Ninth Judicial Circuit, confirmed to Law&Crime in an email that they are representing Howard, but he did not provide more information. He has previously declined to discuss unrelated cases, saying in one instance that they do not discuss pending matters.