Man Shot Up Bathroom After Someone Took Too Long: Cops 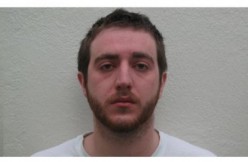 A man has been accused of firing into a bathroom when someone took too long to use it. And to be honest, how many people have contemplated doing just that? Don’t pretend you haven’t.

Investigators told NBC he’d been hanging out at a neighbor’s apartment when someone was taking way too long in the bathroom. Cummins allegedly handled this problem in the most sensible manner possible: He reportedly pulled out his 9mm handgun, and shot once at the door.

No injuries were reported, but if you think this is the end of the article, you need to step up your game. Cummins allegedly went outside, and fired a second time at the outside wall of the apartment complex.

He was later arrested. It turns out he has a gun permit, police told NBC. Cummins is still in jail pending a $20,000 cash bond, and faced an arraignment scheduled for Monday.