A suspect in a bizarre high-speed car chase allegedly threw a baby at law enforcement as he tried to make a hurried escape. The shocking incident occurred in Florida.

John Henry James III, 32, now faces multiple felony charges, including two counts of aggravated child abuse, after allegedly tossing the two-month-old child at a deputy in an apartment complex parking lot on May 26, according to the Indian River County Sheriff’s Office.

“You can’t throw a baby at us and expect us to treat you with kid gloves,” Sheriff Eric Flowers said in a Facebook post on Friday.

Dash cam and aerial helicopter footage released Friday shows key parts of the chase including the too-far-fetched-for-Hollywood ending where the infant appears to be thrown in a deranged Hail Mary play.

According to authorities, the chase began on State Road 60 in Vero Beach, Fla. when deputies attempted a traffic stop for an alleged failure to maintain a lane.

After breezing past the first set of officers, James allegedly struck the front end of another cop’s vehicle, this time a detective, dodged a number of roadblocks, and evaded “at least one” stop-stick deployment aimed at incapacitating his tires, according to police.

“He ran over another set of stop-sticks, but they failed to disable the vehicle,” the department also alleged via Facebook.

In the video, the car allegedly driven by James can be seen ignoring numerous stop signs, speeding through residential streets and darting in and out of traffic in Gifford, Fla. for nearly 40 minutes.

Eventually law enforcement became concerned that the number of people in the heavily residential area mixed with the decidedly reckless driving seen on the film was a bad mix. A call was made to give the appearance of standing down so that the department’s HAWK helicopter could follow the driver and keep tabs, police said.

James eventually made his way to the Taylor Pointe Apartments “where he was boxed in,” the department noted.

Officers quickly responded and had their suspect in their sights. Then came the toss seen ’round the Sunshine State. 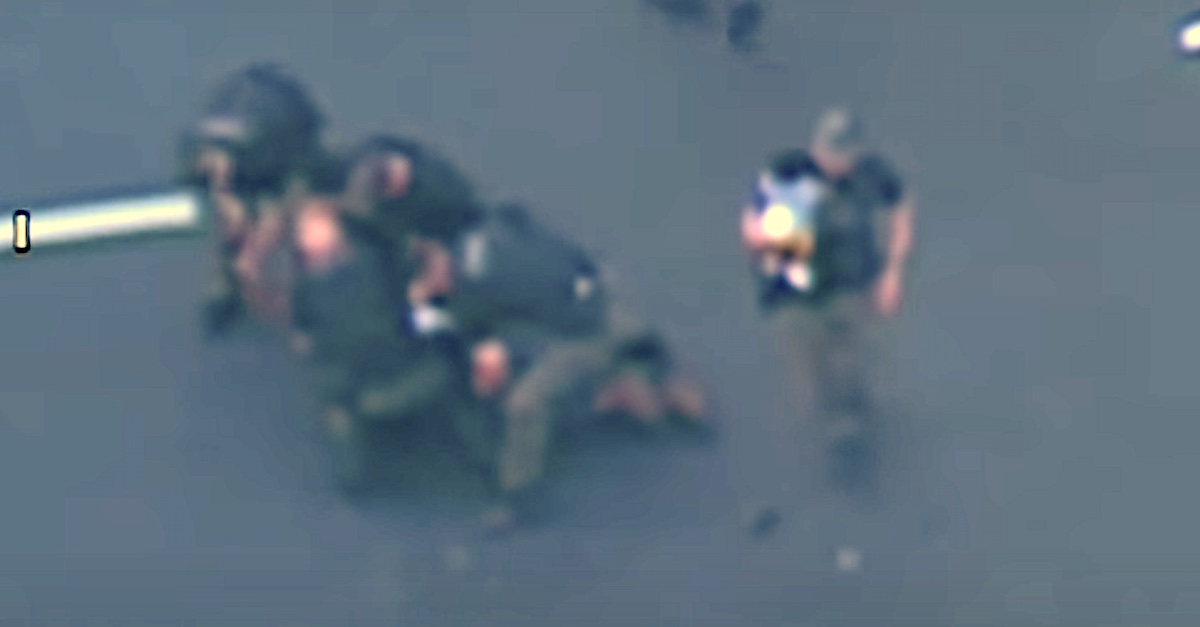 A deputy (right) holds an infant allegedly thrown by defendant John Henry James III while other officers (left) hold the defendant to the ground.

“As he bailed out of his car, he grabbed the 2-month-old boy who had been in the car with him and threw the child in the direction of a deputy,” the Facebook post alleges. “That deputy successfully caught the child and was able to relocate the baby to safety.”

But James apparently didn’t go down without a fight:

After James bailed out of his car and threw the infant, he fled on foot through the trees and between buildings. Our deputies pursued on foot and were able to take James to the ground, where he continued to resist. He kicked and bit at deputies and struggled when being loaded into the back of a deputy’s cruiser. A large group of residents gathered around the deputies, forcing us to call for backup to assist in crowd control.

The defendant suffers from asthma and complained that he couldn’t breathe after being arrested. Authorities transported him to a nearby fire station and then to the Cleveland Clinic Indian River Medical Center for treatment where he stayed until June 1. He is currently being held in the Indian River County Jail without bond. 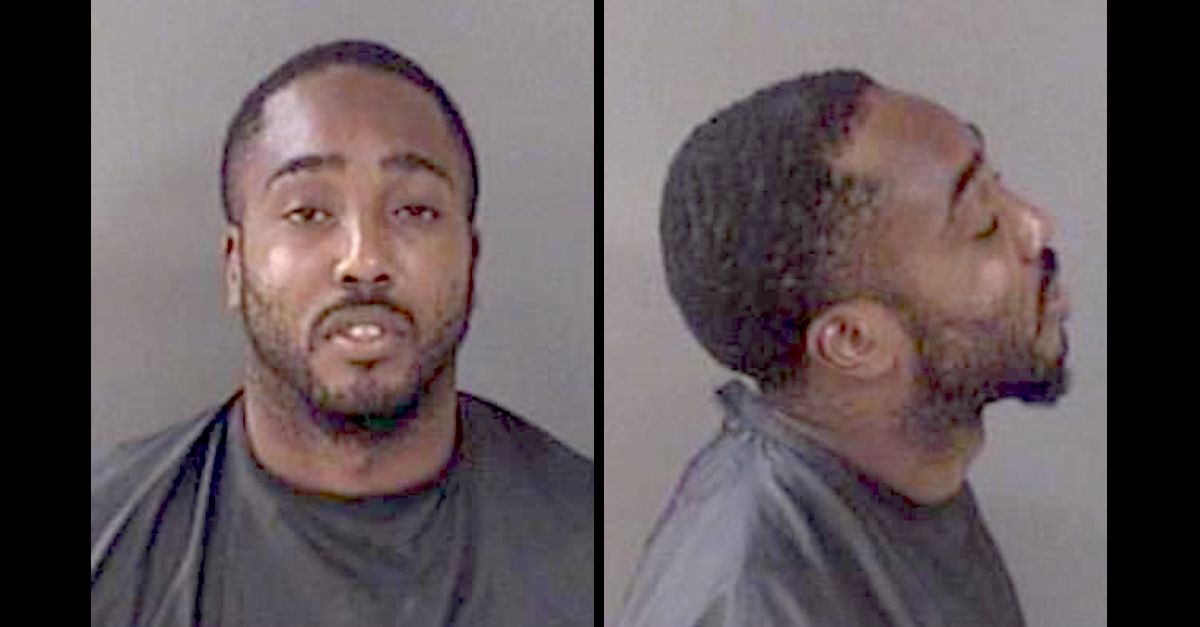