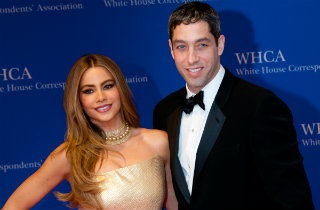 According to the new lawsuit filed against “Modern Family” actress Sofia Vergara, her ex-boyfriend, Nick Loeb sent her text messages objecting to the destruction of unused embryos before they ever even argued about the topic. On Wednesday, LawNewz reported that in the opinion of our experts, the new lawsuit filed on behalf of the former couple’s frozen embryos — yes, Louisiana law gives them limited personhood — has no merit. While seemingly a carefully crafted case, made possible by the unique state laws, our experts concluded that even taking jurisdiction into account, the likelihood of success was virtually nil. But there are a lot of questions about this case. For example, who is really behind it? Is it Loeb? Who are the attorneys?

A 46-page complaint, obtained by The Daily Beast, gives us a few more answers about this mysterious lawsuit, but ultimately leaves many more questions. We’ve now learned the embryos’ lawyers are James Arruebarrena, who does not appear to practice family law normally, and Catherine Glenn Foster, a vocal anti-abortion rights activist.

The complaint does cite the content of text message exchanges between Vergara and Loeb. For example, there are these from March 4, 2013 after Vergara finished up an appointment with her fertility doctor:

Vergara: “We have 5 embryos [sic]. [The doctor] said she cant believe [sic[ it”
Loeb: “Wow”
Loeb: “That’s 5 lives”
Vergara: “I never [knew] that that could happened [sic]“
Vergara: “She always said maybe 2”
Loeb: “Now what”
Loeb: “You can’t keep 4 frozen lives forever or kill them, we will go to hell”
Vergara: “We r going to hell regardless”

The complaint also adds that in the same string of texts, Vergara apparently that  “Im doing it because I want you to have a baby.”

Some other notes from the complaint:

Both sides of the case have still yet to comment publicly, and neither has Loeb. We still don’t know if he is the one behind it.