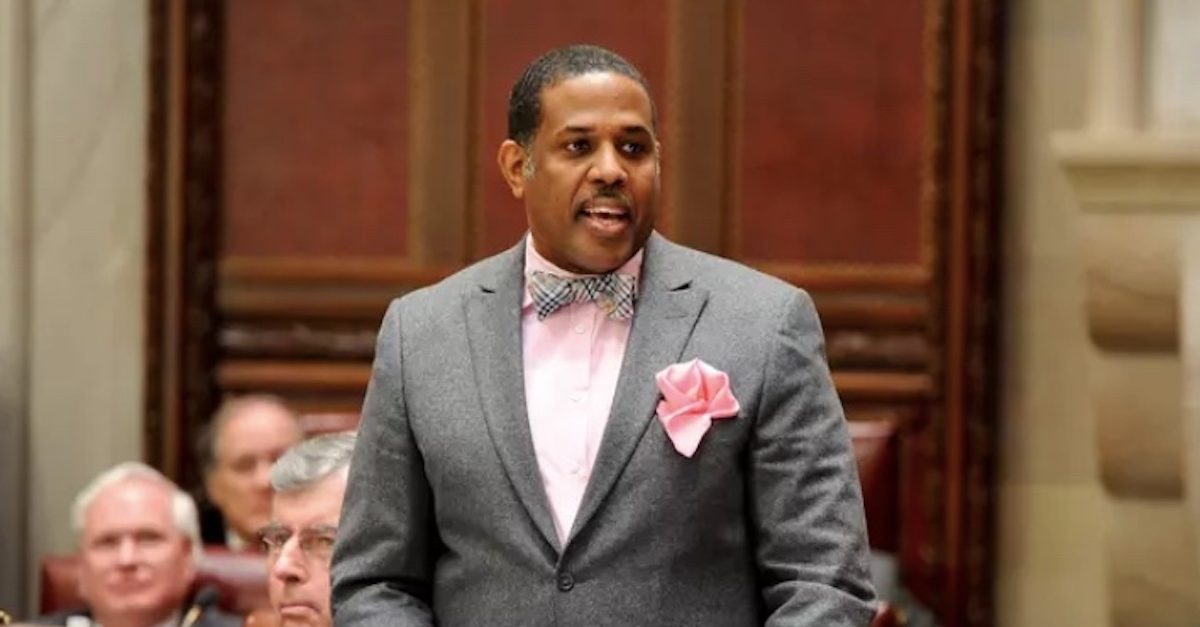 A New York State Senator’s enmity towards an opposing party aide got way out of hand on Monday, prompting a brief lull in the dramatics for an apology, only for his barbs to continue shortly after.

Sen. Kevin Parker (D) was the subject of a series of tweets from Candice Giove, the Deputy Communications Director for the New York State Senate Majority on Tuesday, after she noticed complaints about a car improperly parked in a bike lane. The car had an “official business” placard, and after looking into the matter, Giove tweeted that the placard belonged to Parker. Giove also said that the placard didn’t match the license plate of the car it was in, which is against the rules.

Parker, the Democratic Whip, did not take this well, to say the least.

“Kill Yourself!” Parker wrote in a reply to Giove’s tweet. He later deleted the post, but not before screenshots captured it for posterity.

Parker eventually recognized the severity of his remark, calling it “a poor choice of words” in an apology to Giove that he posted at 12:18 p.m., less than an hour after the original outburst.

I sincerely apologize. I used a poor choice of words. Suicide is a serious thing and and should not be made light of.

Of course, that de-escalation appeared to be short-lived. Less than an hour after apologizing, Parker issued a pair of tweets attacking Giove. Parker claimed that Giove “is on the wrong side of history for every important issue facing New York State!

Where was @Candicegiove when NYers voted for a #Democratic State Senate & progressive legislation like the Dream Act & CFE funding? That’s right, working with the #NOIDC appendage of the GOP. #DreamAct #CFEFunding

. @Candicegiove is on the wrong side of history for every important issue facing New York State!

The controversy quickly spread in the Twitterverse, resulting in Walter Shaub, former Director of the U.S. Office of Government Ethics, pointing out how Parker’s latest tweets were exactly how one should not handle a situation like this.

Point of order, Senator. It’s customary after apologizing for telling someone to kill herself that one lays off the social media attacks for a while. Or, if that’s not possible, to delete one’s account.