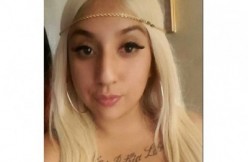 Internal affairs officials are looking at whether some Oakland cops had sex with an underage girl, and their investigation is linked to a dead officer who allegedly murdered his wife. Three cops were put on leave Monday while this hot mess is sorted out.

Celeste Guap, 18 or 19 (reports vary), recently took to Facebook to talk about having sex with OPD officers, but she said she only had relations with one while underage, according to a KPIX report. She called these “harmless relationships.” Investigators say she might have been with dozens since she was 16.

But it doesn’t seem like Guap’s comments are what originally caught the attention of internal affairs. Sources talked to The East Bay Express about another Oakland police officer: Brendan O’Brien.

In September, O’Brien committed suicide, reportedly leaving a note. Sources told The Express this letter alleged certain sex crimes. His death happened about a year after his own wife, Huerta Lopez, died in a suicide that medical examiners found suspicious. For example, two bullets were fired from the gun that killed her, while the coroner report said there was no visible gunshot residue on her hands. Nonetheless, O’Brien wasn’t charged with a crime.

Lopez’s family believes her death was a murder. “Why were there two shots if she killed herself?” her sister told The Express.

As for the sex crime allegations, that’s still being investigated.

“We are entrusted by the community to protect, to serve them and to uphold the law,” said Oakland Police Department spokeswoman Johnna Watson, according to KPIX. “So we take the allegations very seriously.”