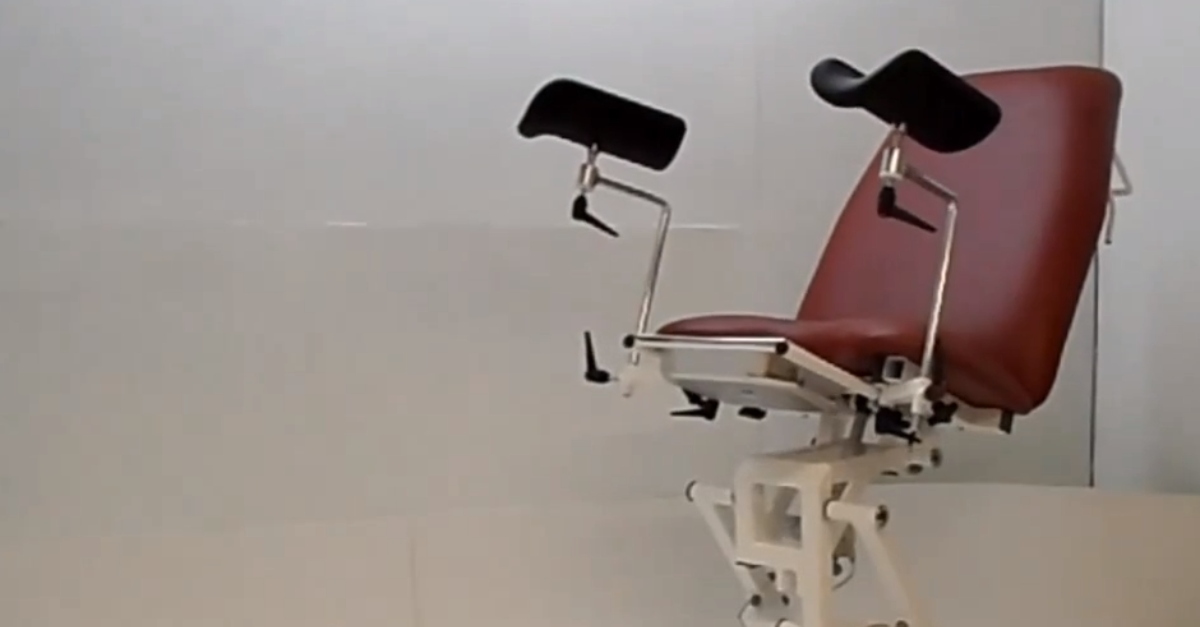 A gynecologist pleaded guilty Friday in Mesa County, Colorado after prosecutors charged him for dyeing a patient’s vagina purple as some sort of “joke.” Dr. Barry W. King, 58, will submit to a deferred judgment and sentence for a misdemeanor count of harassment, according to the Grand Junction Sentinel. His conviction will be dismissed in two years, assuming he doesn’t cause any more problems. King must do 100 hours of public service, write the woman an apology letter, and hand over $500 to Western Slope Center for Children, a non-profit organization that provides services to children who’ve been sexually abused.

Meanwhile, he gets to continue practicing medicine.

The woman said in court Friday that she didn’t want to step forward at first.

“I didn’t want to ruin his life,” she said. “I was just going to get another job and leave, like most victims do.” But a friend encouraged her to speak out.

The woman, a breast cancer survivor, used to work for King, and reached out for help after she discovered a lesion on her private parts. She didn’t have a doctor at the time because her regular gynecologist retired.

So she went to King.

“There was a level of comfort because I did believe he was my friend,” she said. The woman said she submitted to an exam, and at the end, King told her to have her husband “take a look at it” when she got home.

Well, while she was using the bathroom later at her home, she discovered that King had dyed her vagina with gentian violet, which is used to address yeast infections and the like. She said she hadn’t heard about this being used for years.

The next day, King was “really giddy,” she said. Eventually, he admitted to her that he did it as “a joke” on her husband. (The woman’s spouse is not a doctor, and King didn’t know him that well, she said.) King also talked to others in the office about his so-called prank, according to her testimony.

The woman said she believed the “joke” was meant to get her husband’s penis purple during sex.

“I was sexually objectified as a prank on my husband in hopes that his penis would be stained purple,” she said. “That’s disgusting.”

The Colorado Medical Board called King’s behavior “unprofessional,” and made him take a course on professional boundaries and ethics, but he gets to keep his license. He’s still a doctor, reportedly living in Fort Folk, Louisiana, and working on a military base. Defense lawyer Kelly Page said her client is mentoring younger doctors at his workplace.