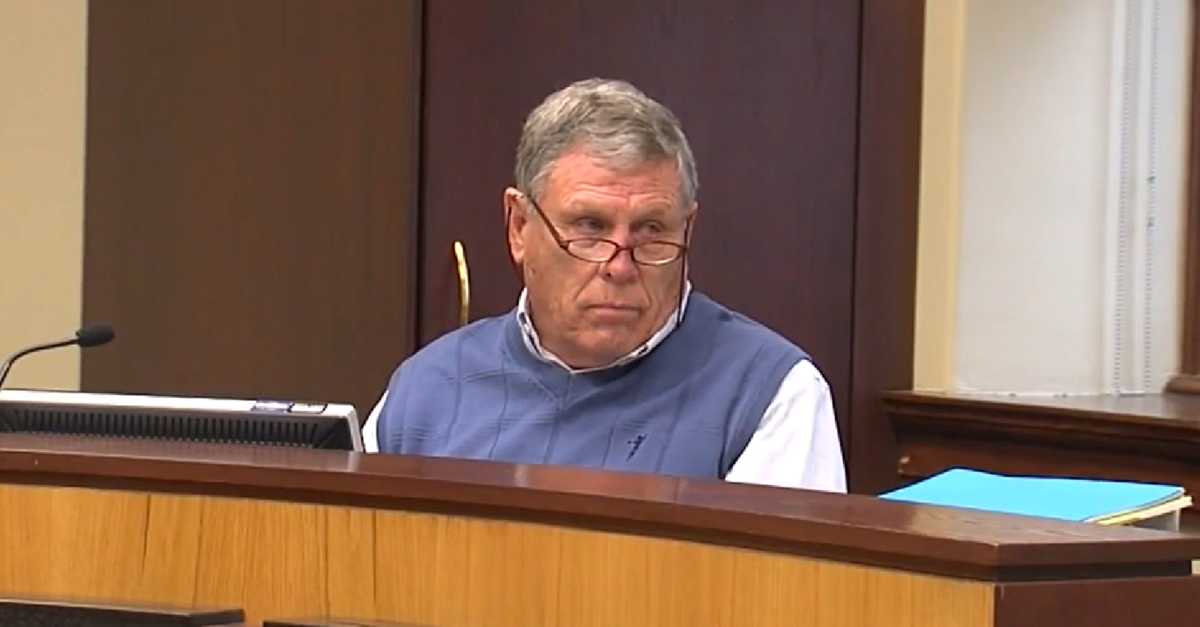 Kansas Gov. Jeff Colyer demands that Leavenworth County Commissioner Louis Klemp resign over a comment referring to “the master race.” The controversy stems from a public board meeting on Tuesday. Klemp said this to city planner Triveece Penelton, who is black.

“I don’t want you to think I’m picking on you, because we’re part of the master race,” Klemp said, and apparently pointed to his mouth. “You know you got a gap in your teeth, you’re the masters. Don’t ever forget that.”

The commissioner is white, and caught flak last year for how he discussed Confederate General Robert E. Lee, President Abraham Lincoln, Oprah Winfrey, and the holiday of Martin Luther King Jr. in an approximately eight-minute speech.

On Saturday, the Republican Colyer insisted that Klemp step down.

“Racial and discriminative language have no place in our society, and most especially when spoken by someone holding a public office,” Colyer said in a statement obtained by The Kansas City Star. “The inappropriate remarks made by Leavenworth County Commissioner Louis Klemp are unacceptable and do not reflect the values of the county which he represents. As such, I call on him to step down as County Commissioner.”

Klemp reportedly talked to KSHB. He wouldn’t talk on camera, but “he implied his comment was a joke,” the outlet wrote.

His family defended him in a statement released to the news organization. They acknowledged “the comment should not have been made,” but defended the 80-year-old commissioner’s record.

Klemp isn’t long for office, in any case. His last day is scheduled for January 15.

Penelton declined to comment when Law&Crime asked for her take on the controversy over the “master race” statement, and Colyer’s call for Klemp’s resignation.

Penelton sent a Law&Crime a follow up statement. In it, she called the former commissioner’s statements “unbelievably inappropriate,” and “inexcusable” amid world history, and racial and ethnic tensions in the United States.

“As a successful African American planner with 16 years of professional experience, I have been subjected to a wide range of tactless and at times covertly racist comments,” she wrote. “However, no one’s words have been more unthinking than Mr. Klemp’s.” She added that she hoped that the county and world would learn from this moment, and that “Respecting one another could help us grow together rather than apart.”