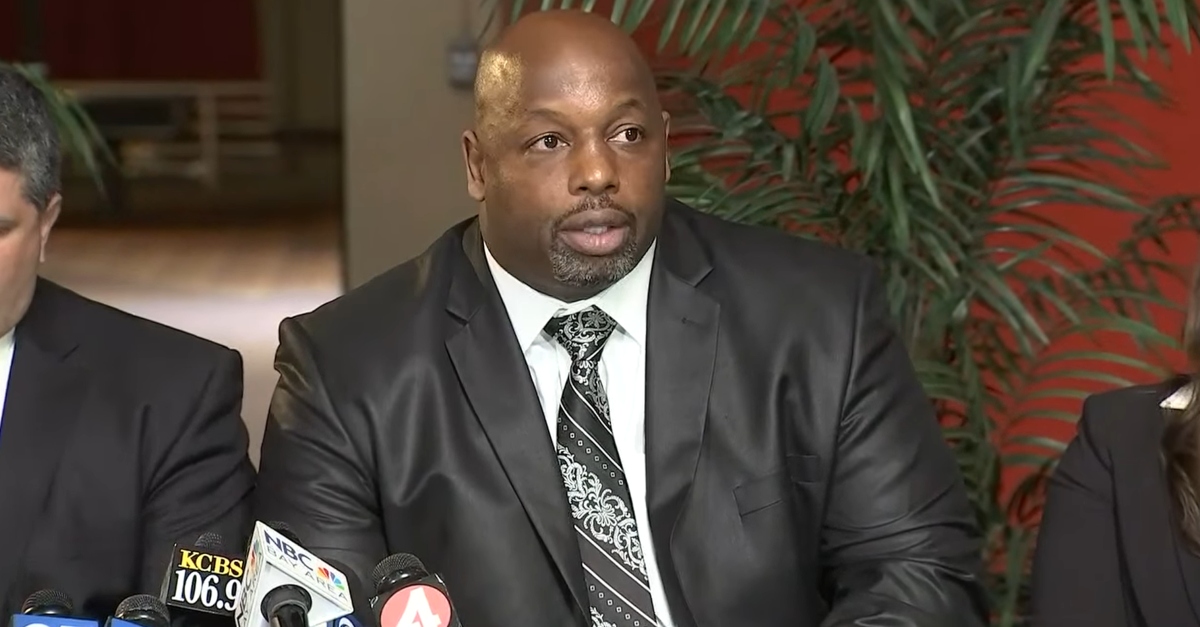 Dana Stubblefield, a retired NFL defensive tackle, was found guilty Monday in the 2015 rape of a woman who had a developmental disability.

After a nine-month trial, former #49ers player Dana Stubblefield today was found guilty of rape by force, oral copulation by force and false imprisonment. The jury also found that he used a gun in the assault. He faces 15-years-to-life in prison via @SantaClaraDA.

The trial stemmed from a April 9, 2015 incident. The prosecution maintained that after the woman, identified only as Jane Doe, had an interview for a babysitting job, Stubblefield lured her back with a promise to pay her for having to travel. She did return, and he did give her $80, but he also locked her in the residence, according to this account.

“He picked her up, carried her to the room, took off her clothes and sexually assaulted her,” Deputy District Attorney Tim McIneerny said in opening statements back in March, according to The Mercury News. The prosecution asserted Doe told the defendant she did not want sex. She was developmentally disabled and incapable of consenting, the prosecutor said.

In a 2016 press conference, Stubblefield maintained he did not rape the woman; he said sex occurred — but that it was consensual.

Stubblefield’s defense maintained that position during the trial by asserting Stubblefield paid Doe for the encounter.

In the version of events described by defense lawyer Ken Rosenfeld, sex occurred during the first visit. Doe returned for the money, but she then went to the Morgan Hill Police Department to report the alleged assault, he said. The defense maintained that the prosecution overstated extent of Doe’s mental disability, saying she was still able to consent despite a below average IQ.