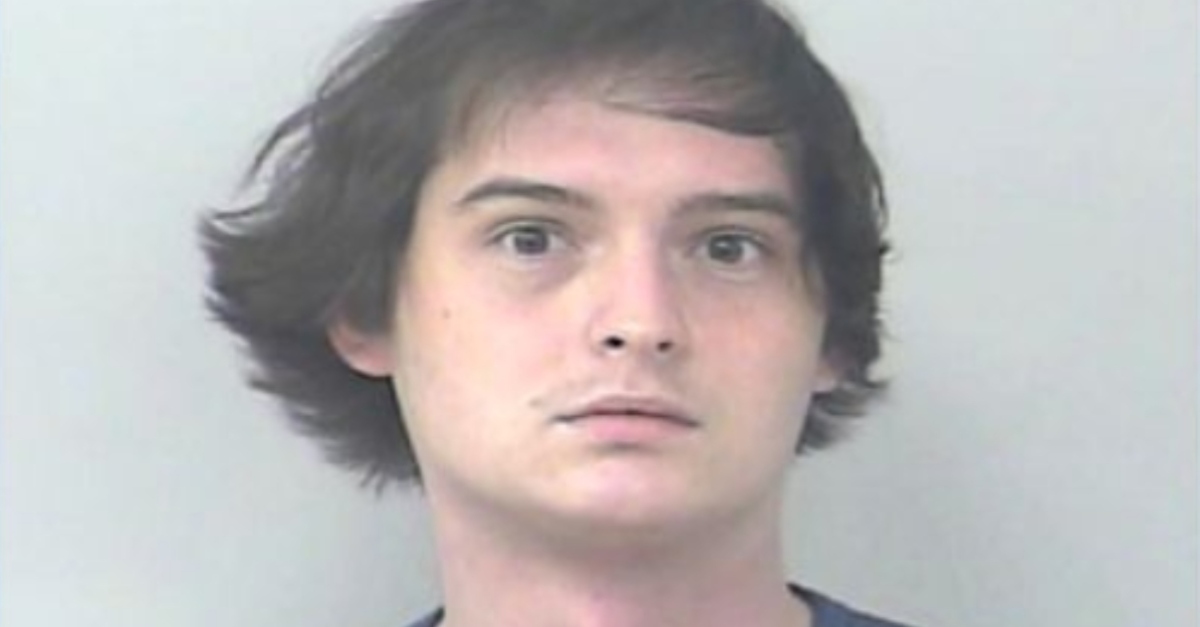 A Florida man was arrested early Sunday morning after he allegedly tried to barter a bag of marijuana for a McDonald’s meal. Anthony Andrew Gallagher, 23, was taken in by police in St. Lucie County.

A manager at the fast food establishment told cops that he was working at the drive-thru when a customer rode up in a gray, 4-door Pontiac, according to the arrest report (h/t Smoking Gun). He claimed the driver, when told about the price of the order, “produced a clear plastic bag that contained a green leafy substance” and offered marijuana in exchange for the food. The manager told cops that he declined the offer, and the driver took a spot in the parking lot.

Police performed a traffic stop, according to the report. They told the suspect (Gallagher) about what the manager told them, and they asked if he had any marijuana in the car. Officers had him step out of the vehicle and they patted him down. Cops claimed to find a bag with a “green leafy substance.”

Quick. Multiple choice question on what police said they found:

Officers claimed Gallagher’s speech was slow and slurred, his movements slow, and his gait unsteady. Also, his car is alleged to have been very messy.

The defendant was charged with possession of marijuana under 20 grams, and a DUI. It’s unclear if he has an attorney at this time.