Ethics Breach? GOP Congressman Could Be in Trouble After Sharing Doctored Obama Photo 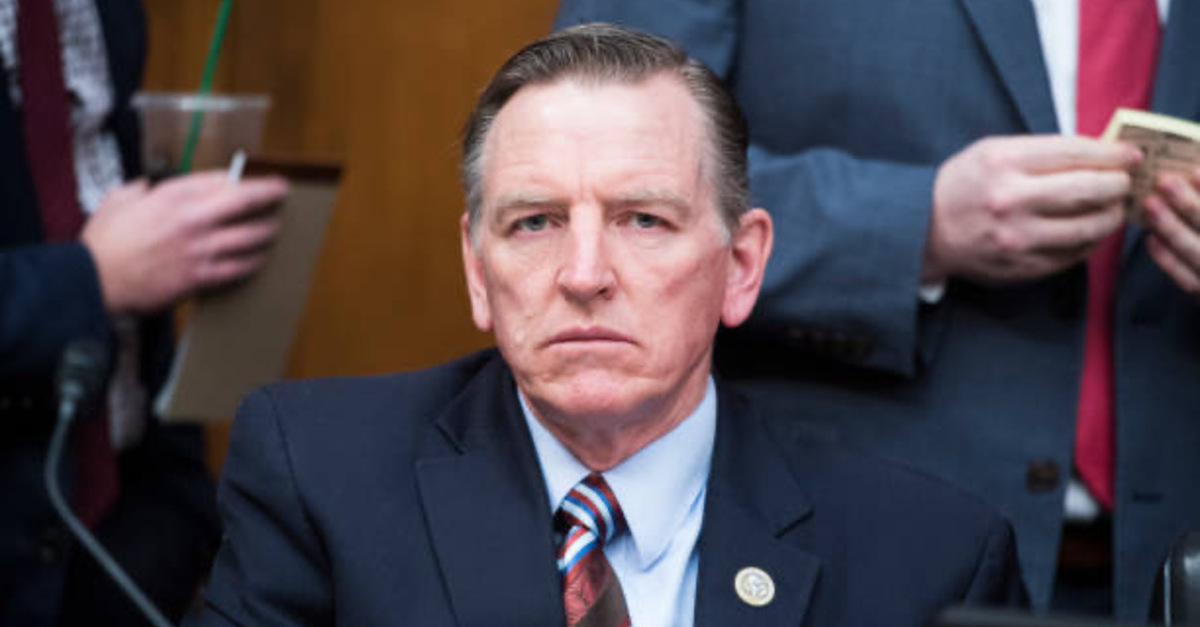 A Republican member of Congress is being heavily criticized after tweeting a doctored image of former president Barack Obama shaking hands with the current President of Iran Hassan Rouhani. And some critics are wondering whether he might be formally disciplined or investigated for his actions.

Rep. Paul Gosar (R-Arizona) shared the image on Monday afternoon with the caption: “The world is a better place without these guys in power.”

The world is a better place without these guys in power. pic.twitter.com/gDoXQu9vO5

1) this picture is photoshopped, a fake.
2) Rouhani is still in power
3) Paul Gosar was one of the dumbest members of Congress even before this tweet https://t.co/98k2KKKhKi

This Obama-Rouhani photoshop Paul Gosar retweeted is so gold, it was already debunked it 4 years ago https://t.co/EH4Grx8pxihttps://t.co/DqmcL6eZs9

Gosar later shot back at his detractors with the almost-equally-derided defense that “no one said this wasn’t photoshopped.”

Aside from the plentiful takedowns, corrections and snark, some Twitter users alleged that Gosar may have been in violation of his ethical obligations as a representative.

“It’s disgusting that a U.S. representative would disseminate misinformation like this,” Shaub noted in an earlier tweet.

The House Ethics Committee needs to investigate Rep. Gosar. This is not harmless fun. In fact its so serious our last election may have turned on techniques like these. @SpeakerPelosi https://t.co/snJmuiZcuk

As of this writing, the Ethics Committee had yet to publicly weigh in on the controversy but that didn’t stop several users from attempting to force some resolution of the issue. Multiple posts in response to Shaub’s tweet contained screenshot which purported to show official ethics complaints filed with the committee.

The racial element of Gosar’s tweet is also notable—-especially in the context of the current foreign policy crisis involving the Islamic Republic and the widespread concern that President Donald Trump’s unauthorized assassination of Iranian general Qassem Soleimani could trigger a new war in the Middle East.

This isn’t the first racist controversy that’s engulfed the Arizona Republican. In 2018, several of Gosar’s siblings recorded a series of ads for his losing Democratic Party opponent. In some of those ads, Gosar’s own family members repeatedly called him a “racist.”

Monday’s sharing of the doctored Obama-Rouhani photo brought new life to those racial criticisms—as well as another source of sarcastic jabbing:

Here’s a photograph of all the Gosar family members who love & respect Paul. pic.twitter.com/9fjuo5Njgy