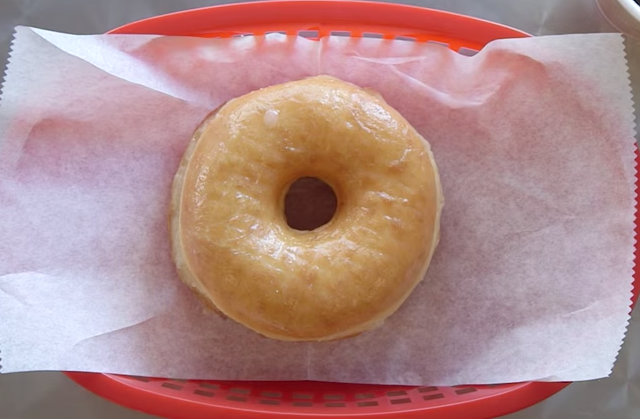 We at Law&Crime love donuts. Everyone loves donuts. Heck, there are vegan donuts. You know who also loves donuts? North Carolina man Bradley Herbert Hardison, 27. He won a police-sponsored donut-eating competition back in 2014, snarfing eight glazed rings in eight minutes, according to The Virginian-Pilot. Now he’s been arrested for breaking into an honest-to-God Dunkin’ Donuts.

Cops in Elizabeth City booked him Thursday for felony breaking and entering, felony safe cracking, and felony larceny. The alleged burglary happened Nov. 21, police said. He was locked up in lieu of $7,000.

This is not Hardison’s first burglary-related charges. Actually, he was arrested shortly after the eating competition. The Camden County Sheriff’s Office arrested him for breaking into two grocery stores. They said he busted in the front doors, but didn’t take anything, according to the Pilot. He got convicted, but only received a three-year suspended sentence ending last October.