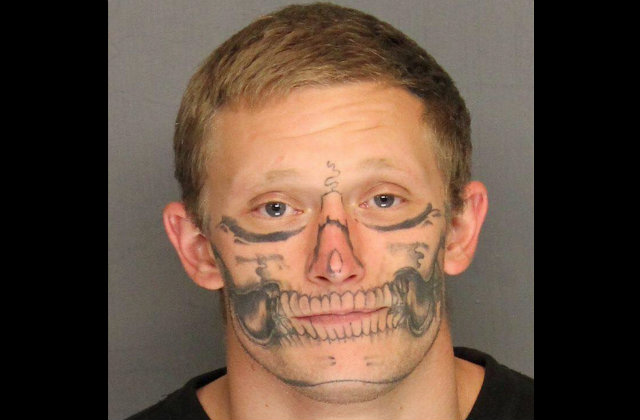 Remembering inmate Corey Hughes‘ face should be pretty easy. He rocks a tattoo that makes his face resemble a skull. That might make things a little simpler for the San Joaquin County Sheriff’s Office, who said he went missing from his work crew on Monday in Stockton, California near I-5 and Country Club Boulevard.

Deputies said he was sentenced on a weapons charge, and was set to be released next February 6. They want anyone with information to call dispatch at 209-468-4400.