Deputies: Missing Man Faked His Own Death to Dodge 24 Counts of Rape 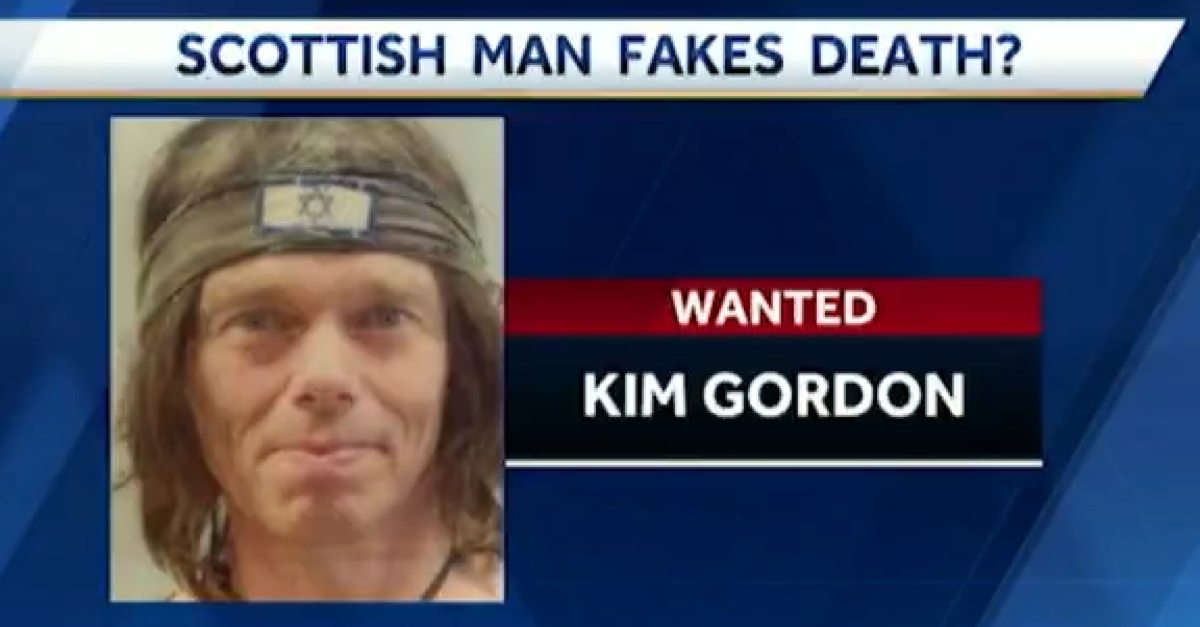 It started with a missing person’s case. Authorities in Monterey County, California were looking for Kim Gordon, but these investigators came up with a different theory. This man may actually be dodging 24 counts of rape over in his native country of Scotland, said authorties.

“As we dug deeper the deputies started looking into it with assistance of detectives from the Sheriff’s office, it started to crumble and fall apart and looks like he is trying to avoid prosecution out of Scotland,” John Thornburg of the Monterey County Sheriff’s Office told KSBW.

Gordon’s son reported him missing last Monday, authorities said. The 17-year-old claimed to have gone hiking while his father went swimming. Search efforts continued through Wednesday. No body turned up. Investigators now believe the story is a falsehood.

Thornburg said authorities are not sure how Gordon and son made it to Monterey County.

Gordon is scheduled to appear in an Edinburgh court this month, according to The Scottish Sun.

He was a local character in the city of Inverness, at least in the 2000s. Local outlet The Inverness Courier described him in a 2008 article as a “well-known busker” who won a license for street trading:

While he does not claim to be a saint, Mr Gordon is also often seen dishing out advice and assistance to young people, helping the elderly and pointing tourists in the right direction.

No charges have been announced against Gordon’s son, but counts of filing a false police reports, and aiding and abetting a wanted fugitive are possible. The teen has since returned to Scotland.