Cops: 19-Year-Old Shot Herself in the Mouth While Both Hands Were Handcuffed Behind Her Back 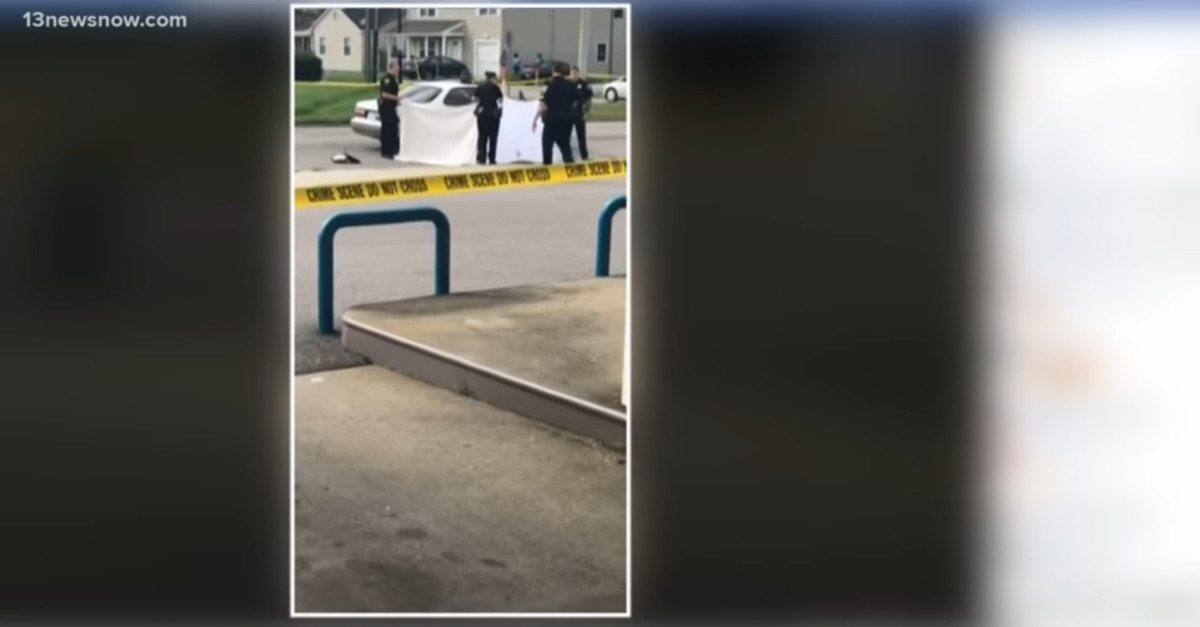 A teenage woman in Virginia allegedly shot herself through the mouth while both of her hands were handcuffed behind her back, according to law enforcement and the chief medical examiner.

Local NBC affiliate WAVY reports that 19-year-old Sarah Wilson was the passenger in a car pulled over during a late afternoon traffic stop in the summer of 2018 that eventually led to various drug charges for the driver. Police say they attempted to arrest Wilson’s boyfriend, 27-year-old Holden Medlin, after witnessing him swallow a “golf-ball”-sized bag containing an unknown substance.

A subsequent search of the car allegedly turned up 11 oxycodone and suboxone, a syringe, additional drug paraphernalia, a rifle, and several boxes of ammunition, court documents obtained by the outlet claim. The couple were reportedly approached by two police separately–one of whom was a uniformed patrol officer; the other assigned to the vice narcotics squad of the Chesapeake Police Department (CPD).

Medlin allegedly resisted arrest, fought with police and attempted to flee the scene. Wilson had already been handcuffed and the officer keeping watch over her then left to deal with Medlin’s alleged combativeness–ultimately subduing him through the use of a taser.

Police say that while both officers were tending to the Medlin situation, Wilson–who was left by the passenger side of the pulled-over 1996 Lexus–was somehow able to remove a gun from inside the car before she “contorted” her body and shot herself in the head.

An internal investigation quickly followed the incident–specifically focused on Wilson’s alleged suicide–in July of 2018 and ended some time later, but those results have yet to be made public and no details are forthcoming, according to CPD Officer Leo Kosinski.

Still, police told WAVY in August that Wilson was handcuffed at the time of her alleged suicide–but refused to explain how she was able to access the weapon. At the time, Kosinski confirmed that the gun used did not belong to either of the officers involved.

“We would want to have an officer with every suspect at the time, but when a suspect becomes combative it becomes a safety issue,” Kosinski added.

One of the officers was wearing a body camera at the time of the grisly traffic stop gone awry, however, the body camera was unable to capture any aspect of Wilson’s death because it was knocked off during the Medlin scuffle and then went offline, police claimed.

“It was due to the suspect’s actions that the camera was kicked offline,” Kosinski told the outlet. The footage prior to the physical confrontation has yet to be released by the department.

Last Thursday, the Office of the Chief Medical Examiner of Tidewater validated the initial account, telling WAVY that Wilson died from an “intra-oral gunshot wound.”

Wilson’s mother is skeptical of the official narrative concerning her daughter’s death.

In comments to The Virginian-Pilot, Dawn Wilson said her daughter was “a ray of sunshine” who loved her sisters. “She never would have left them. Never,” Wilson told the outlet. “Something went very, very wrong. Even if their story is true … they dropped the ball. My daughter is gone.”

Medlin’s charges are scheduled to be presented to a grand jury this Tuesday.