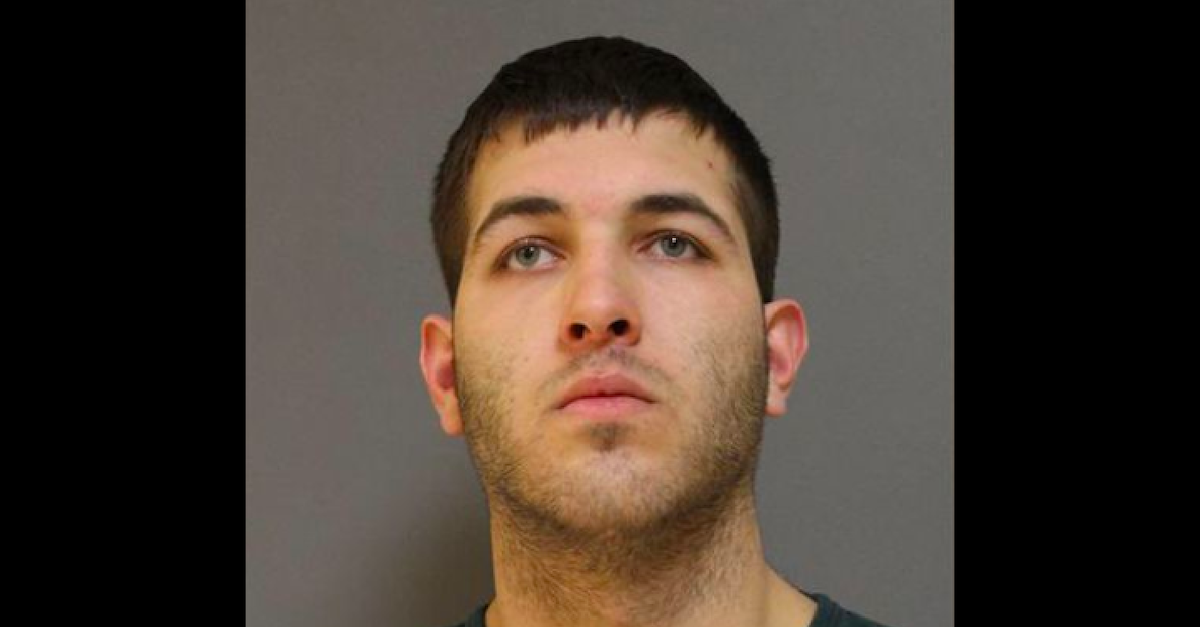 Anthony Comello, 24, appeared in an Ocean County, New Jersey courtroom Monday afternoon as the suspect in the fatal shooting of Gambino family crime boss Frank “Franky Boy” Cali. Police say that Comello is the man who gunned down Cali last Wednesday in Staten Island. Officers apprehended him Saturday in the Jersey Shore town of Brick.

Local ABC7 reports that Comello had some curious writing on his hand when he appeared in court. Some of the words appeared to say “MAGA forever” and “United We Stand.”

In addition to a murder charge, Comello is also facing a charge of being a fugitive from justice, according to the Asbury Park Press.

Comello will next be taken back to New York, where he will face the murder charge.

Authorities are looking into details surrounding Cali’s death, including the possibility that it did not have anything to do with organized crime. One theory is that Comello was upset that Cali wouldn’t let him date his niece.

At the same time, police are not ruling out the possibility that Comello was working for someone else when he allegedly shot Cali 10 times. This could justify fears that Cali’s death could spark a mob war. Former FBI agent James Gagliano likened it to mob hits in the 1990s, wondering if this was just the beginning a a new wave of violence between rival criminal organizations.

“Guarantee this does not go unanswered,” Gagliano said in a tweet following Cali’s death.

Comello, meanwhile, has said that he acted in self-defense after Cali threatened him with a gun. Police have yet to recover a murder weapon. They reportedly found a gun at his family’s house in Brick, but they said it was not linked to the shooting.