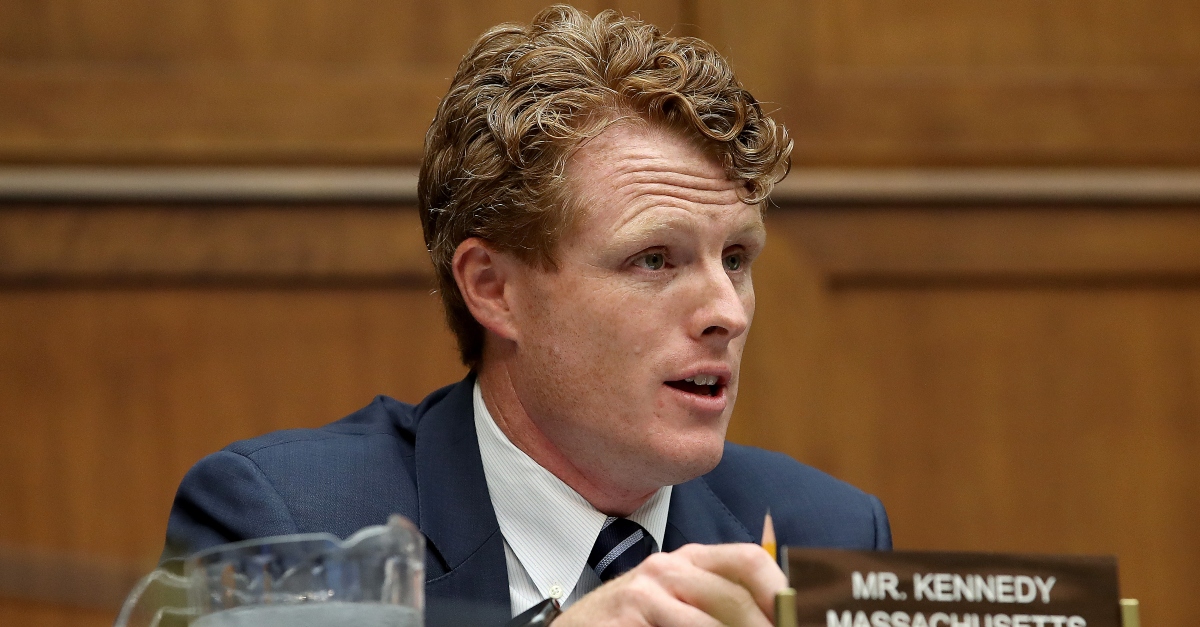 Police in Cambridge, Massachusetts are apologizing after a tweet appeared on their department’s official account calling Rep. Joe Kennedy (D-Massachusetts, 4th District) a “liberal fucking jerk.” They say a member of the department posted it by mistake to the official account, instead of to a personal one.

The post in question appeared under a tweet for a WCVB-TV story about Kennedy saying that it was difficult to secure personal protective equipment (PPE) during the pandemic.

“Another liberal fucking jerk who just happens to be better then [sic] the clown he’s running against,” stated the tweet from the Cambridge Police verified account. “Sad for us.”

For those who are curious, this was the tweet: pic.twitter.com/DEggfX4wgo

Kennedy is running against U.S. Senate incumbent Ed Markey in the Democratic primary.

“While the post was quickly removed, the concerning statements cannot be erased,” they wrote. “These actions do not reflect the professionalism that we as a department take great pride in & we want to sincerely apologize to the Congressman and those individuals the statement was directed at.”

Officers said they would take “appropriate action” for this.

Director Communications Jeremy Warnick told us in an email that an internal review was being conducted.

Update – 6:28 p.m.: Through the department, police Superintendent Jack Albert released a statement in which he said he wrote the tweet.

“To the City of Cambridge, my colleagues at the Cambridge Police Department and my friends and family, I wanted to take full ownership and responsibility for my regrettable actions following inappropriate political commentary I inadvertently published on the Department’s Twitter account,” he wrote.

Albert said he was a 32-year member of the department, who grew up in Cambridge. He said the tweet was written in a political debate with his friends.

“As a 32-year-member of the Cambridge Police Department, and someone who grew up in the City of Cambridge, I know the high standards the Cambridge Police are expected to uphold in the community,” he said. “Those expectations are rightfully heightened with someone in my executive position – on and off-duty. Unfortunately, in a moment of heated political debate with friends, I posted commentary that was out of character and not something I am proud of. I – not the department – deserve the criticism that has been directed to the Police Department over the last 24 hours.”

Albert said the tweet detracted from the work of his colleagues amid COVID-19. He apologized to them, Markey, Kennedy, and the Cambridge community.