Bodies of 11 Infants Found in Ceiling of Former Funeral Home 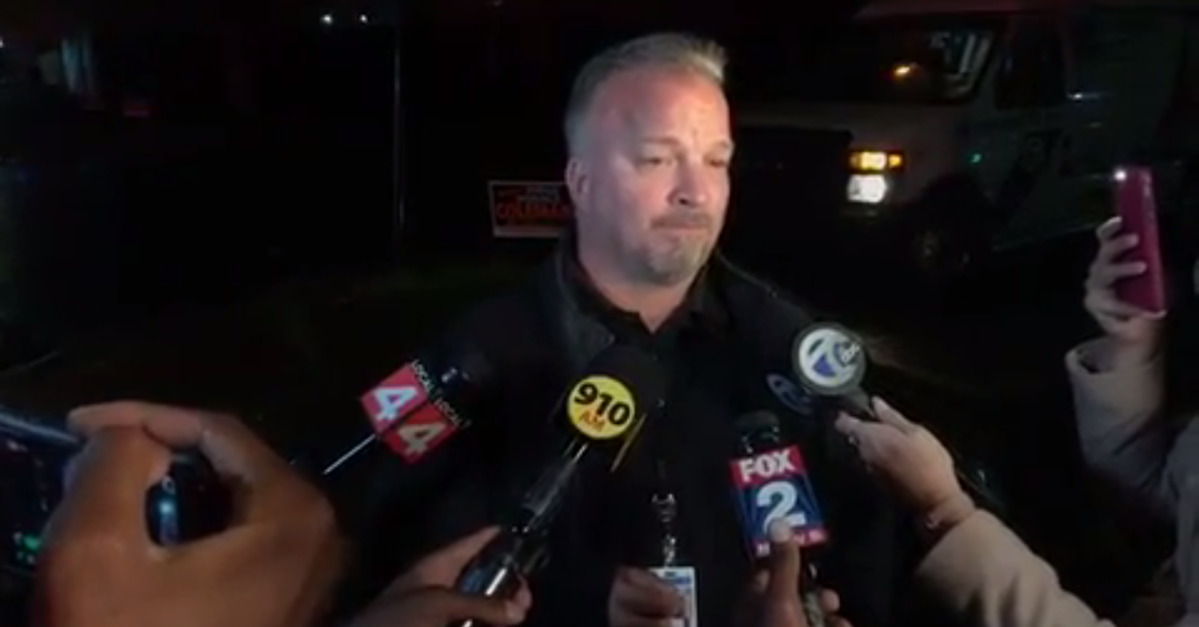 Extremely decomposed bodies of 11 infants were discovered in the ceiling of a former funeral home in Detroit late afternoon on Friday.

According to the Detroit Free Press, state investigators acted on a tip received in an anonymous letter which detailed precisely where the bodies were located and how to retrieve them from their storage area inside a false ceiling constructed for the purpose of secreting away the infants’ remains.

The macabre situation unfolded at the former Cantrell Funeral Home–just blocks away from the Indian Village neighborhood, one of the most affluent and wealthy areas in all of Detroit.

The former funeral home was shuttered by state inspection authorities in April over “deplorable, unsanitary conditions” and multiple violations of state law.

According to the local ABC affiliate WXYZ, some of those conditions included an unsanitary embalming room, improper storage of embalmed bodies, embalmed bodies “covered in what appeared to be mold,” and a body’s “facial area covered in unknown fluids.”

Additional violations included failure to deposit over $21,000 received for pre-need funeral services as well as multiple allegations of fraud, deceit and gross negligence in the provision of mortuary services.

Michigan residents trust funeral home directors, owners, and their establishments to follow the law, especially when dealing with the death of a loved one. We will continue to aggressively hold every funeral home in Michigan to the highest standards of public health and safety when providing final arrangements.

On Friday, after retrieving the infants’ bodies, Michigan State Police combed through the former funeral home in search of additional bodies. A cadaver-trained dog searched through the entire building but turned up nothing in that regard.

At least some of the infants have been identified, according to Detroit Police Lieutenant Brian Bowser. In comments to the Free Press, he said, “We do have names for some of the remains and we’re going to try to contact the families.”

The infants’ bodies were stored “in one [cardboard] box and one small casket,” according to Bowser. Some of them appeared to have been stillborn. In additional comments to the media, Bowser said he was upset by the “by the callousness of the owners, the operators, [and] the employees of the funeral home.”

Michigan Department of Licensing and Regulatory Affairs Communications Director Jason Moon said the discovery of the infant’s bodies would be factored into the organization’s ongoing investigation into the April regulatory violations and closure. Moon’s agency received the original anonymous letter about the bodies.

“We will use the evidence gathered today to add to our open investigation and will continue to work with local law enforcement as this case proceeds,” Moon said.

Bowser also noted that the bodies were fairly well-hidden and that authorities were attempting to contact Raymond Cantrell, the former owner of the funeral home–and would also be following up with the funeral home’s former employees.

“Obviously, it was either an employee or someone who had knowledge,” Bowser said.

The property involved is currently being reconfigured into a community center. The Cantrell family operates a successor funeral home in the Detroit suburb of Eastpointe. Law&Crime reached out to this business for comment on the matter but an employee said the two homes have never been affiliated with one another and declined to comment further.