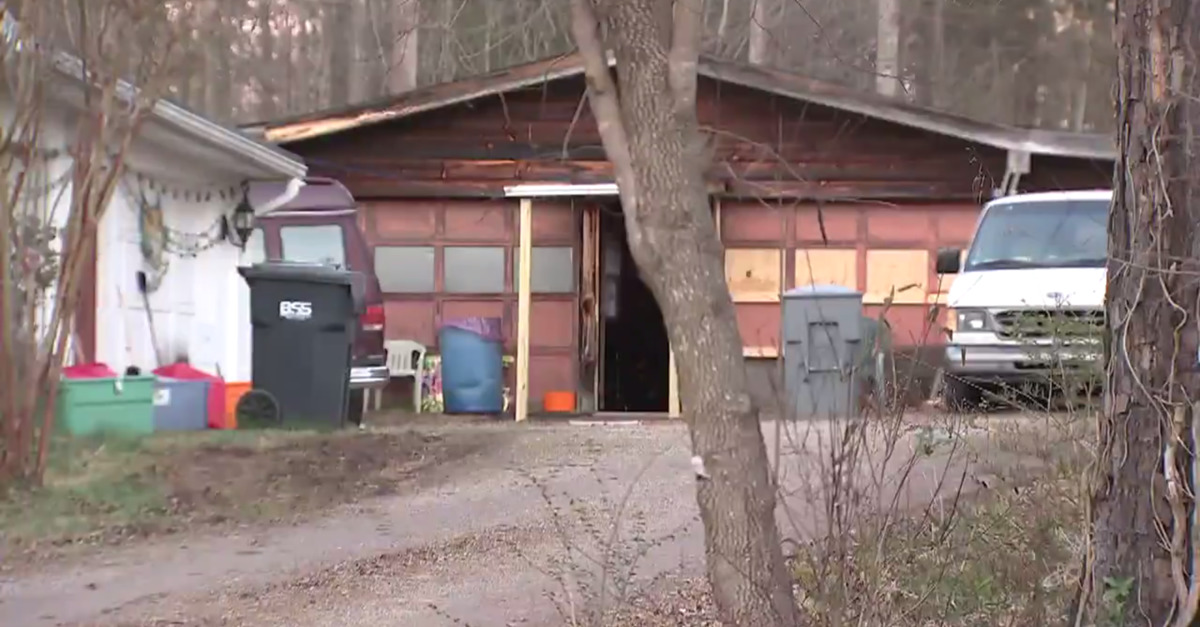 Police in North Carolina raided a man’s home on Friday over allegations that he was using his garage as an unlicensed strip club and bar. The homeowner said authorities made a mistake and that a pole in his self-described “man cave” was simply used by his wife and daughter to exercise.

According to local ABC affiliate WSOC-TV, multiple law enforcement agencies took part in the raid of an “illegal strip club” at a rural home in Iredell County. The agencies claimed to have recovered an undisclosed amount of marijuana, alcohol and weapons from “Buster’s Strip Club” in Statesville, North Carolina.

State and county officials targeted the residence of 58-year-old David Lee Yates, Jr. after numerous local Tarheels allegedly submitted anonymous complaints about the activities said to be occurring at what the North Carolina Department of Public Safety termed “an illegal adult entertainment nightclub.”

“Anytime you are having drinking and stripping, you’re going to have shooting and fighting,” a neighbor who requested anonymity told the outlet. “You don’t need stuff like that, not here around this neighborhood. You don’t see stuff around here like this.”

“That’s where guys get together and have fun I guess,” neighbor Tim Lindley told the outlet. “I don’t think much of it. It’s not my kind of thing that I would go to personally. But I guess if men like that kind of thing, that’s for them. I don’t care about it. … It doesn’t bother me at all.”

Lindley also contradicted law enforcement’s reasoning behind the raid–saying that he had “never heard a complaint.” When WSOC’s reporter pushed Lindley on local zoning laws and neighborhood suitability for such an establishment, Lindley insisted that it still wasn’t a problem as long it was “kept at a medium” and out of the sight of the general public and children.

According to the outlet, Yates declined an on-camera interview, but did admit to selling “moonshine” out of his man cave.

Yates was the only person in the house at the time of the raid and he was ultimately charged with selling alcoholic beverages without obtaining a license from the North Carolina Alcoholic Beverage Control Commission.

“These locations attract individuals who buy and sell illegal controlled substances, weapons and violence which puts a strain on local law enforcement services,” said Meredith Shoaf, North Carolina ALE assistant special agent in charge. “This is part of ALE’s Community Betterment initiative which partners with local law enforcement to help shut down these types of locations and improve the quality of life within a community.”

Yates was arrested and faces a fine of $500.