Woman Allegedly Grabbed, Kicked, and Slapped Her 3 Coronavirus-Positive Kids for Not Wearing Masks 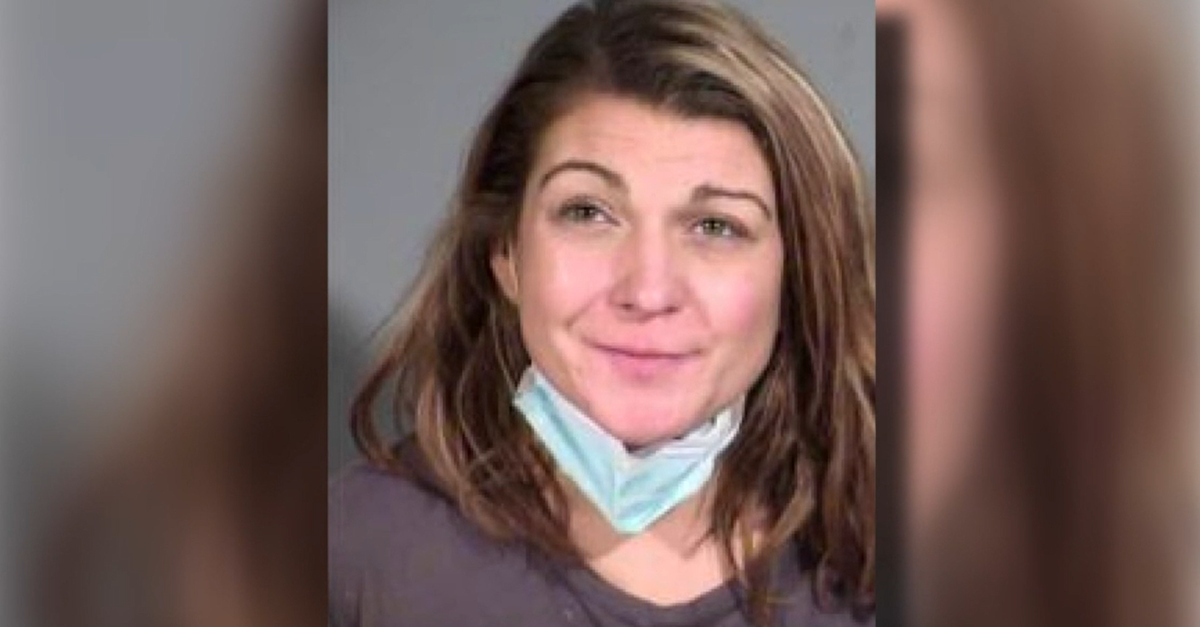 An Arizona woman allegedly beat her children for not wearing masks. Sarah Michelle Boone, 32, was arrested in the town of Wickenburg, according to 3TV/CBS 5.

The allegation is that the three victims had tested positive for coronavirus, but they weren’t wearing their masks. Boone is accused of going well over the line in addressing this. She allegedly struck one child in the face, kicked the second, and picked up another by the neck. The victims were described as Boone’s children and stepchildren.

Boone allegedly left the scene after discovering police were called to her home. Officers claim that they found her walking down the street. She allegedly fought them when they attempted to arrest her, and they used a stun gun on her. The confrontation is described as taking minutes before she was finally put in handcuffs. Investigators suggest she was under the influence of drugs or alcohol at the time, but they did not specify a substance. Nonetheless, she was reportedly described as having alcohol problems.

The victims were ages 5 to 14, cops said in a 12 News. They were described as not needing hospital treatment. Officers assert the defendant has a history of similar behavior, with an arrest in September. Cops said they also went to her home twice in November for domestic violence.

Boone was locked up in Maricopa County jail on charges of child abuse, assault, disorderly conduct and resisting arrest.

She is ordered not to contact her kids if she posts the $5,000 bond. It is unclear if she has an attorney in this matter.