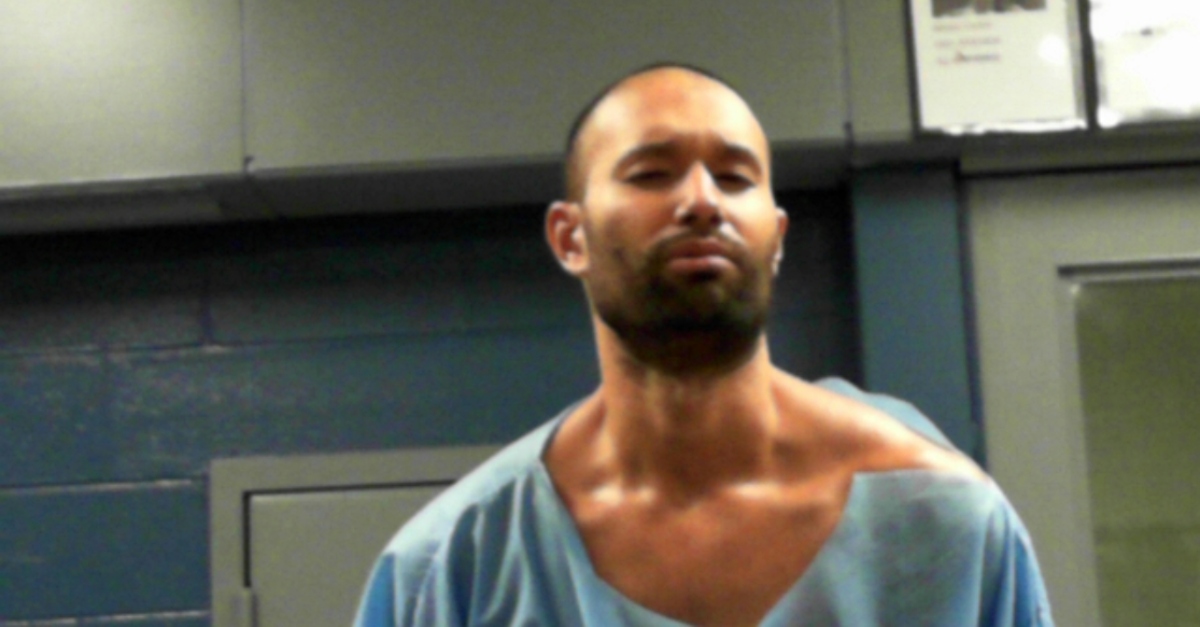 A West Virginia man charged in the double murders of his parents apparently used an axe, which was found at the scene, said a local law enforcement official.

“That’s what appears to be at the time,” Kanawha County Sheriff Mike Rutherford told WV MetroNews on Friday. “We have recovered one and we’re in the process of working on that right now.”

Defendant Takanao Kambara, 26, is accused of murdering his parents Tsukasa Kambara and Claudette Kambara. They lived at the same home in Charleston, West Virginia. According to deputies on Thursday, neighbors called 911 to report suspicious behavior. The defendant was allegedly going door to door, and also piling paintings across the street from his residence.

Deputies found him outside the home. He allegedly told them there were two bodies inside the residence.

“He indicated they did not die naturally,” deputies said, adding that they found the bodies inside. The parents had died from what authorities described as apparent lacerations. Rutherford’s update on Friday is in line with this previous detail.

Authorities may be reserved with the information here, but the charges in question make no equivocation on what they think happened. Takanao Kambara is charged with two counts of first-degree murder.

Rutherford said they had “domestic situations” at that home in the past, but again, he was vague.

“We’re still working on that,” he said.

Law&Crime will note that Kambara has a reported history of mental illness. Charleston cops were searching for him when he went missing in 2019. His family said they were worried about him.

SHARE: Charleston police are continuing to search for Takanao “Taka” Kambara, who was reported missing on April 29. Police say he suffers from a mental illness and is known to frequent the Washington Manor area of Charleston. https://t.co/Q2eOu1i0Xw

This mental illness element is something to keep in mind as the case makes its way through the courts, with different potential ramifications for pre-trial, trial, and sentencing. It is unclear if Kambara has an attorney at this time.