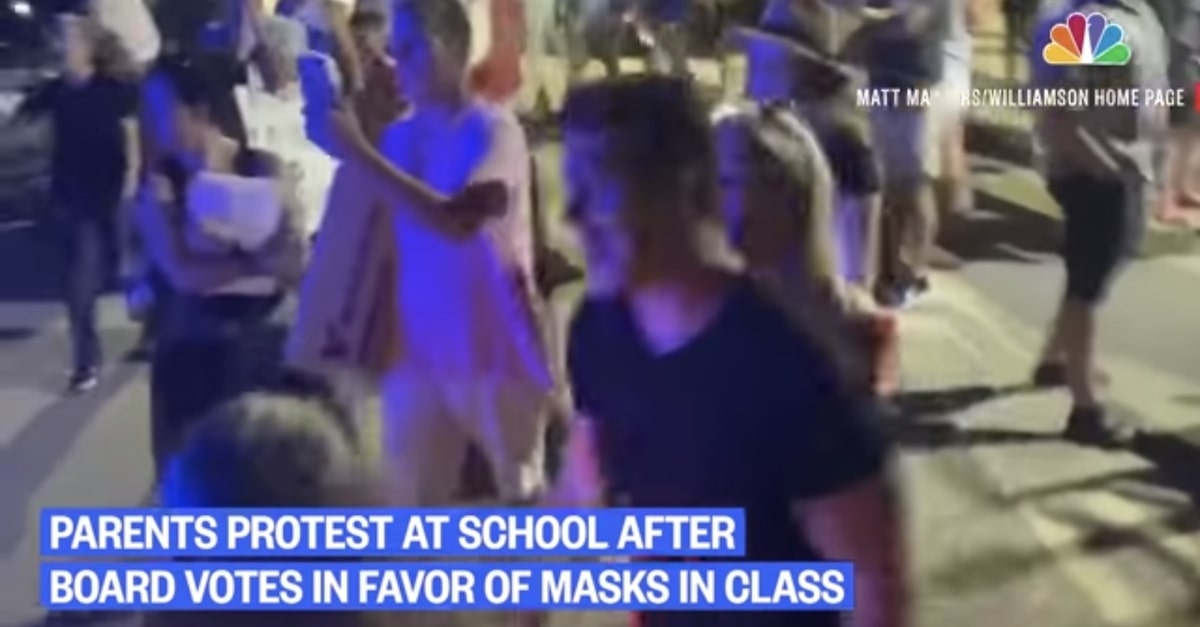 “The Department has heard from parents from across the country – particularly parents of students with disabilities and with underlying medical conditions – about how state bans on universal indoor masking are putting their children at risk and preventing them from accessing in-person learning equally,” Secretary of Education Miguel Cardona wrote in a statement. “It’s simply unacceptable that state leaders are putting politics over the health and education of the students they took an oath to serve. The Department will fight to protect every student’s right to access in-person learning safely and the rights of local educators to put in place policies that allow all students to return to the classroom full-time in-person safely this fall.”

“With the start of the new school year, the nation has experienced significant increases in the number of new COVID-19 cases in the general population and specifically among school-age children,” the letters state, citing statistics from the Centers on Disease Control and Prevention. “Reports show distressingly high rates of hospitalization of children with COVID-19. National data also show that children with some underlying medical conditions, including those with certain disabilities, are at higher risk than other children for experiencing severe illness from COVID-19.”

In light of those statistics, the Education Department is probing those states’ compliance with Section 504 of the Rehabilitation Act and Title II of the Americans with Disabilities Act. Both laws are designed to protect people with disabilities.

The agency declined to open probes in Florida, Texas, Arkansas, or Arizona because those states’ bans on universal indoor masking have been blocked by court orders or otherwise stayed by state action. Arizona educators requested an injunction before the state’s anti-mandate law goes into effect on Sept. 29, in a lawsuit that remains pending. The Education Department vowed to monitor developments in those four states to determine whether an investigation is warranted.

“I have heard significant evidence concerning the medical and scientific basis for face-mask policies and I conclude that this evidence demonstrates that face mask policies that follow CDC guidance are at this point in time, reasonable and consistent with the best scientific and medical opinion and guidance in the country,” Judge Cooper said in a bench ruling last Friday, which DeSantis vowed to appeal.

Texas judges have blocked multiple pandemic-related executive orders by Gov. Greg Abbott (R), including one seeking to blame the state’s rising coronavirus infections on migration (contrary to the evidence) and another seeking to ban mask mandates in schools.

Though Secretary Cardona spoke of an outcry from parents in favor of masking children, there has been a counter-reaction from parents who want the school to disregard the CDC’s recommendation. NBC captured footage of parents in Tennessee chanting “We will not comply” and angrily confronting a board member in his car in a viral video.