The Pundits Are Wrong, Donald Trump Stills Wins The Nomination 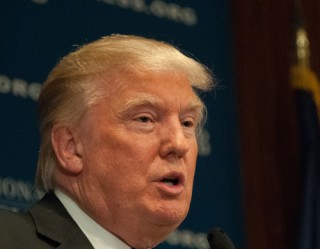 Cruz wins Wisconsin but Trump wins the nomination. Here’s why.

The narrative on national television says that establishment Republicans will seize control of the Rules Committee at the RNC and they will open the convention to nominations from the floor.

It’s an unlikely scenario and even if it happens there’s a bigger problem. Any change in the rules must be ratified on the floor of the Convention where Trump and Cruz delegates will shut it down.

Trump doesn’t want a new face in the competition, someone who hasn’t gone through the rigorous debates. That face would be a clean slate and voters could project what they want on it. And Cruz wants to be the only Trump alternative, which is his only chance to win.

Remember when Rule 40(b) was changed in 2012? When it went to the floor of the Convention, Chairman, John Boehner said, “In the opinion of the Chair the Ayes have it!”  Remember the uproar?  And that was over Ron Paul giving a speech.

Just imagine the bedlam if this convention’s chairman, Paul Ryan, tried to do that in Cleveland where the Trump and Cruz delegates dominate the floor? He would be betraying the two front runners of his own party. It wouldn’t work. The noise would be deafening.  His political career would be over forever.

So the Rules changes that everyone is salivating over on television this week are not likely to happen because even if they were changed in Committee they would not be ratified by the whole convention. There’s more. The Establishment must not only take control of the Rules Committee it must take control of the Credentials Committee or conceivably lose control of both. The Credentials Committee has the power to seat and unseat delegates that are being chosen at conventions. It will settle any challenges and decide what was fair at the respective State Conventions.

In 2012, this Committee arbitrarily removed duly elected Ron Paul delegates and replaced them with establishment Republicans. This is where Paul Manafort (Trump’s convention advisor) will earn his pay. If the establishment was seen to be pushing a third candidate at the RNC you could expect the Credentials Committee, dominated by Trump and Cruz, to start replacing delegates with their own. They could even bleed the establishment from the Rules Committee.

I know it sounds funny that Trump and Cruz would be working together but it is very likely in this scenario.  Trump would say we will take ten more out of the Minnesota delegation and give you ten more in Missouri.

Now, these new delegates will have to vote on the first ballot according to the state rules of their party just as the establishment delegates they replaced but in Committees and on the floor of the Convention they would vote as directed by their Trump-Cruz whips.

That’s why a multiple ballot convention would only belong to Trump and Cruz and not lead to Kasich or a “new face” as some are now claiming.

Finally, one last thing about the so called establishment. It is not monolithic. We are learning that many support Cruz and surprisingly many support Trump. The idea that John Sununu, Ben Ginsburg or Karl Rove can direct them is false.

So if the race is down to Trump and Cruz, which both men want, how does Trump win in the growing face of the “never Trump” movement?

Let’s start with money. Trump was outspent 10-1 in Wisconsin. At some point he can start to spend money to defend himself.

The next contest is in New York. With all the attention given to Trump’s insults you may have forgotten that Ted Cruz had one of his own, denigrating “New York values” in a national debate.

The decision will ultimately go to California. Martha McCallum of Fox News said something very poignant this morning. It just seemed to pass by everybody unnoticed. She said, “There is momentum in the delegate gathering process too.” It was a very savvy observation.

Just as there is power in sequential Primary-Caucus wins, history shows that there are advantages to having the most delegates going into a convention. If Cruz needs 500 more delegates to win and Trump only needs 200, he will have a huge advantage.

Win or lose, the colorful billionaire, Donald Trump, has much to offer an uncommitted RNC delegate who has already had his picture taken with four presidents. A Christmas Party at Trump Towers in Manhattan may be even more memorable to a delegate than yet another Christmas Party at the White House.