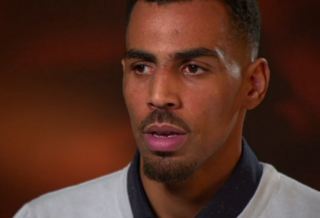 Atlanta Hawks forward Thabo Sefolosha had an incident with New York City police in 2015 that left him with a broken leg. Now he’s suing five officers and the city for $50 million, ESPN reported.

It happened outside Manhattan nightclub 1Oak on April 8, 2015, when police claim they were conducting an investigating. Officers said Thefolosha and then-teammate Pero Antic were arrested for interfering with a crime scene. During the arrest, Thefolosha claims he sustained a broken leg and damage to a ligament, keeping him out of action for the rest of the season and the Hawks’ deep run in the NBA playoffs.

Thefolosha is now suing on claims of false arrest, excessive force, malicious prosecution and false imprisonment. He filed notice of the claim back in October to keep the option of suing open, but he told ESPN that at the time he wasn’t sure if he wanted to go through more legal proceedings. He finally went forward with the case on Wednesday. He claims that what happened damaged his reputation and value as a player, and that it was a racial matter. The Swiss-born Thefolosha is of African descent.

Antic filed his own lawsuit against police officers and the city, seeking $25 million.