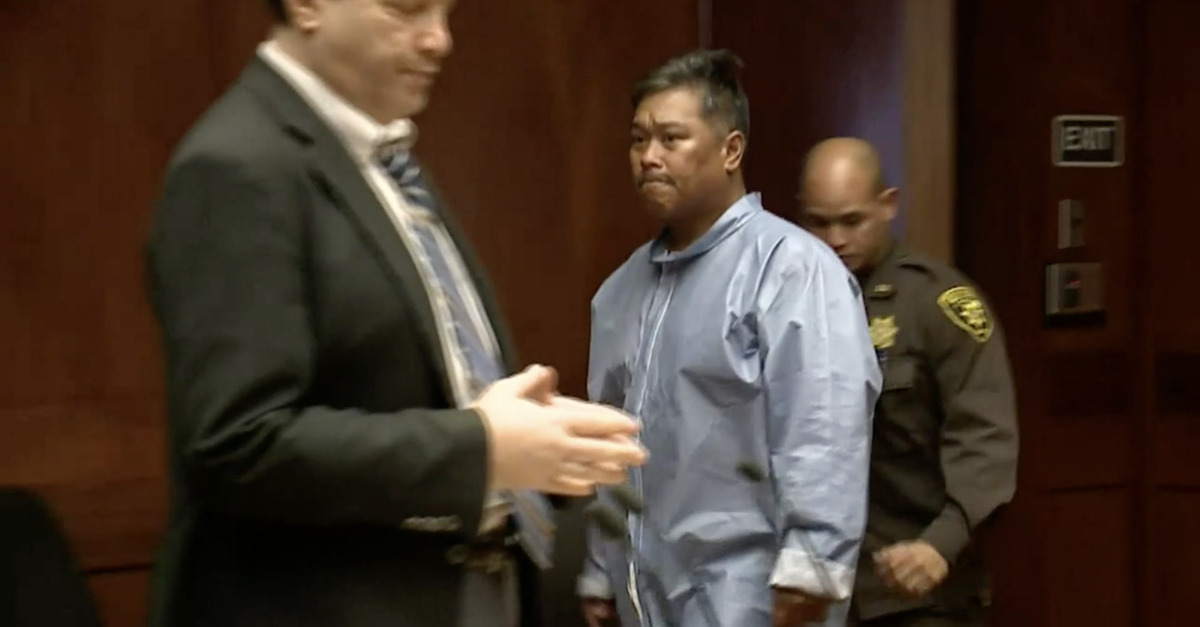 The highest court in Hawaii on Thursday issued a reprieve for a man prosecutors unlawfully charged with murder in an opinion that is likely to have substantial ripple effects on the state’s legal system.

Richard Obrero shot and killed 16-year-old Starsky Willy during a disputed interaction outside of the older man’s home in November 2019. Obrero, then 50, consistently maintained that he shot the boy in self-defense after Willy and other youths broke into his home and assailed him with a flurry of BB or airsoft gun fire. Some neighbors reportedly disputed the shooter’s claim. Days later, the state charged Obrero with murder in the second degree as well as five other serious felonies.

Prosecutors in Hololulu then made their case to a grand jury. But the circumstances of the case apparently did not lend themselves to a story that grand jurors would indict on. And, in the end, they didn’t.

“The grand jury returned a no bill,” Hawaii Supreme Court Justice Todd W. Eddins explains in the majority opinion. “It did not think there was probable cause to believe Obrero committed any of the charged crimes. And it voted against allowing the State to subject Obrero to the indignity, expense, and stigma of a criminal prosecution.”

But, the court notes, the state “was undeterred.”

Hours after losing before the grand jury, prosecutors took the case to a district court. The judge was friendlier to the claims and found probable cause to maintain the charges against Obrero.

Obrero subsequently pleaded not guilty and was held on $1 million bail while his family and home were attacked, threatened and “terrorized,” in retaliation, according to the Honolulu Police Department, Honolulu-based Fox/CW affiliate KHON reported at the time.

Then a defendant, albeit unlawfully, Obrero pointed out exactly that in a July 2021 motion for dismissal.

Under Hawaii law, a person must be charged in an indictment for certain felonies – including all forms of murder. Lesser crimes, including some low-tier felonies, can be charged in a criminal information. Additionally, judges themselves can sustain contempt proceedings and charges “within the jurisdiction of a district court.”

The statute on point here, which Obrero cited, reads:

No person shall be subject to be tried and sentenced to be punished in any court, for an alleged offense, unless upon indictment or information, except for offenses within the jurisdiction of a district court or in summary proceedings for contempt.

“The State opposed Obrero’s motion,” Eddins notes. “It urged the court to look beyond the plain text of HRS § 801-1 and interpret the statute.”

That’s what the court did.

Applying the in pari materia canon of statutory construction in order to resolve an alleged ambiguity in the application of the relevant law, the trial court said that the statute cited by Obrero alone “could lend itself” to his argument that he was being falsely subject to the legal system. But, the court reasoned, that one statute should not be read alone and held the state could, therefore, simply use criminal complaints and judges to bring and sustain murder charges.

In no uncertain terms, the Aloha State’s highest court rebuked that understanding of law and legal reasoning.

“[The relevant law] HRS § 801-1 plainly states that the State must secure an indictment to subject Obrero to trial and sentencing,” Eddins writes. “We agree with Obrero that we cannot undo this unambiguous statutory requirement with an in pari materia analysis: the in pari materia canon is used to resolve statutory ambiguity, not create it.”

The opinion goes on to explain in more detail:

The plain language of HRS § 801-1 leaves little room for confusion or doubt about what the State must do if it wants to subject Obrero to trial and sentencing: the statute says that if the State wants to subject a criminal defendant to trial and sentencing for alleged offenses other than contempt or those in the jurisdiction of the district court, it must have an indictment or information.

The State has not advanced any “reasonable, competing interpretations” of what’s required by the statute. There is therefore no ambiguity about what HRS § 801-1 requires the State to do before it may “subject Obrero to trial and sentencing.”

The in pari materia canon of statutory interpretation is a useful tool for interpreting ambiguous or doubtful statutes. But it should not be used to muddle the meaning of unequivocal, but inconvenient, black letter law.

Prosecutors, in seeking to maintain their charges against Obrero, also advanced another argument: that the statute mandating an indictment for serious felonies had been implicitly repealed by a series of procedural changes to state law in the 1990s.

The high court saw fit to address that argument head-on.

“In addition to holding that HRS § 801-1 means what it plainly says, we also hold that the statute has not been implicitly repealed, HRS § 801-1 is still good law,” the opinion explains. “And the State’s prosecution of Obrero is unlawful because it has not complied with the statute’s indictment requirement.”

“[The] ruling poses a threat to public safety by causing delay in the charging of violent and dangerous offenders,” Alm said, adding that the ruling created “unwarranted restrictions” on prosecutorial power.

Obrero’s attorney , on the other hand, said his client was elated.

“He’s very relieved,” Thomas Otake reportedly said. “Everyone, including the Obreros, wished this whole incident didn’t happen and could have been avoided. As tragic as it was, it was the result of him defending his home.”

A large number of criminal cases are likely to be dismissed as a result of the ruling.

“To be clear, blame for any temporary chaos this ruling creates… should be placed on the prosecutors for getting it wrong,” Otake added. “Not on the Supreme Court for now getting it right.”