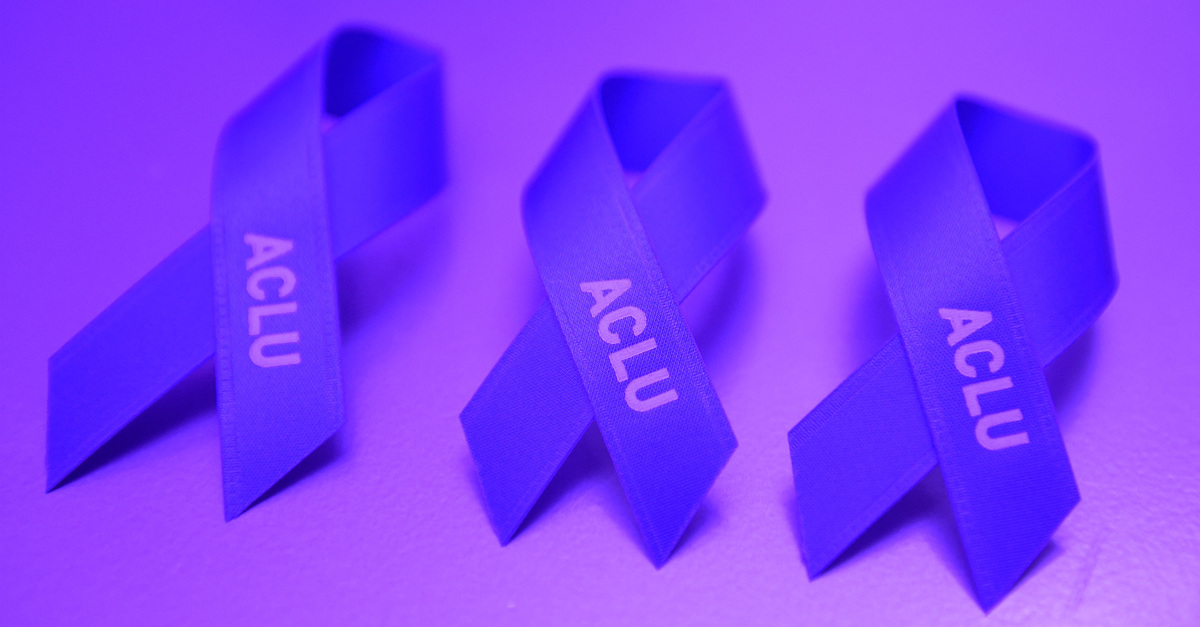 Workers and labor organizers at the American Civil Liberties Union (ACLU) of Kansas have met resistance from the affiliate’s executive director Nadine Johnson after reportedly obtaining majority support for a union there–accusing the storied civil liberties organization of “union busting” over a series of procedural moves apparently aimed at slowing down the union recognition process.

“THE ACLU IS TRYING TO BUST OUR UNION,” ACLU of Kansas United, the would-be union tweeted on July 1. “We need your help! We just learned that the [ACLU of Kansas] hired the second largest anti-union law firm in the nation, Ogletree Deakin [sic], to represent them against our efforts to unionize.”

“Ogletree Deakins has extensive experience representing management in union representation campaigns,” a summary notes. “Since its inception in 1977, the firm has represented clients confronted with every form of union organizing activity. From union card signing activity and traditional union campaigns involving NLRB elections, to campaigns involving various levels of neutrality, to multi-site and even global attacks, to corporate campaigns, our attorneys have represented clients effectively, efficiently and successfully.”

Johnson says her use of Ogletree Deakins is an honest effort to help move the organizing process along.

“This process (internally) is new to most of us and we do have a responsibility to our members, our volunteers, our board and our staff to make sure this complicated process unfolds properly,” she noted in a statement provided to The Wichita Eagle. “To that end, we hired a firm with experience in this area of law and have made clear to that firm that we do not oppose unionization.”

But the workers and their organizer disputed Johnson’s characterization and singled out the notoriously pro-employer law firm.

“The national staff has a union and they’ve got four or five state affiliates that have voted in a union and have union contracts,” Shannon Duffy, a business representative for the United Media Guild-CWA told Law&Crime. “They shouldn’t be freaked out by this.”

Duffy is currently representing ACLU of Kansas United and has worked for years on organizing drives across the country.

The choice of law firm for a self-styled progressive organization received criticism. Duffy said Ogletree Deakins is known to be “anti-union as hell” and noted that they are also considered Maricopa County sheriff Joe Arpaio‘s “favorite law firm” by Arizona media.

He said the process chosen by the ACLU of Kansas leadership, so far, “has been right out of the corporate America playbook” on “how to slow down and kill a union-organizing drive.”

“The reaction was surprising and it was also kind of troubling because normally when you give a progressive employer the chance to recognize a union there is very little push back,” Duffy said. “Even if they don’t instantly recognize the union and say they want proof, they agree to ‘card check,’ where a third party neutral comes in and they have someone who both sides trust oversee the process.”

Under the card check system, if a simple majority of authorization cards are signed by employees, the union is recognized under federal labor laws. The authorization cards are provided by the union organizer and the employer brings forms containing employee signatures in order for a mutually-accepted third-party to verify that the employees are actually choosing to form the union.

Such third parties are typically well-known local leaders sourced from politics or the clergy.

“When the minister or the elected official comes in, they take a look and they verify the signatures, and it usually takes 5-10 minutes, depending on how many cards you have to look at,” Duffy explained. “All you’ve got to talk about is, who do you trust to deal straight?”

But the ACLU of Kansas denied the card check route.

“They refused card check,” Duffy noted. “So we had to file with the National Labor Relations Board (NLRB). It’s Trump’s NLRB–and they don’t like organizing. I’m surprised the ACLU would want to deal with a governmental agency that’s overseen by a Donald Trump appointee.”

“We fully support our employees,” Johnson insists. “We want those seeking unionization to exercise absolutely every right they have at their disposal. In case you are unfamiliar with the history of the ACLU, one of our earliest victories as an organization was a 1926 labor rights case. We have an unequivocal record of supporting people in their efforts to assert their rights as workers.”

But the workers and their representatives are more than skeptical.

“I’ve seen all this before,” Duffy said. “I just never thought I’d see it from the ACLU.”

“They’re acting more like Walmart,” he continued. “You don’t expect this from the American Civil Liberties Union. We gave them a chance to live their values. They’re all about rights, but they’re kind of trampling on their workers’ rights.”

The ACLU of Kansas provided Law&Crime with the following defense of their actions in response to a series of multiple questions:

We are early in this process, and there has not been an employee vote. Consequently, there’s not much else to say at this point.

Editor’s note: this article has been amended post-publication to correct a transcription error and for clarity.