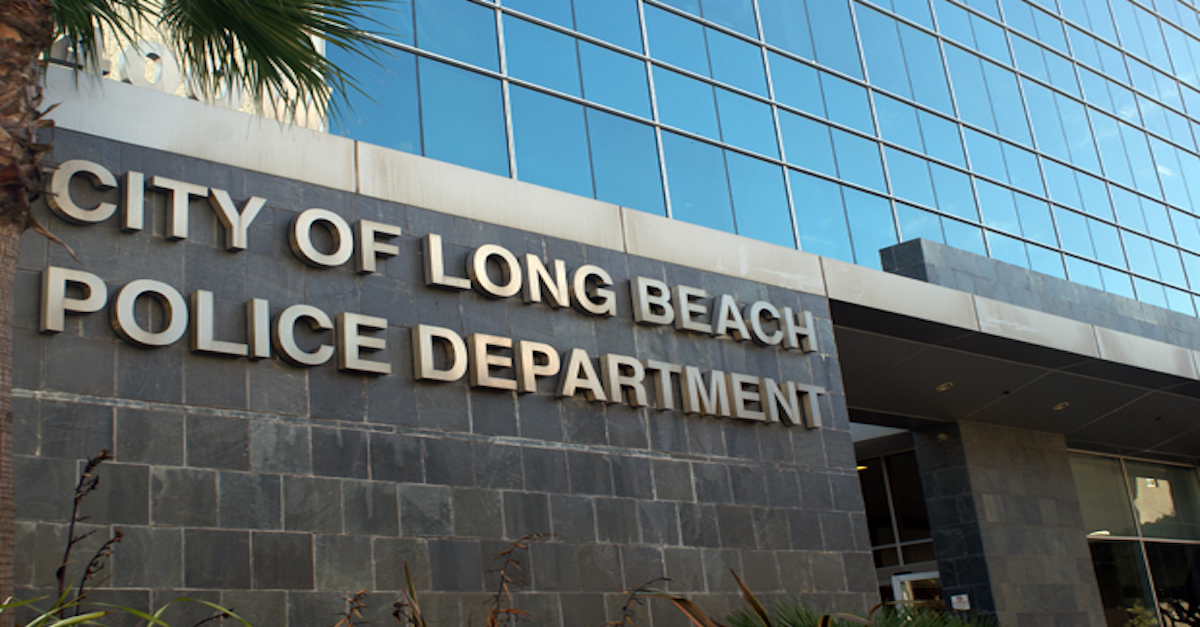 The headquarters of the Long Beach Police Department.

A former police officer sentenced to nearly six years in federal prison for distributing child pornography blamed public animus toward law enforcement and post-traumatic stress disorder for pushing him into a “deep depression” that led to his crimes.

“The detective told the defendant that the investigation would be closed, but that if the detective received another complaint related to defendant, both cases would be presented for felony filing consideration,” according to a sentencing memorandum from Assistant U.S. Attorney Kathrynne Seiden of the Central District of California. “Defendant did not question why the detective was calling him and affirmed that he understood.”

The Long Beach Post reported the detective “only learned Brown was an LBPD officer after hanging up and looking him up in a law enforcement database.” A police spokesman declined to explain beyond saying the detective’s directive was “consistent with historical investigative best practices at the time,” according to the Post. Brown didn’t leave the force until after he was arrested in February 2021.

But Seiden asked for 70 months, saying Brown “evinced a desire to groom unwilling minors to participate in group sex acts, thus further expanding and encouraging the market” for the illegal images he distributed.

“He did those things while entrusted to protect the public,” Seiden wrote. “In other words, defendant’s sentence should account for the serious nature of his crime.”

Brown distributed some images while he was on duty, according to the memo, which said he “repeatedly spent the hours he was being paid to protect his community to instead victimize children by trading child pornography online.”

Still, prosecutors declined to seek a longer sentence for obstruction of justice because they said they “cannot say for certain that the materials defendant deleted contained additional evidence of defendant’s crime.” But at the same time, Seiden wrote, U.S. Probation’s 60-month recommendation assumes Brown had no additional images, which isn’t fair, either.

Seiden also took issue with probation’s assessment that Brown “was never psychologically suited to become a police officer due to his particularly sensitive an[d] empathetic nature.”

“To the contrary, law enforcement officers should be empathetic to the plights of crime victims,” Seiden wrote, “and defendant’s crime demonstrates a jarring insensitivity and distinct lack of empathy for society’s most vulnerable victims: children who are sexually abused by the adults they trust, and who must then repeatedly relive that trauma for the sexual gratification of strangers like defendant.”

Brown’s lawyers repeated probation’s 60-month recommendation, claiming he was prosecuted federally only because he was a police officer and likely would have received probation had the case stayed in Los Angeles County Superior Court. They cited a psychological evaluation that said Brown repeated becoming “increasingly disenchanted with work, especially since George Floyd,” referring to the Black man who was murdered by a Minneapolis police officer in May 2020, leading to national protests. He said he became a police officer “way too young, and I saw a lot of stuff, dead bodies.”

U.S. District Judge Virginia A. Phillips went with prosecutors’ recommended 70-month sentence. She also fined him $15,000 and ordered him to be on probation for the rest of his life after he’s released from prison.

[Image via the express written permission of the Long Beach Post.]