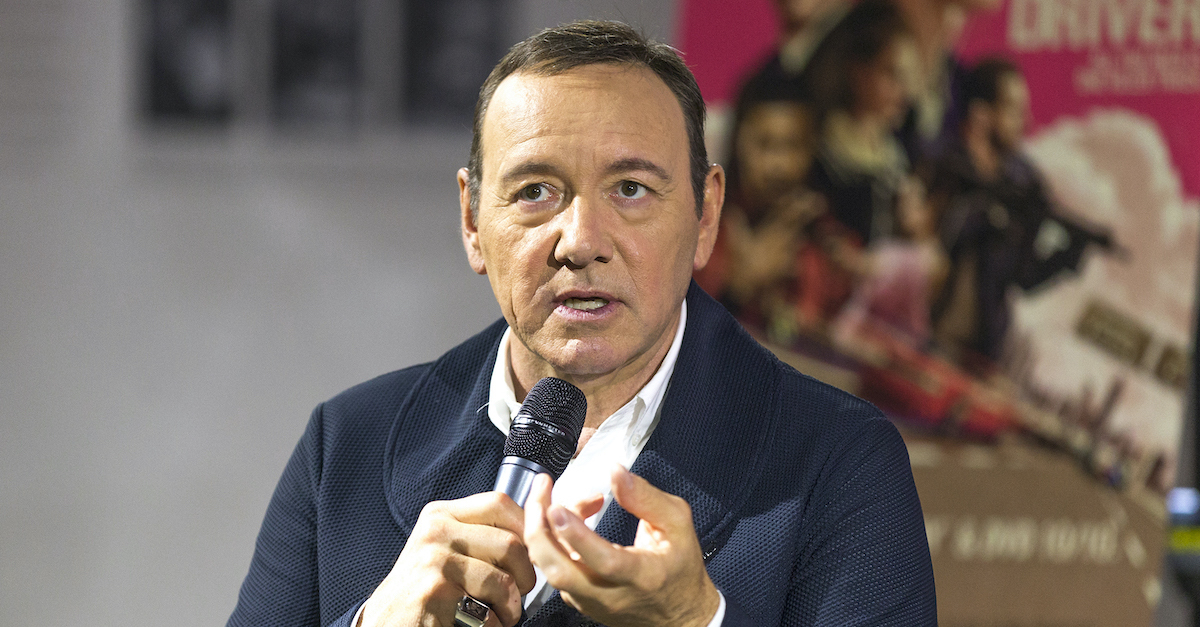 Actor Kevin Spacey has been charged with sexually assaulting three men in the United Kingdom, the Crown Prosecution Service announced on Thursday.

His charges include four counts of sexual assault against three men between March 2005 and April 2013.

“He has also been charged with causing a person to engage in penetrative sexual activity without consent,” Rosemary Ainslie, who heads the CPS Special Crime Division, said in a statement. “The charges follow a review of the evidence gathered by the Metropolitan Police in its investigation.”

One of the charges listed by CPS appears to carry a possible life sentence under U.K. law if proven in court.

Four of the alleged incidents took place in London, and the fifth happened in Gloucester, according to the authorities.

The Metropolitan Police Service (MPS), which is the primary law enforcement agency in London, listed the counts and the ages of the alleged victims as follows:

The first section, 3(1), reads as follows, according to a website which lists legislation in the U.K.:

(a) he intentionally touches another person (B),

(b) the touching is sexual,

(c) B does not consent to the touching, and

(d) A does not reasonably believe that B consents.

(2) Whether a belief is reasonable is to be determined having regard to all the circumstances, including any steps A has taken to ascertain whether B consents.

The second section, 4(1), carries similar penalties as those listed above.  It reads as follows, again per a U.K. legislation website:

(a) he intentionally causes another person (B) to engage in an activity,

(b) the activity is sexual,

(c) B does not consent to engaging in the activity, and

(d) A does not reasonably believe that B consents.

(2) Whether a belief is reasonable is to be determined having regard to all the circumstances, including any steps A has taken to ascertain whether B consents.

But section 4(4), which the CPS said was also being charged, carries more serious possible penalties.  It reads:

(4) A person guilty of an offence under this section, if the activity caused involved—

(a) penetration of B’s anus or vagina,

(b) penetration of B’s mouth with a person’s penis,

(c) penetration of a person’s anus or vagina with a part of B’s body or by B with anything else, or

(d) penetration of a person’s mouth with B’s penis,

is liable, on conviction on indictment, to imprisonment for life.

In the United States, Spacey, now 62, was previously sued over sexual assault allegations in civil court, and a criminal case against him in Massachusetts previously crumbled because prosecutors said the complaining witness was “unavailable.”  Spacey’s attorney in the Massachusetts criminal case argued the accuser deleted text messages that would have proven the actor’s innocence.

A spokesperson for CPS told CNN that the charges could not formally apply unless and until Spacey entered England or Wales.  The spokesperson would not comment on whether authorities in the U.K. would seek Spacey’s extradition.

The CPS and MPS press releases are below.

This story has been updated.