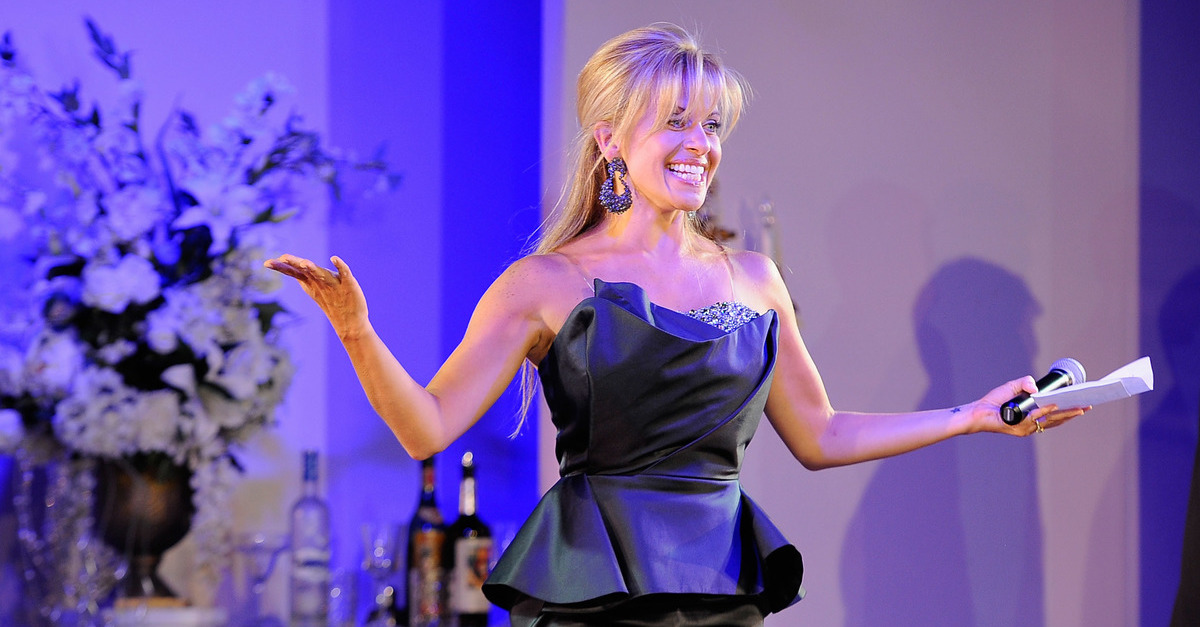 Two men in New Jersey were indicted by federal prosecutors on Tuesday over an alleged assault-for-hire plot targeting the current husband of The Real Housewives of New Jersey star Dina Manzo.

According to the U.S. Attorney’s Office for the District of New Jersey, Paul Manzo contracted alleged mobster John Perna to attack his ex-wife’s then-boyfriend and leave a “permanent facial scar.” In exchange, Manzo, who co-owns the popular Brownstone Restaurant, allegedly promised to hold Perna’s wedding reception at his restaurant “for free or at a deeply discounted price.”

In 2015, the attack allegedly went forward.

Federal prosecutors allege that Manzo, Perna and an unnamed accomplice located David Cantin “and his vehicle and eventually followed [him] to a strip mall in Passaic County, New Jersey.”

A Department of Justice (DOJ) press release adds the following:

In exchange for committing the assault, Perna held a lavish wedding reception at Manzo’s restaurant for a fraction of the price, which was paid by another Lucchese associate and close friend of Manzo’s. The wedding and reception, held in August 2015, were attended by approximately 330 people, and included many members of the Lucchese Crime Family.

The indictment also contains a lengthy explainer about the mafia:

The Lucchese Crime Family operated through groups of individuals, headed by persons called “captains” or “capos,” who control “crews” that consist of “made” members who, in tum, control subordinates, who are known as “associates” of the Enterprise. “Made” members are elevated to their position through induction ceremonies in which they pledge fealty, or allegiance, to the Enterprise for life. The “made” members often referred to themselves as “amica nostra,” “friends of ours,” or “wise guys.” Capos approve all significant actions taken by made members and associates on behalf of the Enterprise. In return, a Capo typically received a share of the illegal earnings of each crew, referred to as “tribute.” Otherwise, a “made” member controls the day to day criminal activities of his own crew, and enjoys the benefits of their criminal activities.

While describing Perna as an “organized crime soldier,” throughout the press release, the less-incendiary indictment also contains a charge of wire fraud against the alleged mobster for allegedly torching his own car and then filing a false insurance claim.

“Perna had staged the vehicle theft and arson with other members of the Lucchese Crime Family,” DOJ alleges in a statement.

“In November 2019, agents with the [Federal Bureau of Investigation] executed a search warrant at the Brownstone Restaurant and seized invoices for the August 2015 Perna wedding reception and other relevant documents that were not previously turned over,” DOJ noted in the press release.

The indictment also maintains that both Manzo and Perna were attempting to work their way up the Cosa Nostra ladder, repeatedly describing their alleged activity with “others known and unknown” as efforts made “for the purpose of maintaining and increasing position in the Lucchese Crime Family, an enterprise engaged in racketeering activity.”

Each of the white collar charges against both defendants also carries an additional maximum 20 years in prison and a $250,000 fine.