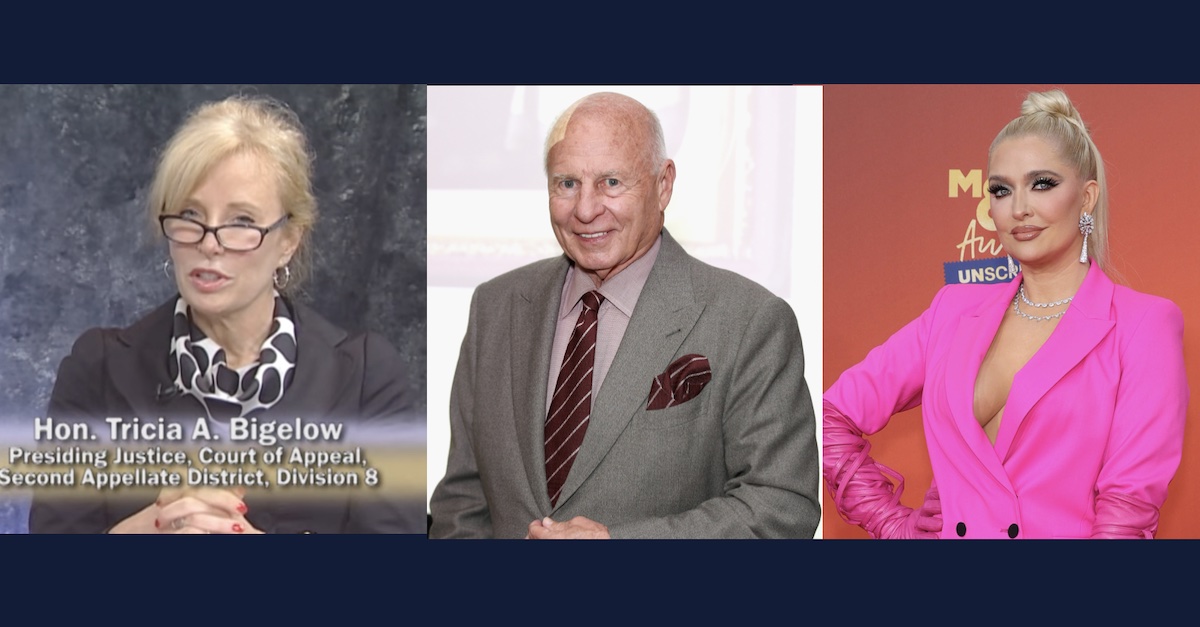 The court-appointed trustee for Tom Girardi’s bankrupt law firm obtained a Cartier-brand watch, necklace and bracelet after a judge had already signed off on the auction list, so she’s asking for an amendment to accomodate the additional bling.

According to the Oct. 5 filing, the items are valued at $6,500 to $9,500, which pales in comparison to the $750,000 Girardi paid for Jayne’s earrings but could still go to his law firm’s list of creditors, who trustee Elissa Miller has said in court filings are owed upward of $500 million. The items are from the same Girardi associate who already turned over to the trustee three necklaces – a Cartier, a Tiffany and a Bulgari — and and a pair of diamond earrings, together valued between $10,000 and $15,000.

Miller has found records showing Girardi used client money for the jewels, so she’s seeking to recoup them as assets for the firm.

Jayne, 51, has said Girardi, 83, bought her the earrings after a first pair he gave her were stolen in a burglary, though the Los Angeles Times on Aug. 4 reported that police and court records show “the money was transferred to the jeweler long before the earrings were stolen.”

Miller’s Aug. 30 filing to U.S. Bankruptcy Judge Barry Russell in Los Angeles identifies the source of the lesser-valued jewelry only as a “she” and “a former ‘friend,’” with Tuesday’s filing deeming her “a friend.” But the Times reported on Aug. 19 that retired California 2nd District Court of Appeal Justice Tricia A. Bigelow, who had a four-year romance with Girardi that ended in 2016, had turned over items to the trust, and Miller has said she got the first batch of jewelry on Aug. 18.

“Justice Bigelow does not want anything even potentially connected with monies Girardi took from his client-victims,” Bigelow’s lawyer, Alan Jackson, told the Times.

An Aug. 31 Times article details how Girardi sent Bigelow $300,000 to help her buy an oceanside condo in Santa Monica with money from his law firm’s client trust account. Jackson said Girardi “never shared anything with her regarding the source of any gifts.”

Jackson did not immediately return a phone call and email from Law&Crime seeking comment for this article.

Miller said when notifying Judge Russell of the new jewelry that she’d been “advised that the Friend had found some additional pieces of jewelry in the back of her closet and was subsequently delivered to the Trustee three additional items—all Cartier, a watch, a Love necklace and a Love bracelet.”

An auction has not yet been scheduled. The company hired to run it, John Moran Auctioneers, Inc., has operated previous Girardi-related auctions for the trustee.

There’s also a chance the high-dollar diamond earrings won’t be on the list, as Jayne is currently asking a federal judge to overturn Russell’s order that they be turned over to the trustee. The law firm money Girardi used for the earrings was meant for clients who’d been victimized by the Rezulin drug, and the fact that some of it paid for the earrings means Jayne “has no legal or equitable right” to the earrings, Miller wrote in her request for them in January.

Judge Russell agreed in July but found there was no evidence Jayne knew how her husband had paid for the gift, which her lawyer emphasized in his new appellate brief, arguing it shows Miller didn’t prove the earrings are indisputably property of the firm’s estate as the law requires.

Jayne first revealed Girardi’s affair with Bigelow in a since-deleted Instagram post on Dec. 19, 2020, that had screenshots of steamy text messages between Bigelow and Girardi. Jayne filed for divorce from Girardi in November 2020, and the massive client fraud scheme began to unravel through litigation in Chicago federal related to the Lion Air Flight 610 plane crash in 2018 that killed 189 people.

Read the short filing from the trustee below: