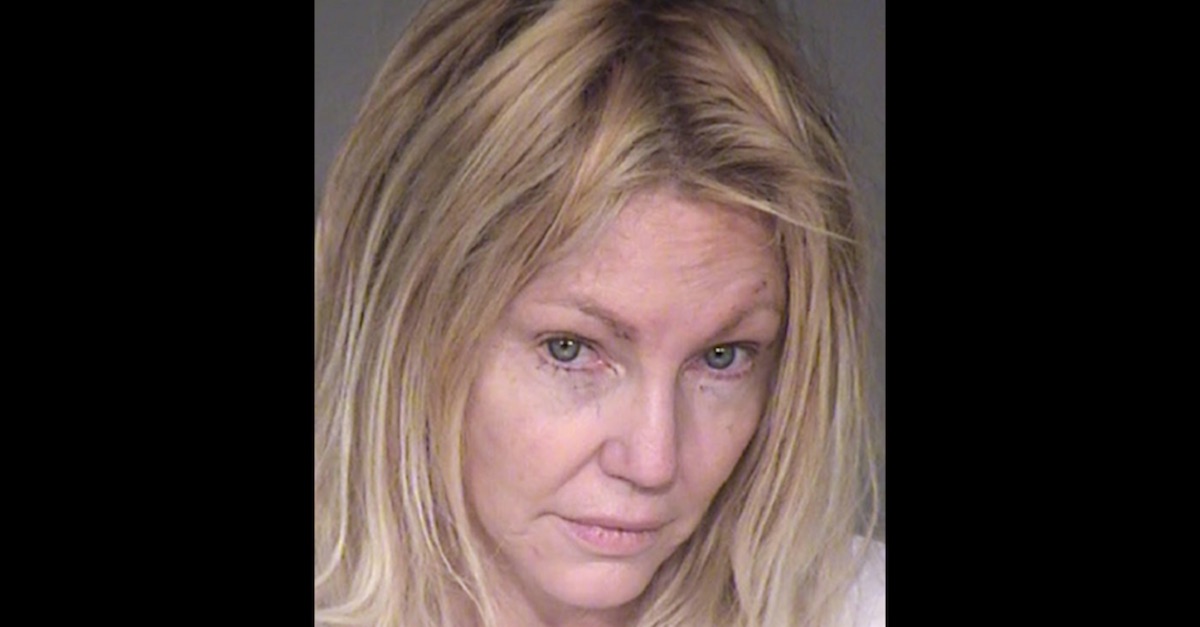 As if Heather Locklear didn’t have enough legal trouble after she was arrested for allegedly hitting an officer and an EMT last week, now she’s facing a potential lawsuit. According to TMZ, the emergency medical technician hired a lawyer, and is looking for the actress to pay up for the alleged incident.

The EMT, who has not been identified, got involved after Locklear had already been apprehended by deputies with the Ventura County Sheriff’s Office at her home on June 25, when they broke up an argument she reportedly had with family members. Authorities said Locklear was drunk at the time, and she allegedly hit one of the deputies.

At that point, they arrested Locklear, but before bringing her to the station, they wanted her to get medical treatment, hence the involvement of the EMTs. That’s when she allegedly kicked one of the medical workers in the chest.

No injury was known to be reported at the time, but sources told TMZ that the EMT did suffer injuries to the head and neck. According to the gossip site, the EMT wants Locklear to pay for medical bills, pain and suffering, and emotional damage for allegedly verbally abusing her.

Personal injury attorney Kevin Flahavan, who is representing the EMT, didn’t comment on the specifics of the case, only telling TMZ that he was concerned for her well-being.

This is just the latest legal problem for Locklear. In February of this year, she was arrested for allegedly attacking her boyfriend and responding officers. Domestic violence charges were eventually dropped in that case, but four misdemeanor counts remained for allegedly assaulting the cops.