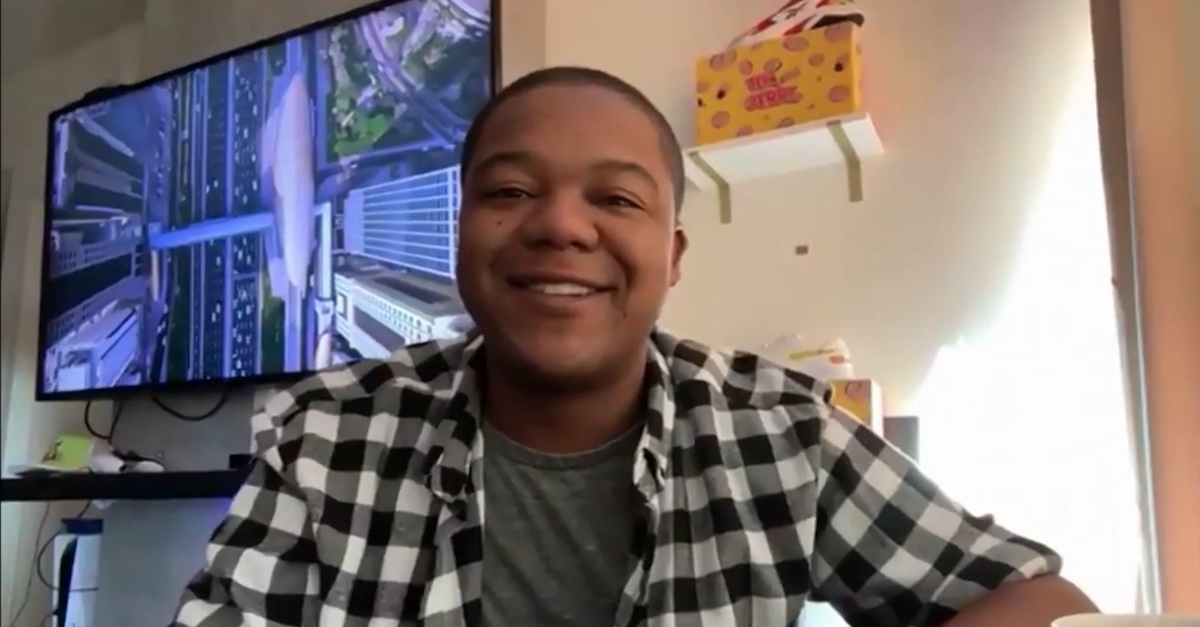 Kyle Massey, the star of two popular Disney Channel shows in the 2000s, has been charged with immoral contact with a minor in Washington State after allegedly sending sexually explicit videos, photos, and texts to a 13-year-old girl between December 2018 and January 2019, according to charging documents.

Massey, now 29, starred in Disney’s That’s So Raven and its subsequent spinoff Cory in the House, according to IMBD. His latest show, Millennials, premiered in February.

According to the King County Prosecuting Attorney’s Office, Massey was charged on June 14 with immoral communication with a minor, a felony punishable by up to 10 years in prison and/or a fine up to $10,000.

Massey did not show up for his arraignment hearing on Monday, according to King County prosecutors.

The charging documents, which identify the minor only as M.R., outline the explicit content Massey is accused of sending to the minor. At least one video is said by prosecutors to include images of female genitalia. One photo, according to an affidavit, appears to show Massey holding his genitalia while taking a picture of himself in the mirror.  Yet another video allegedly appears to show a shirtless Massey and then cuts to “a fully erect penis.”

Washington defines “immoral purposes” to include “the purchase or sale of commercial sex acts and sex trafficking, through the sending of electronic communication.”

The criminal charges appear to be linked to a March 2019 civil case filed against Massey claiming intentional infliction of emotional distress and negligence per se for alleged violations of the California penal code that prohibit various types of sexual contact with minors. Negligence per se is a legal doctrine which basically presumes that one who violates a statute automatically commits a civil tort as well.

According to the civil complaint, Massey had known the minor since she was four years old after meeting her family in Universal City, California. (The minor is now 16.) He remained in contact with the girl’s mother over the years, and in November 2018, when the girl’s mother told Massey that her daughter wanted to audition for a possible reboot of Massey’s show Cory in the House, Massey suggested the minor girl come to California to live with him and his girlfriend.

The complaint reveals communications between Massey and the girl over Snapchat in the months following his suggestion.

By December 2018, however, Massey had begun sending the minor sexually explicit texts, photos, and videos, various court documents indicate. According to the civil complaint:

– A Snapchat image of Massey holding his penis and crotch with a corresponding text message that reads, “LOL/Just me messing with u lol.”

– A Snapchat video of Massey shirtless with closeups of his erect penis from different angles.

The girl told her mother about the videos and texts, and her mother recorded them on her cell phone, according to the complaint.

The civil lawsuit asked for $1.5 million in damages.

In May 2019, approximately two months after filing the lawsuit, attorney Neville Johnson, listed on court documents as the mother’s attorney, filed a motion to be relieved as counsel.

The civil case against Massey was dismissed in December 2019, according to a Los Angeles Superior Court docket. It appears that Massey never filed a response to the complaint, and a lawyer or representative for Massey in the civil matter could not be reached.

According to the affidavit in support of the criminal charges, the girl’s mother contacted the King County Sheriff’s Office in February 2020.

Aspects of the civil case don’t entirely line up with parts of the affidavit in support of the charging documents in the criminal case. According to the affidavit by Daniel Arvidson, a detective with the King County Sheriff’s Office, the girl’s mother said her lawyers in Los Angeles advised her not to contact law enforcement or report the incident.

“Instead her lawyers had her file a civil suit in the state of California,” the affidavit states. “She told Deputies that the case was not filed by her lawyers. They stated Massey didn’t have enough money to make the case worth it. After discovering this, she then called the Sheriff’s Office to report the incident stating that she didn’t want Massey to do this to other children.”

Arvidson then describes a conversation with Johnson, who allegedly told Arvidson that his law firm “dropped the case due to the lack of money that Massey had and that it didn’t make financial sense for the law firm to proceed with the case.” The affidavit didn’t mention Johnson’s request to be relieved as counsel due to a lack of communication from the client.

When reached by Law&Crime, Johnson declined to comment on either the civil case or the criminal charges. The King County Sheriff’s Office declined comment.

Read the charging documents against Massey, below.