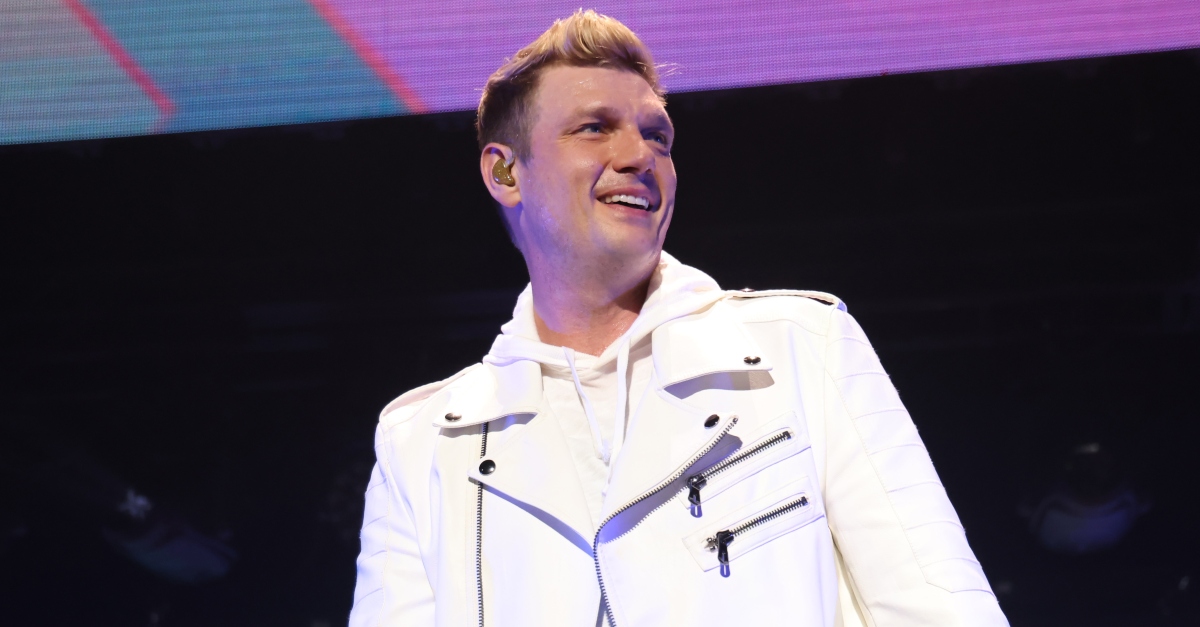 Singer Nickolas “Nick” Carter faces a lawsuit for allegedly raping a 17-year-old girl at a 2001 concert. According to the lawsuit, he slipped the teen alcohol in a tour bus and then forced himself on her.

Through the rape, The Backstreet Boys star infected the victim with HPV, the complaint alleged. Carter allegedly told the teen that she would to go jail if she stepped forward about the rape, and that he would turn people against her.

“After my assault, I started cutting myself to hide my pain,” said plaintiff Shannon “Shay” Ruth, now 39, in a statement. The complaint said she lives with autism and cerebral palsy. “I still struggle with self-harm problems and I have self-esteem, trust and self-doubt issues. I am getting better and I am ready to seek justice. My main reason I’m here today is I want to stop Nick Carter from doing this to somebody else.”

The complaint, filed in Clark County, Nevada court, said three Does claimed to go through similar experiences. Carter allegedly plied the victims with alcohol, sexually abused them when they were virgins, and infected them with HPV.” Doe 2 was a 15-year-old girl when Carter “engaged in sexual intercourse” with her on multiple occasions in 2003, the lawsuit said.

“As of January 28, 2001, CARTER was above the age of 21,” the complaint stated. “When CARTER was of legal drinking age he furnished alcohol to minor females, including Plaintiff, before his sexual assaults. CARTER used his position as a famed singer to threaten these young women, telling them that no one would ever believe their story should they come forward, and to inflict physical and emotional harm upon these women.”

“Nick Carter is a monster,” plaintiff attorney Mark Boskovich said in a statement.

According to the complaint, Carter’s musical group The Backstreet Boys performed at the Tacoma Dome in Tacoma, Washington, in February 2001. Ruth, then 17, attended the concert with a friend. The Backstreet Boys, including Carter, stayed after the show for autographs, the lawsuit stated.

“Plaintiff waited in the autograph line. While in line, CARTER invited Plaintiff to join him on his tour bus,” the lawsuit stated. “In the bus, CARTER led Plaintiff to a table and asked her if she wanted a beverage. In response, Plaintiff requested an apple juice. CARTER said he had cranberry juice and gave her a red-colored drink. Plaintiff thought the juice tasted weird. CARTER said the beverage was ‘VIP juice’ for the tour. Plaintiff is informed and believes CARTER’s ‘VIP juice’ was an alcohol cranberry juice concoction. Despite the strange taste, Plaintiff drank the beverage as to not to be rude.”

After the victim finished the drink, Carter took her to the tour bus’ bathroom, the complaint stated. He allegedly pulled down his pants, exposing his genitals, and told Ruth to touch him and put his penis in her mouth.

“Terrified, Plaintiff began to cry. Plaintiff was a virgin at the time,” the complaint stated. “She had never had a sexual experience. Additionally, Plaintiff was raised in a religious household that prohibited oral sex or sexual intercourse before marriage. Plaintiff took that edict to heart. Irritated by her response, CARTER asked Plaintiff ‘Why are you crying?! Stop crying!’ He continued to instruct Plaintiff to orally copulate him.”

According to the complaint, Ruth said she was going to tell someone what Carter did to her. In response, the singer allegedly threatened her.

When Plaintiff tried to leave the tour bus, CARTER stopped her. He grabbed Plaintiff’s arm, leaving a bruise, and screamed at her. He told Plaintiff she was a “retarded little bitch” and no one would believe her. CARTER went on to tell Plaintiff that any of the females waiting for his autograph outside would have wanted her experience. CARTER threatened to turn people against her and deny his knowledge of her. He told Plaintiff she would go to jail if she told anyone what happened between them. He said that he was Nick Carter, and that he had the power to do that. Due to his various threats, Plaintiff did not report CARTER’s crimes for many years.

“The investigation into Shay’s case led us to other victims, whose stories are remarkably similar – they were all virgins when Carter sexually assaulted them and they were all infected with HPV,” Boskovich said. “I’m hoping other women will come forward and stand with Shay since Nick Carter apparently has a long history of sexual assaults.”

Boskovich asked that “anyone with information on Shay’s case, as well as other women who were sexually assaulted by Nick Carter” to call (408) 289-1417.

“This accusation is categorically false, Nick is focusing on his family and mourning the death of his brother,” a source close to Carter said, referring to the recently deceased star Aaron Carter, according to TMZ.

Singer Melissa Schuman previously alleged that Nick Carter raped her in 2003, but prosecutors in Los Angeles County declined to press charges because the statute of limitations ran out in 2013. Carter denied that allegation.