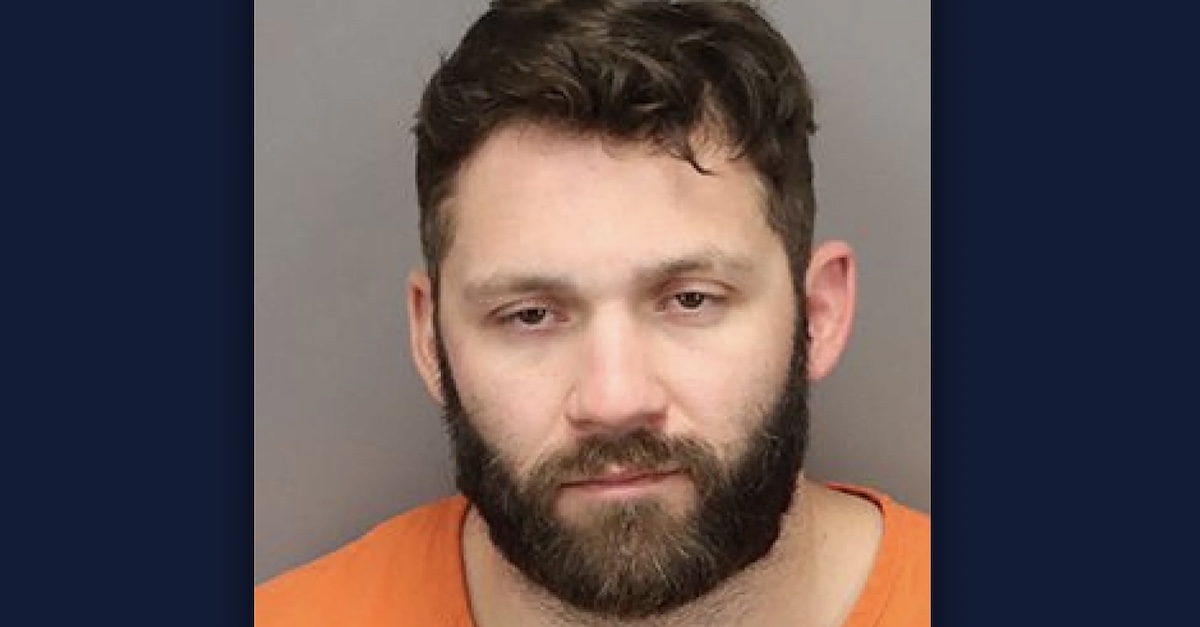 A 30-year-old police officer in Illinois was arrested by sheriff’s deputies while on vacation in Florida after he allegedly urinated in the ice machine of the hotel bar and engaged in a physical altercation with a hotel employee.

Henry Capouch, an officer with the Chicago Police Department, was taken into custody on Monday and charged with one count each of simple battery and disorderly conduct, records reviewed by Law&Crime show.

According to a sworn affidavit of probable cause obtained by Law&Crime, deputies with the Pinellas County Sheriff’s Department at approximately 12:32 a.m. on Dec. 5, 2022 responded to a call at Jimmy B’s Beach Bar at the Beachcomber Hotel located in the 6200 block of Gulf Boulevard on St. Pete’s Beach.

The caller, an employee, told the emergency dispatcher that they ran into an adult male relieving himself in the ice machine and claimed that the man struck him when he tried to intervene.

According to authorities, a security guard employed by the hotel witnessed Capouch allegedly striking his coworker. When the sheriff’s deputies arrived on the scene, the security guard escorted them to the beach, where they found Capouch sitting with his girlfriend. The deputies approached them about the encounter at the ice machine.

“The defendant was actively resisting and initially not obeying lawful commands while being detained,” the affidavit states. “The defendant continued to yell and kept standing when told to sit by law enforcement.”

The simple battery charge states the Capouch did “actually and intentionally strike [the hotel employee] against the will of [the hotel employee], and did cause bodily harm” when he “utilized both of his hands and shoved the victim in the chest a couple of times.”

The disorderly conduct charge alleges that Capouch was behaving in a manner that “was creating a threat to the life or safety of the person or others.”

Both of the charges Capouch is facing are first-degree misdemeanors.

The affidavit further states that deputies believed Capouch, a five-year veteran of the Chicago PD, was under the influence of alcohol at the time of his arrest. He was booked at a Pinellas County jail and released the same day after posting $650 bond, jail records show. There was no attorney for Capouch listed in court records as of Thursday afternoon.

In other “Florida man” news, another strange arrest took place just a mile up the road from Jimmy B’s Beach Bar last month, when a 45-year-old suspect was arrested at the Sun Island Motel for allegedly battering his 33-year-old girlfriend with a sex toy following some sort of an argument on Thanksgiving day.