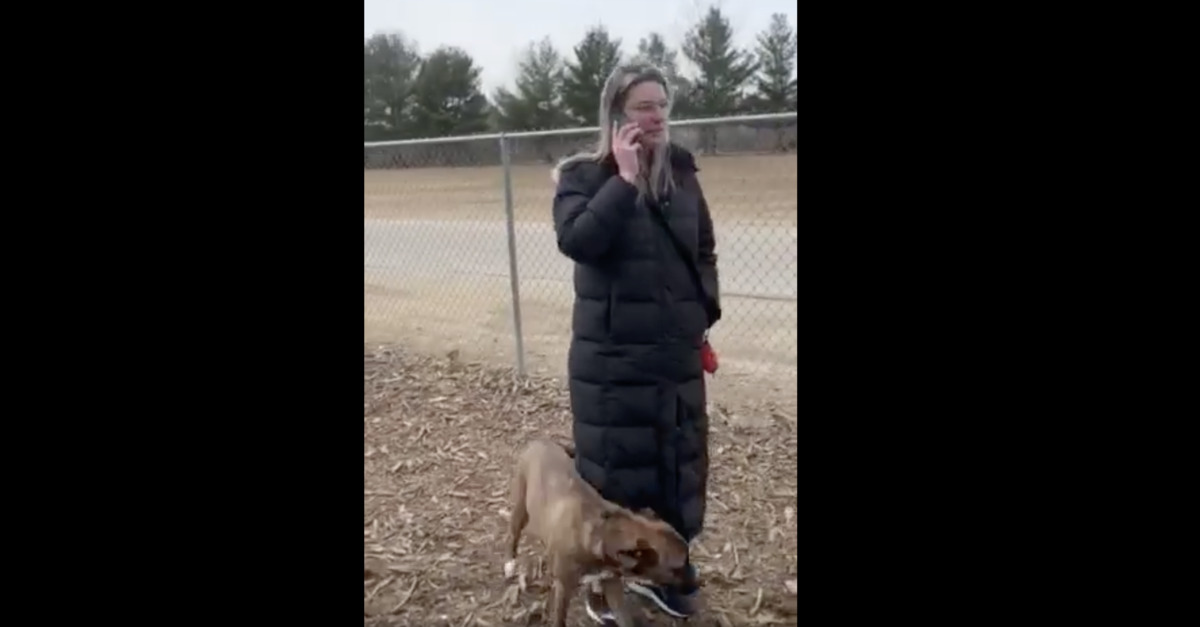 A Black man who caused a viral stir years ago after filming an encounter with a white woman in a dog park has been initially vindicated by a state body in Massachusetts.

Way back in February 2019, an unidentified white woman in Attleboro, Mass. called the police on Franklin Baxley, who is Black, because of an incident involving one of his dogs humping her dog at a dog park.

Baxley filmed parts of the encounter in which the woman can be seen telling 911 operators that he was allegedly “verbally assaulting” her.

“I’m not verbally assaulting you,” Baxley says while filming the encounter. “I told you I’m not leaving.”

That allegation was made after his pitbull Dusse mounted the woman’s dog. She was left frustrated by that display and eventually called police as things spiraled between the two dog owners.

“Your dog keeps humping my dog and assaults him,” the woman said in one of many viral videos posted regarding the canine contretemps.

“My dog’s assaulting your dog, do you listen to yourself?” Baxley says in response–noting that he separated his dogs from hers after she complained but that she still asked him to leave the park.

“She’s calling the police because my dog humped her dog,” he said later before adding. “You don’t call the cops on that.”

But cops did eventually arrive. They then threatened Baxley with a ticket for leaving his car’s engine running. So, he finally left.

That might have been the end of it–aside from the viral nature of the videos and a bevy of bespoke sobriquets including “Dog Park Debbie” and “Dog Park Diane.”

“You heard of Barbecue Becky cause this is the newest one, right here,” he added–evoking the social media/journalistic genre and allegations of racism. “I bet if I was white you wouldn’t have called the cops.”

But the major human instigator of the incident–who has still yet to be identified publicly–had some backup that day in the form of a dog park volunteer who was, at least in some degree, affiliated with the City of Attleboro.

Baxley filed a complaint against that volunteer, Carol Ferraro, and the city with the Massachusetts Commission Against Discrimination alleging racial discrimination. Both the city and Ferraro denied the allegations against them.

According to The Sun Chronicle, a newspaper that serves the area, the MCAD found probable cause that Baxley was racially discriminated against–setting the stage for a possible public hearing if a settlement isn’t reached early this year.

The outlet reports that Ferraro also called police after witnessing some of the discussion between Baxley and the white dog owner. The MCAD rejected Ferraro’s claim that she called police because Baxley was being aggressive toward the other white woman.

The Chronicle also notes some after-the-fact behavior allegedly committed by Ferraro that influenced the committee’s decision:

Ferraro also said she posted Baxley’s photograph to the park and forestry department’s Facebook page with a warning for people not to approach him and call police at the superintendent’s direction because he was banned from the park.

However, the city denied Ferraro’s claim, according to the commission’s documents.

The commission investigator said the matter about the Facebook post could only be resolved by a public hearing because the material facts are disputed.

A conciliation hearing is currently scheduled for Jan. 4 in order for the parties to come to some sort of amicable conclusion before necessitating an under-oath public hearing.