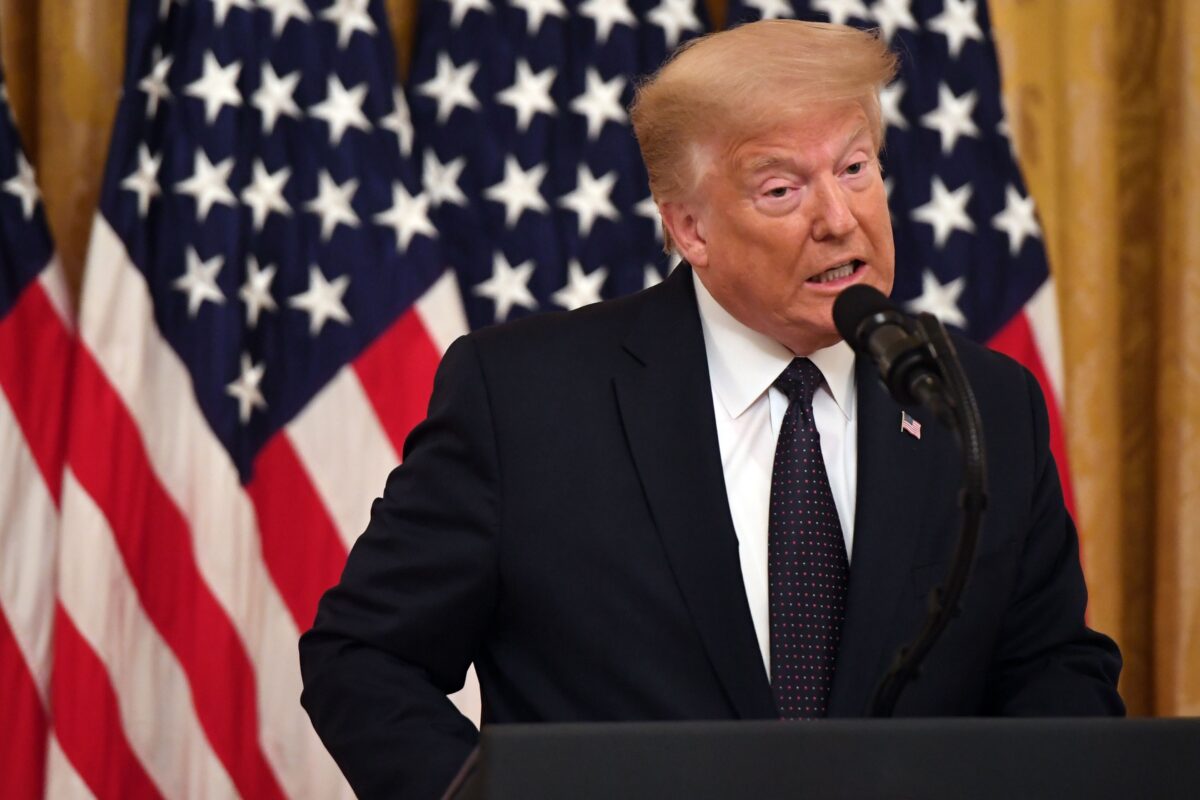 President Donald Trump earlier this month issued an executive order directing federal agencies to cease conducting training aimed at addressing issues such as “white privilege,” critical race theory, or other “propaganda” that teaches the U.S. is “inherently racist.” The administration followed up this week with a memo detailing harsh consequences for failing to abide by the president’s order. The order has led to widespread “confusion” and “triggered backlash” among a swath of veteran federal employees, many of whom believe the new rules are being dictated by conservative news segments the president sees on television, The Washington Post reported on Wednesday.

The administration followed up on the president’s order by instituting harsh punishments for any federal agency or contractor failing to comply with the new training standards. But the lack of concrete guidelines has resulted in wide-scale cancellations of training on topics previously viewed as essential, and created “something of a mess” with agencies, per the Post. For example, National Parks Service officials struggling to comply with the directive and abruptly cancelled trainings related to diversity and sexual harassment.

Some career agency employees have also logged complaints about the genesis of the order, pointing to the president’s appetite for consuming conservative media. Trump’s initial order was issued immediately after Fox News aired several segments that were critical of the government’s diversity and inclusion programs.

The order “triggered a backlash within the White House’s Office of Management and Budget, with some career employees complaining policy is being set based on what the president sees on conservative cable networks — and OMB officials are happily going along with it,” the Post reported.

One official described the origin of the administration’s decision as being the direct result of Trump watching Fox News.

“Trump saw one of the cable news programs and asked aides, ‘What is this crap?’ an administration official said, describing his reaction, and he directed OMB to cancel the seminars,” the report stated. “Trump saw the matter as a winning campaign issue. Within days, a guest on Fox News who raised the issue had been called, [OMB Director Russel] Vought had been summoned to the Oval Office, and the memo from OMB had been drafted.”

House Democrats on Tuesday requested excoriated the administration over the decision to end the federal training programs.

“OMB’s memorandum and President Trump’s Executive Order exhibited a level of ignorance rarely seen at executive levels in government or the private sector,” wrote members of Committee on Oversight and Reform. “For instance, they hyperventilated that diversity trainings were ‘un-American propaganda’ and ‘race or sex stereotyping or scapegoating.’  These trainings help Americans to understand the history of race and racism in the United States, how that legacy affects government policy, and how they can identify and correct unconscious biases that affect important policy and personnel decisions.”