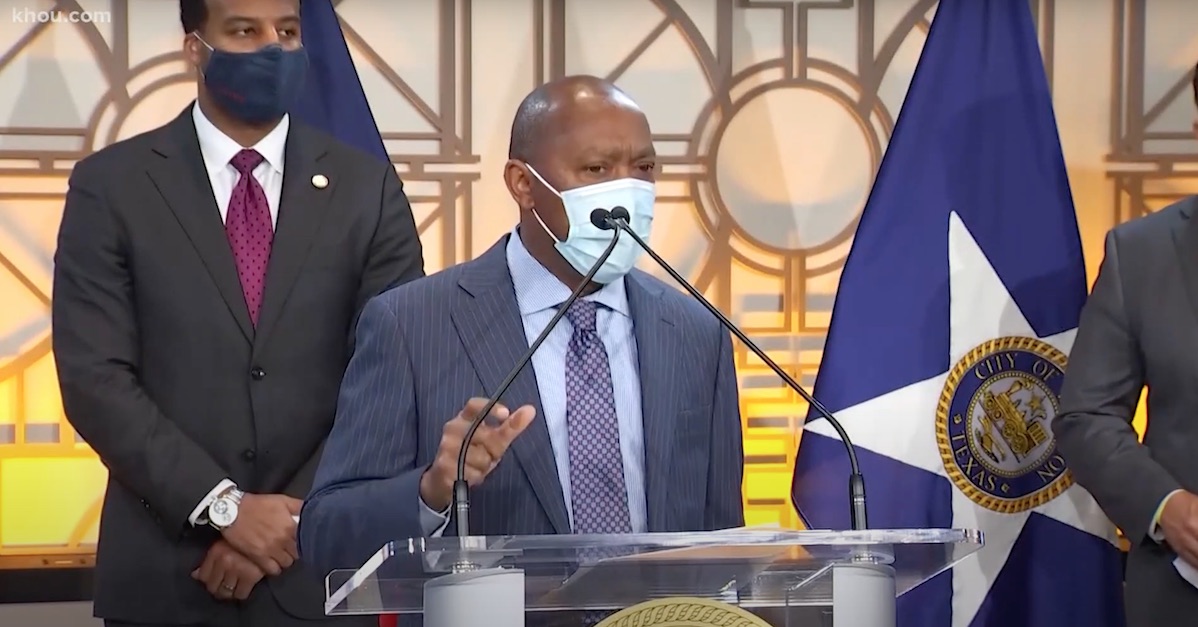 Positive coronavirus tests have risen by the thousands in Houston, Texas, so on July 8 the mayor canceled the Texas Republican Party’s scheduled in-person convention at the George R. Brown Convention Center. The Texas GOP promptly sued and eventually petitioned to the state’s Supreme Court, asking the court to order the enforcement of the contract that was signed. The GOP lost that bid on Monday.

The Texas Supreme Court declined to issue a writ of mandamus, which would have directed Houston First Corporation to perform legal obligations under the contract. The court cited a lack of jurisdiction in a narrow ruling.

As the court noted, Houston First, when terminating the convention agreement last week, “invoked a force majeure clause” (sometimes referred to as an “act of God” clause)—citing “the unprecedented scope and severity of the COVID-19 epidemic in Houston.” The 2020 State Convention had been scheduled to take place from July 13-20. The Texas GOP claimed that Houston First had a “duty imposed by law” to carry out the terms of the agreement, even during a pandemic:

The Party invokes Section 273.061 of the Election Code, which gives the Court jurisdiction to “issue a writ of mandamus to compel the performance of any duty imposed by law in connection with the holding of an election or a political party convention, regardless of whether the person responsible for performing the duty is a public officer.” TEX. ELEC. CODE § 273.061 (emphasis added).

The court concluded that the statute the Texas GOP cited in its mandamus petition was “inapplicable.”

“Section 1.005(10) defines ‘law’ in the Election Code to mean ‘a constitution, statute, city charter, or city ordinance.’ Id. § 1.005(10). Thus, ‘duty imposed by law’ in Section 273.061 is limited to a duty imposed by a constitution, statute, city charter, or city ordinance,” the Texas Supreme Court ruled. “The Party does not assert that Houston First owes it any such duty. The Party argues it has constitutional rights to hold a convention and engage in electoral activities, and that is unquestionably true. But those rights do not allow it to simply commandeer use of the Center. Houston First’s only duty to allow the Party use of the Center for its Convention is under the terms of the parties’ Agreement, not a constitution.”

“In sum, I would not allow Houston First to put its contractual obligations second. Exercising our mandamus jurisdiction here to compel Houston First and the other defendants to host the Republican Party’s convention is not only appropriate—but necessary—to preserve the sanctity of contract and our elections,” Devine said. “Today the Court errs by refusing to uphold these values. And this refusal, I’m afraid, will have ripple effects far beyond this misguided jurisdictional punt. I respectfully dissent.”